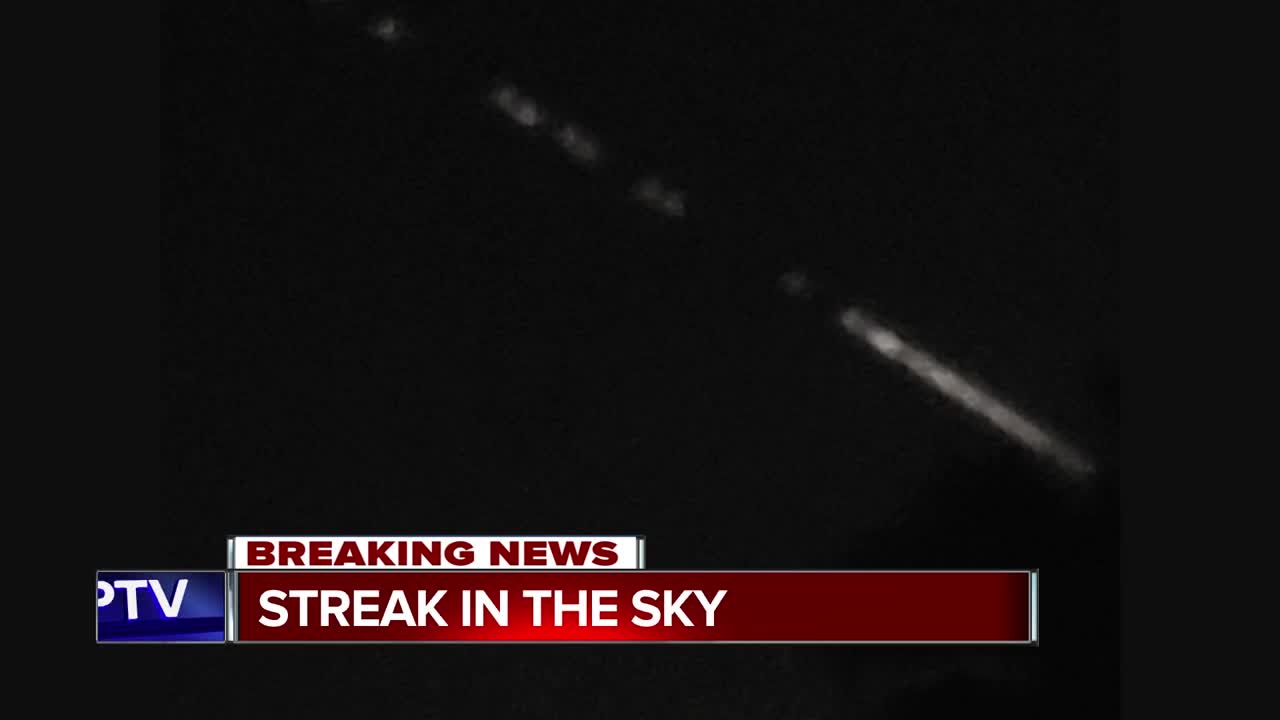 Around 5:30 a.m., WPTV received a call from Keith Howell, a resident in Clewiston, Florida, who said he was walking his dogs when he saw a huge streak across the eastern sky.

Storm Team 5 Meteorologist Kahtia Hall reported that the National Weather Service said Wednesday that the object could be part of the Quadrantid meteor shower which is occurring through mid-January.

WINK-TV Meteorologist Matt Devitt in Fort Myers tweeted at 6:16 a.m. that he received similar reports from a viewer in Charlotte County, Florida.

Just before 7 a.m., Chopper 5 also saw some strange cloud-like streaks in the eastern sky, but it is unclear if that is related to the early-morning cosmic questions.

Last week, a mysterious object, with what looked like fire coming from the back, was spotted off the Treasure Coast on New Year's Day. However, the U.S. Department of Defense said it was a commercial airplane that had sunlight reflecting off the plane's contrails, creating an illusion that the object was on fire.

OBJECT IN THE SKY ☄️ Getting reports just after 5 AM of something streaking across the SW Florida sky. In the process of determining if it's a meteor, space debris, or something else. Credit: WINK Viewer David Bentley, Charlotte County. @NWSTampaBay @spann pic.twitter.com/6QCtnSthCr