Man believed to be mauled to death by pack of dogs, Highlands Sheriff says 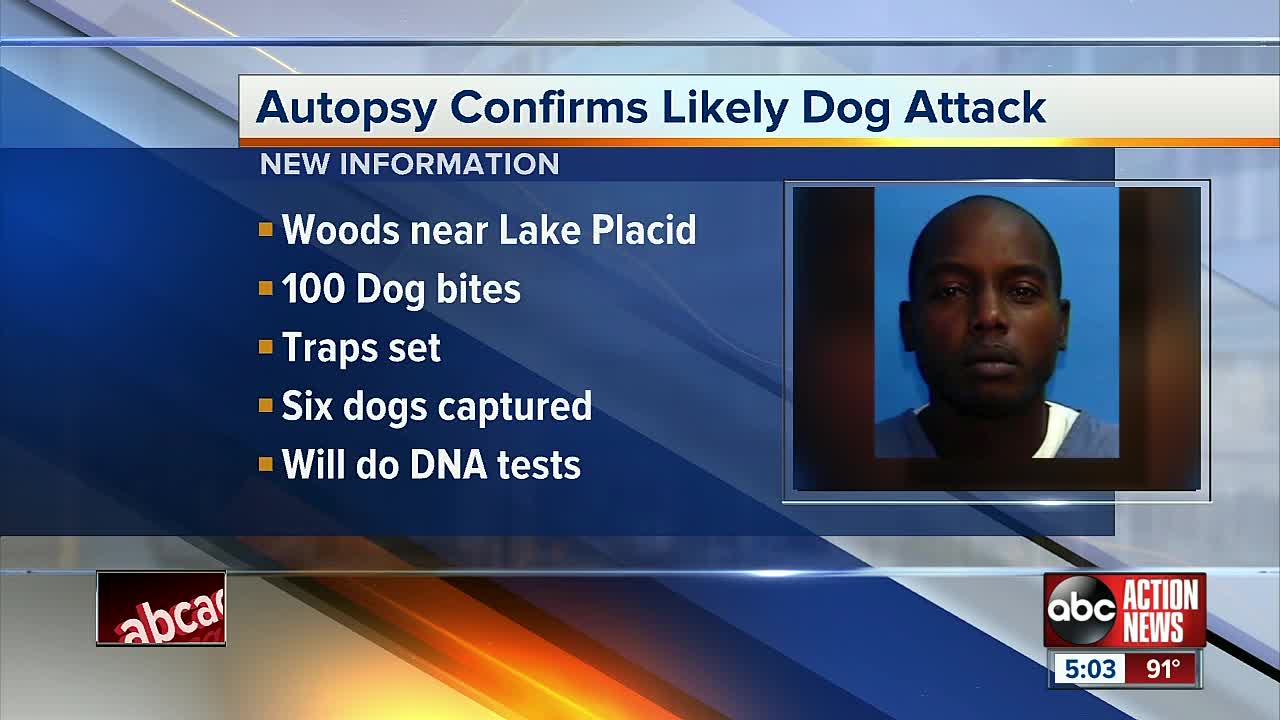 Deputies are investigating a suspicious death believed to be caused by a pack of dogs in Highlands County. Story: https://wfts.tv/2YzA69i

HIGHLANDS COUNTY, Fla. -- Deputies are investigating a suspicious death believed to be caused by a pack of dogs in Highlands County.

The Highlands County Sheriff's Office responded to a call of a body found in a wooded area in Lake Placid a little before Thursday afternoon. Deputies identified the deceased man as 45-year-old Melvin Olds Jr.

Following investigation, deputies noticed Olds suffered injuries that would come from an animal attack, believed to be from a pack of dogs. The medical examiner also responded to the scene and could not find any injuries other than the ones caused by the dogs.

Autopsy results found more than 100 dog bites on the victim's body, the sheriff's office said on Friday. A final determination of what killed Olds will be made after toxicology results.

A pack of dogs was later spotted in the area shortly after Olds' body was discovered. Deputies say six dogs have been captured in the area and their bite size matches wounds on Old's body. However, authorities say that alone is not enough to say for sure that they were the animals involved.

DNA from the captured dogs will be compared to DNA collected from the wounds, deputies say.

"While we may have the dogs that were responsible for this horrible tragedy, we won’t know for sure for a while,” Sheriff Paul Blackman said. “I want to encourage residents of Highway Park and the surrounding area to be on the lookout for any loose dogs, especially those that seem aggressive. We don’t want anyone else to be injured.”

Anyone with information on the pack of dogs or see other dogs that show aggressive behavior is asked to call 863-402-7200.