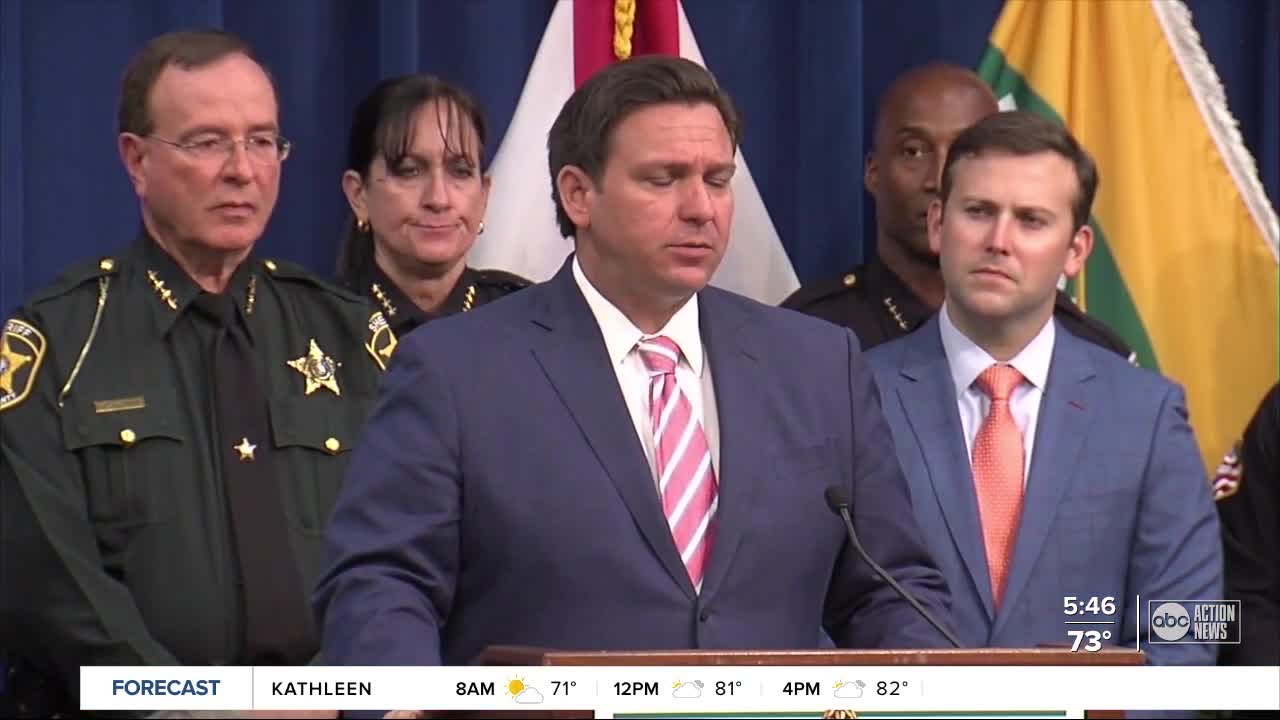 Gov. DeSantis said the legislation would be the boldest and most comprehensive piece of legislation of its kind in the country. Story: https://bit.ly/32QOXRq 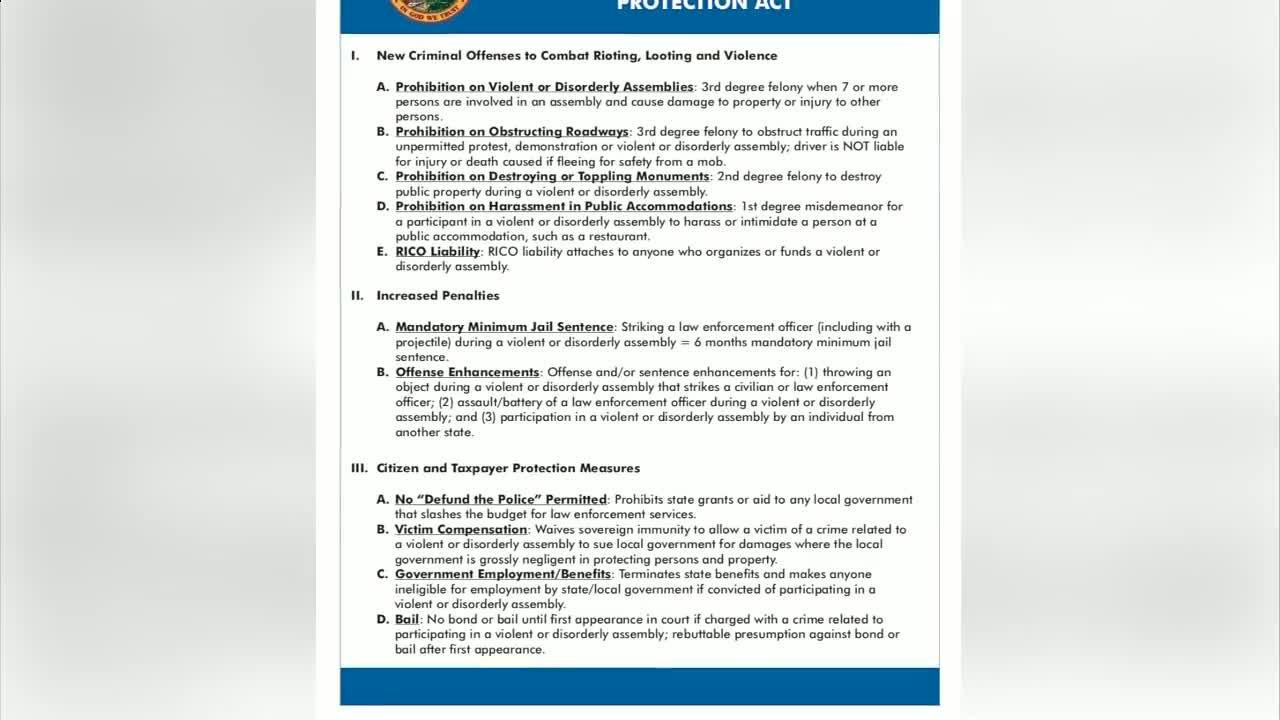 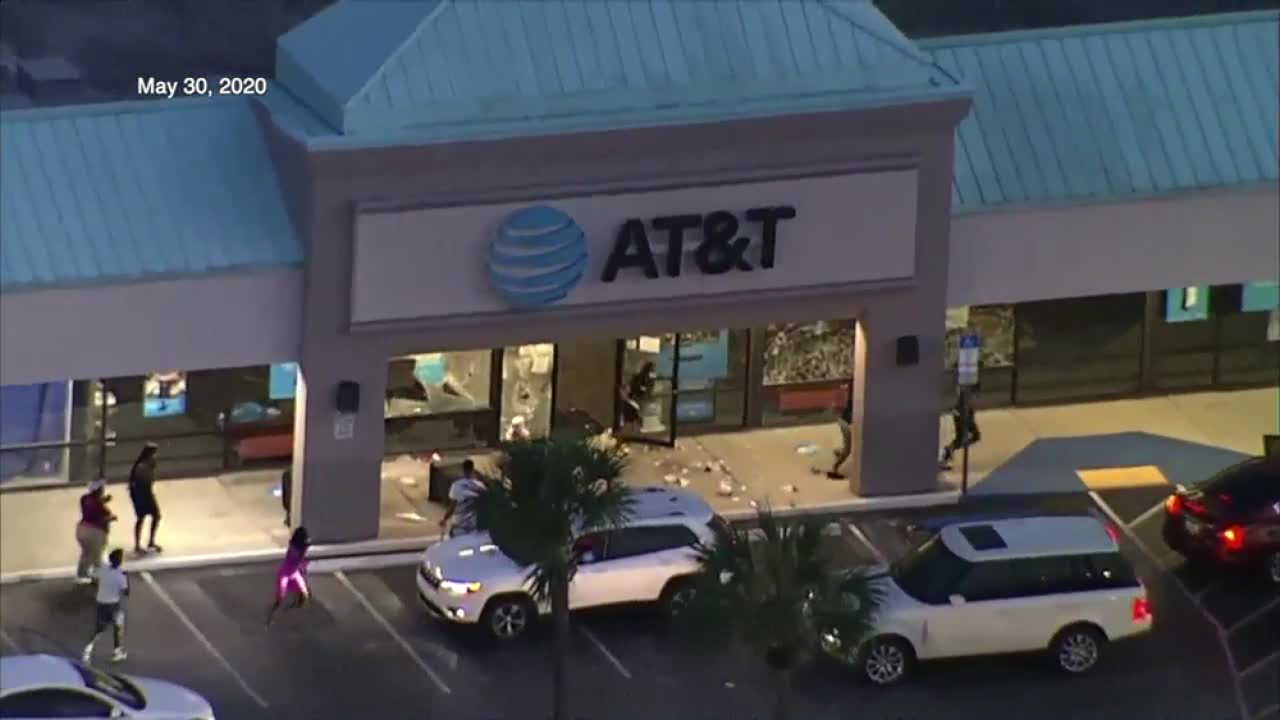 POLK COUNTY, Fla. -- A new proposal championed by Governor Ron DeSantis is cracking down on people targeting law enforcement and participating in what lawmakers call violent or disorderly assemblies.

“I think we have to stand unequivocally behind the people behind me who put on the uniform and put themselves at risk to be able to defend our freedoms and defend our society,” said Gov. DeSantis.

Gov. DeSantis said the legislation would be the boldest and most comprehensive piece of legislation of its kind in the country.

“It would be counterproductive to do anything for people peacefully protesting, but we’ve seen these images in parts of the country,” Gov. DeSantis said.

The bill would prohibit violent or disorderly assemblies and make it a third-degree felony, defined as seven or more people involved in an assembly and causing damage to property or injury to others. During these assemblies, it makes it a felony to destroy or topple monuments, harass someone in a public accommodation like a restaurant and obstruct the roadway.

“We see people take over the interstates. It’s absolutely hazardous it’s not fair to motorists who may get caught up in that and so that will be unacceptable,” said the Governor.

Under the bill, a driver wouldn’t be liable for injury or death caused “…if fleeing for safety from a mob.” It also attaches RICO liability to those organizing or funding these gatherings.

The bill also creates a 6-month mandatory minimum jail sentence for striking a law enforcement officer, including with a projectile, during these assemblies and creates offense enhancements.

The bill would also prohibit state aid to local governments that slash law enforcement’s budget, waive sovereign immunity to allow a victim of a crime related to the assembly to sue local government. It would terminate state benefits and make someone ineligible for state or local government employment if they’ve been convicted of participating in a violent or disorderly assembly.

It would also create no bond until someone’s first appearance.

“This is a very robust package. I think what it’s saying is we are not going to let Florida go down the road that some of these other places have gone. And if you can do this and get away with it, then you’re gonna have more people do it,” Gov. DeSantis said. “If you do it and you know there’s gonna be a ton of bricks rained down on you, then I think people will think twice about engaging in this type of conduct. And ultimately, safe communities are the foundation of everything else we care about as Floridians.”

The ACLU of Florida spoke out against the proposal.

“Gov. DeSantis’ proposal is undemocratic and hostile to Americans’ shared values. This effort has one goal: silence, criminalize, and penalize Floridians who want to see justice for Black lives lost to racialized violence and brutality at the hands of law enforcement,” Micah Kubic, executive director of the ACLU of Florida, wrote in part in a news release.

Those advocating for change in Tampa and St. Petersburg also denounced the bill.

“It’s just very clearly political oppression meant to keep people out of the streets, meant to scare people out of continuing to demand justice for the black lives lost,” said David Jones, an organizer with the Tampa Bay Community Action Committee.

He, like many others, has taken part in demonstrations over the summer demanding justice and reform.

“Time and time again, we seem to make space for a conversation that doesn’t really and honestly encapsulate the overwhelming majority of protests that have happened across the country,” said Ashley Green, a community organizer and member leader with the organization, Dream Defenders.

“I look at a law like this, which is another example of pre-emption by the state of Florida and then I have to ask our primarily conservative Republican legislature how is that in line with their goal of small government?” said Angel D’Angelo, the co-founder of the Restorative Justice Coalition.

They raised concerns about the state government’s role and the safety of those raising their voices.

“It felt like folks wouldn’t have their ability to use their freedom of speech and feel as safe doing it. I know that’s a concern for a lot of folks going out and voicing their need for reform. It’s definitely really scary,” said Sadie Dean, co-founder of the Restorative Justice Coalition.

Some also raised concerns about the language used.

“All of the language about violence is already illegal. So you don’t have to double down on that. What there is in this bill is guilt by association. By trying to say any gathering which a police officer declares to be disorderly automatically gets categorized as violent. That’s violence that’s political violence that’s political suppression,” said Rev. Dr. Russell Meyer, the director of the Florida Council of Churches.

The state legislature would still need to consider and vote on the bill for it to become law.

You can read more about the proposal here.