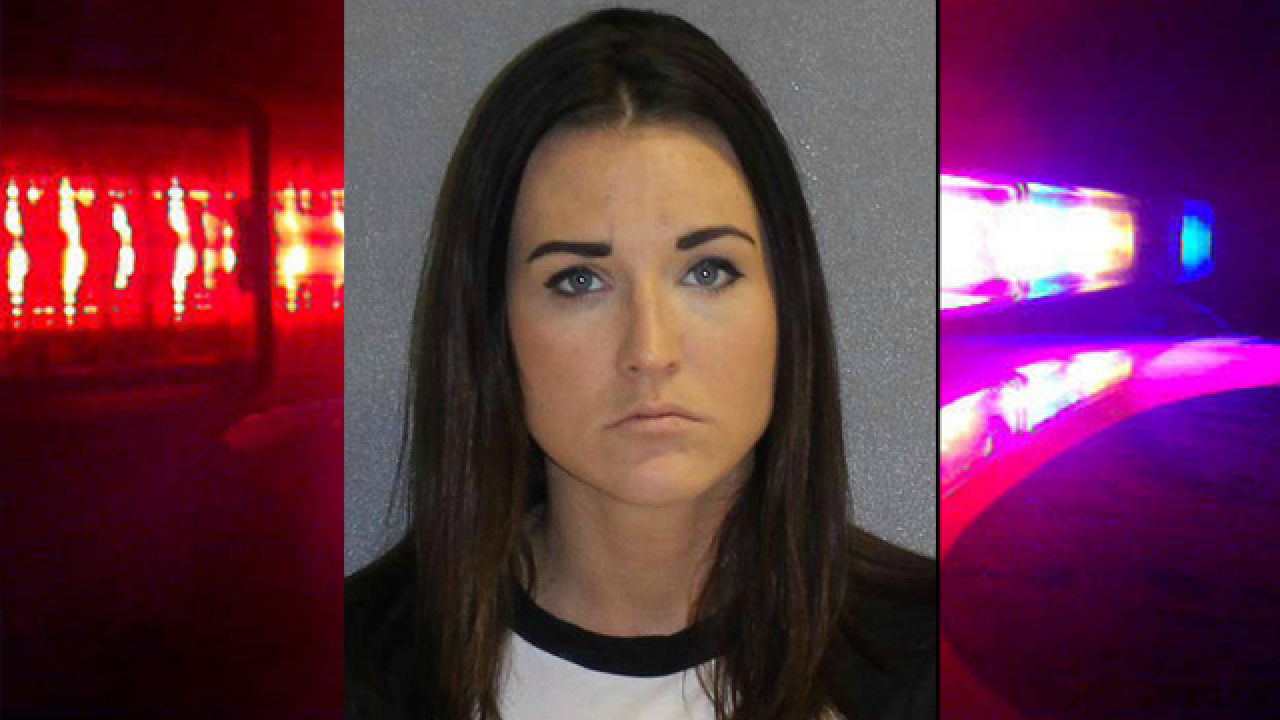 VOLUSIA COUNTY, Fla. — A 26-year-old Florida middle school teacher was arrested on Wednesday for having a secret, sexual relationship with a 14-year-old boy, deputies say.

Deputies say that her relationship with the teenage boy is believed to have started in November.

A detective responded to the victim’s family’s home Tuesday after the student disclosed the relationship to his parents. The student, an 8th grader, told detectives Peterson would send him nude photos. He said she started coming to his home at night, picking him up around 11 p.m. on several occasions and bringing him back around 1 or 2 a.m., according to the Volusia County Sheriff's Office.

The victim reported that Peterson told him they couldn’t tell anyone about their relationship or they’d get in trouble. He also said she bought him marijuana and bowls for smoking it, and that his grades suffered after their relationship started, deputies say.

Peterson was and charged with two counts of lewd or lascivious battery and one count of transmission of harmful materials to a minor. She was transported to the Volusia County Branch Jail placed under a $25,000 bond. She resigned her teaching position on Monday, according to the School District.

Detectives are asking parents to talk to their kids, and anyone with information about any additional potential victims is asked to contact the VCSO Child Exploitation Unit at 386-323-3574.