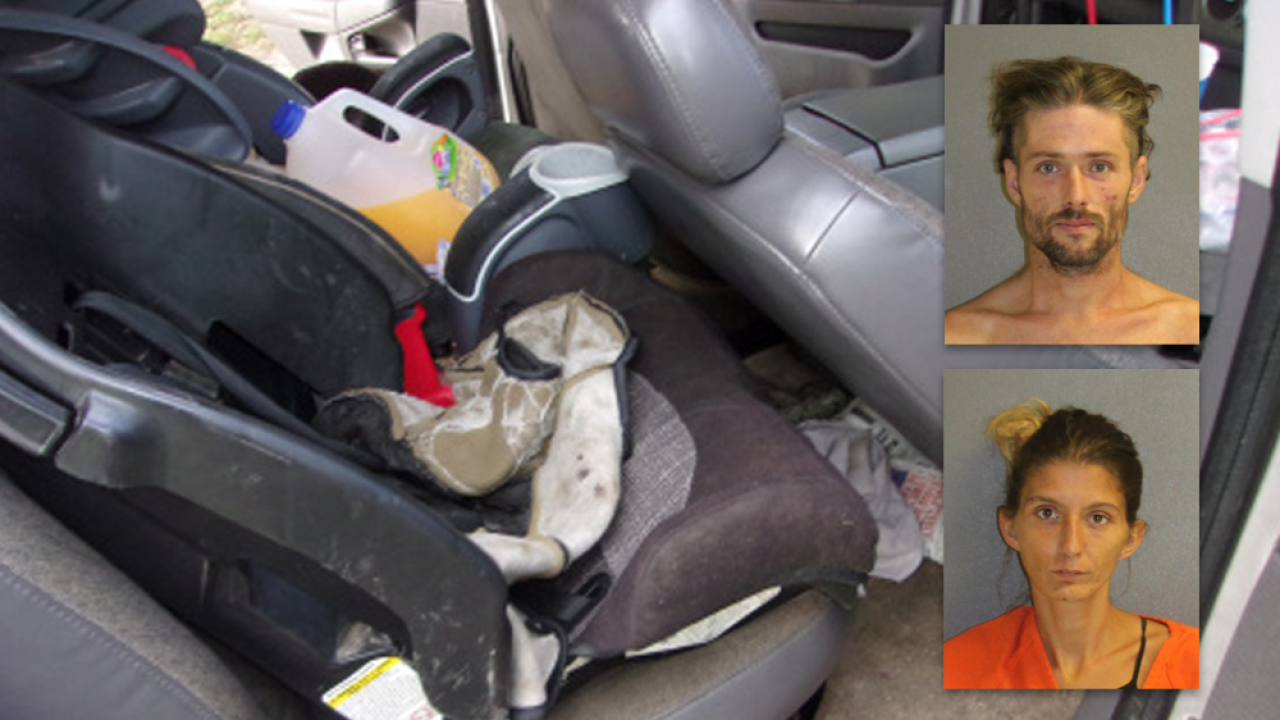 DELAND, Fla. — Police in Deland say two people are facing charges after they used drugs inside a roach-infested vehicle next to a 2-year-old girl on Wednesday.

Dexter and Wilson were inside the vehicle, which was parked and turned off in a small park when they were approached by an officer. According to the police department, the temperature outside was 104 degrees at the time and the officer was asking the couple if they needed help.

While talking to the couple, police say the officer saw drug paraphernalia in plain view. A narcotics investigation was initiated, police say.

Dexter admitted to police that the substance was Dilaudid. He told them he and Wilson bought the drugs while the toddler was in the vehicle.

According to police, the toddler was walking freely in the vehicle wearing only a soiled diaper and shirt. They say she had numerous scabs on her legs and another on her neck.

Dexter told police the scab on the toddler's neck was from her accidentally bumping into a lit cigarette, according to police.

Officers saw several insects in the vehicle, including roaches. They say there was also soiled diapers, clothing and spoiled food containers inside the vehicle.

The toddler was medically cleared by fire rescue officials and turned over to a responsible family member, according to the police department.

Dexter and Wilson are in the Volusia County Branch Jail on $5,500 bond.