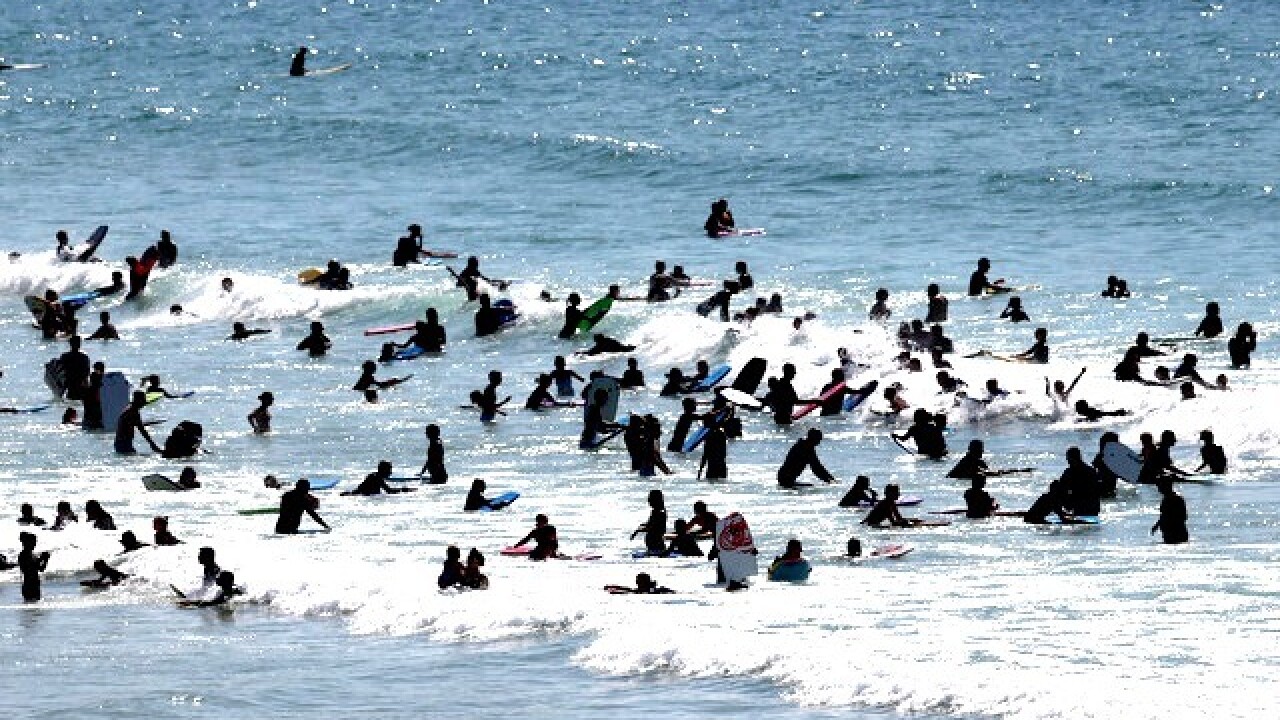 UPDATE - ABC Action News has confirmed that there was a death in Sarasota County from the vibrio vulnificus bacteria. The Sarasota Health Department apologized for not reporting it sooner.

New warnings issued Monday surrounding a bacteria found in the ocean that has already killed several people in Florida.

It is called Vibrio vulnificus, a cousin of the bacterium that causes Cholera and it thrives in warm saltwater. "Since it is naturally found in warm marine waters, people with open wounds can be exposed to Vibrio vulnificus through direct contact with seawater," the Florida Department of Health said in a statement.

The Florida Department of Health reports 13 people have contracted the bacteria and 3 have died from the strain. Last year, 41 people were infected and 11 died. Florida isn't the only state to report Vibrio vulnificus infections. Alabama, Louisiana, Texas and Mississippi have also recorded cases.

"It's quite discouraging because the beach is one of the more popular hobbies in Florida," said Tracy Brown of West Palm Beach.

Brown, who was enjoying a day at the beach with her daughter, had not really heard about the Vibrio bacterium.

She was stunned to hear someone could become sick by simply entering the water.

"The last thing you want to think about is going to the beach and leaving with something you least expect," said Brown.

Florida Department of Health experts said anyone with a compromised immune system or anyone with an open cut should not go into the water. Those who do jump into the ocean should wash off before heading home .

"It's definitely something to take serious, but there are a number of other bacteria, that you could run into," said Tim O'Connor, a spokesperson for the Florida Department of Health.

O'Connor said the state is closely monitoring the Vibrio bacteria. So far, he said the situation is not severe.

No cases have yet to be reported in Palm Beach County.

"It's definitely something we need to be more wary of especially if it's going to affect us sooner than later, it needs to be known," said Brown.

The deadly bacteria can also be contracted from consuming raw seafood like oysters.

Steve Gyland, owner of Cod and Cappers Fish Market, is all too familiar with the impact the Vibrio bacteria can have on someone, he survived it.

"It was like you were on fire. Like a burn-blister from a fire. It was weeks before I could walk on that leg," said Gyland.

On a scuba diving trip to the Bahamas, Gyland came into contact with the bacteria through a blister on his left foot.

Had he waited, Gyland believes it could have been worse.

"You could just watch the red, blistery skin just grow and expand and move up your leg," said Gyland.

But Gyland also sells an item at his market that the state health department warns is a leading cause of contracting the Vibrio bacteria, raw oysters.

Gyland said he posts warning all over his store and suggests people who are worried should buy oysters from cooler climates to the north.

The state health department said it is monitoring the situation and is telling consumers to cook their oysters before eating the shellfish.