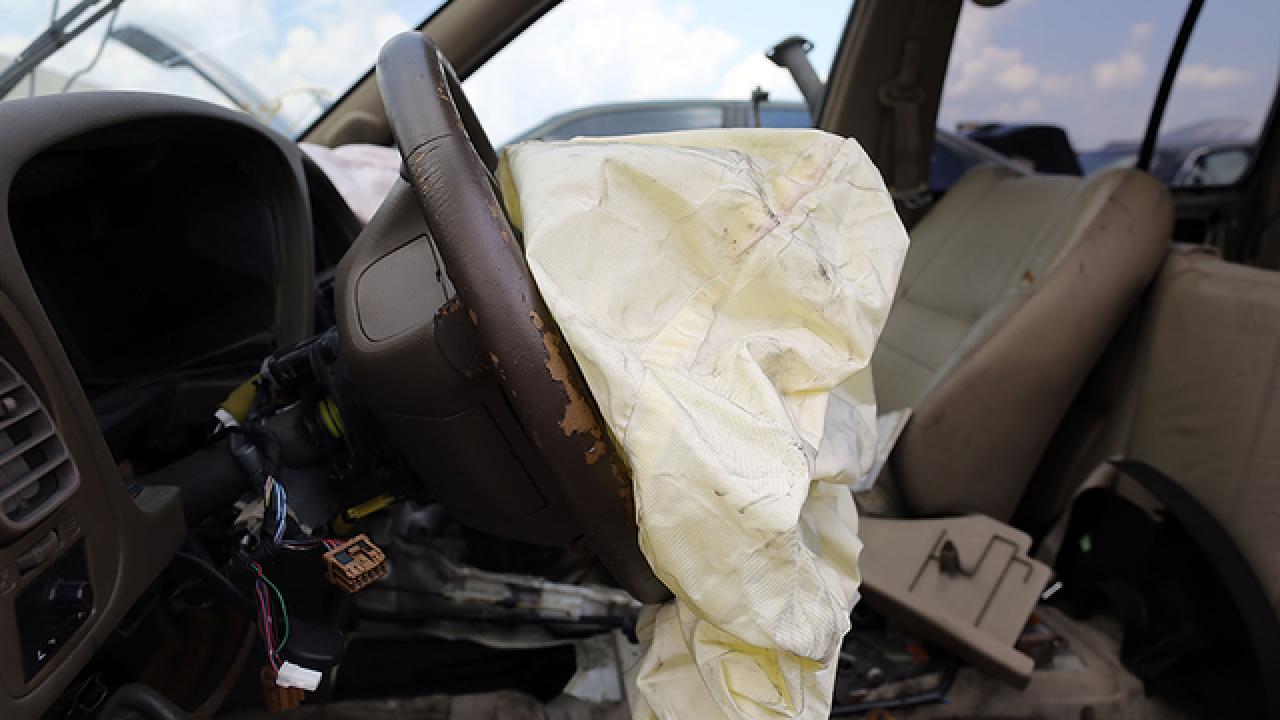 TALLAHASSEE, Fla. -- Numerous Nissan and INFINITI vehicles have been recalled due to a potentially deadly airbag flaw.

The Florida Department of Highway Safety and Motor Vehicles (DHSMV) has partnered with Nissan/INFINITI to urge Floridians owning certain 2001-2006 model year vehicles to immediately respond to an urgent recall notice.

DHSMV, Nissan and INFINITI have sent notices to affected owners of highest risk vehicles who have not yet responded to this recall asking they contact an authorized dealer for the free repair of potentially deadly airbag inflators made by Takata. These notices should not be ignored.

“It is critical that Florida motorists affected by this recall take action,” says Terry L. Rhodes, Executive Director of the Florida DHSMV. “Florida’s hot temperatures and humid climate increase the chances that these airbag inflators will explode. Ignoring this important notice could mean the difference between life and death for you and your passengers.”

DHSMV adds that the front passenger airbag inflator can rupture in a crash which could cause serious injury or death.

The following model year vehicles may be equipped with recalled airbags, and are the subject of the DHSMV and Nissan/INFINITI call to action:

If a customer is unsure if their vehicle is affected, they are encouraged to check their VIN using one of the following methods: contact their Nissan or INFINITI retailer, visit the NHTSA website https://nhtsa.gov/recalls or visit the Nissan or INFINITI web site. Owners may also contact Consumer Affairs with further questions at 800-647-7261 (Nissan) or 800-662-6200, option 7 (INFINITI),” reads Nissan’s statement.