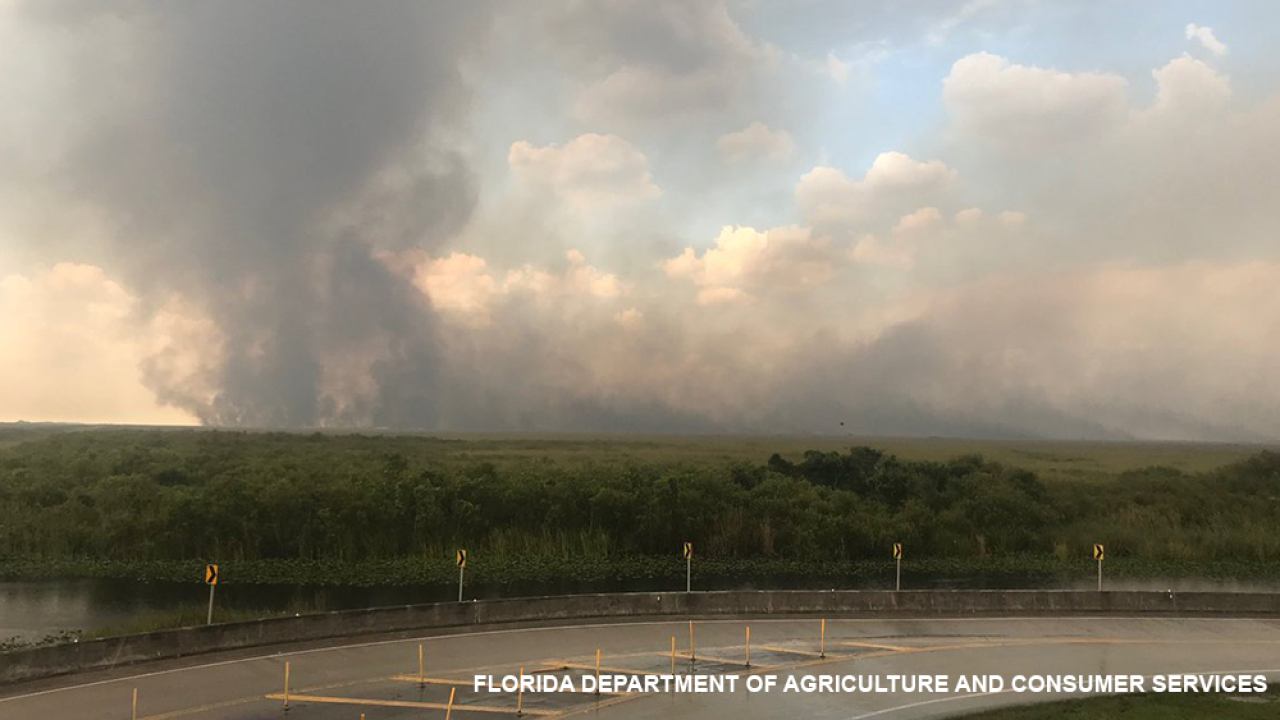 FORT LAUDERDALE, Fla. (AP) — A wildfire burning in the Florida Everglades has given some commuters a smoky ride home along Interstate 75 in an area called Alligator Alley.

Florida Forest Service officials confirmed lightning started the wildfire Sunday night and that it's now burning over 17,000 acres (6,900 hectares) just north of the busy interstate and a few miles west of a state highway. So far, firefighters haven't contained any of the blaze, hindered by its remote location in an eastern section of the Everglades.

No buildings were in immediate danger. But officials warn that smoke may settle along roadways and within communities, especially at or after nightfall. Motorists are being urged to exercise caution by slowing down, turning on their headlights and watching for emergency vehicles.