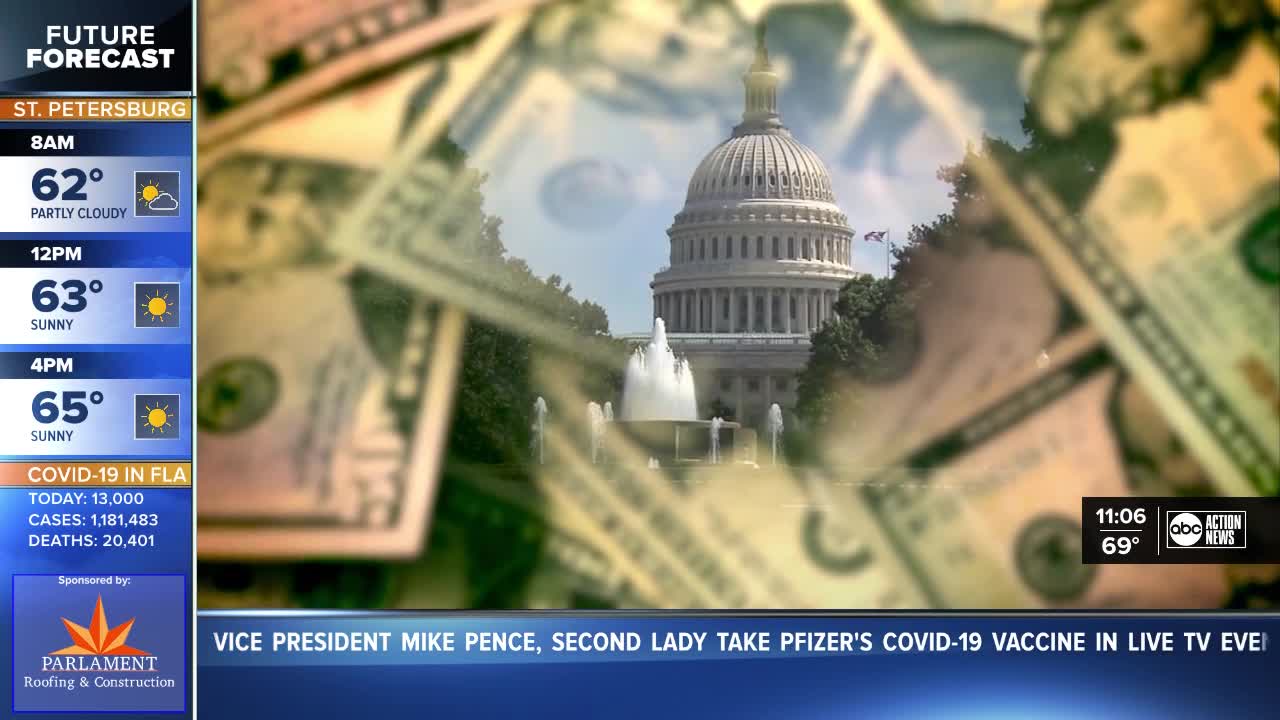 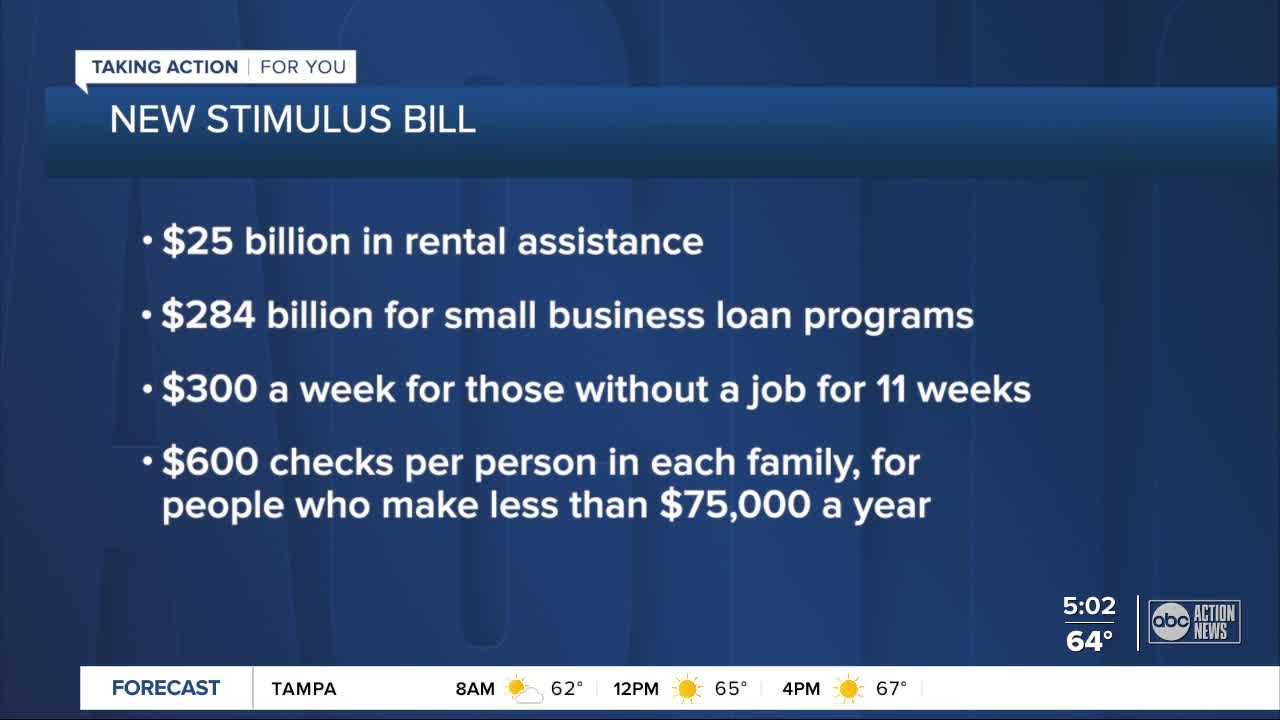 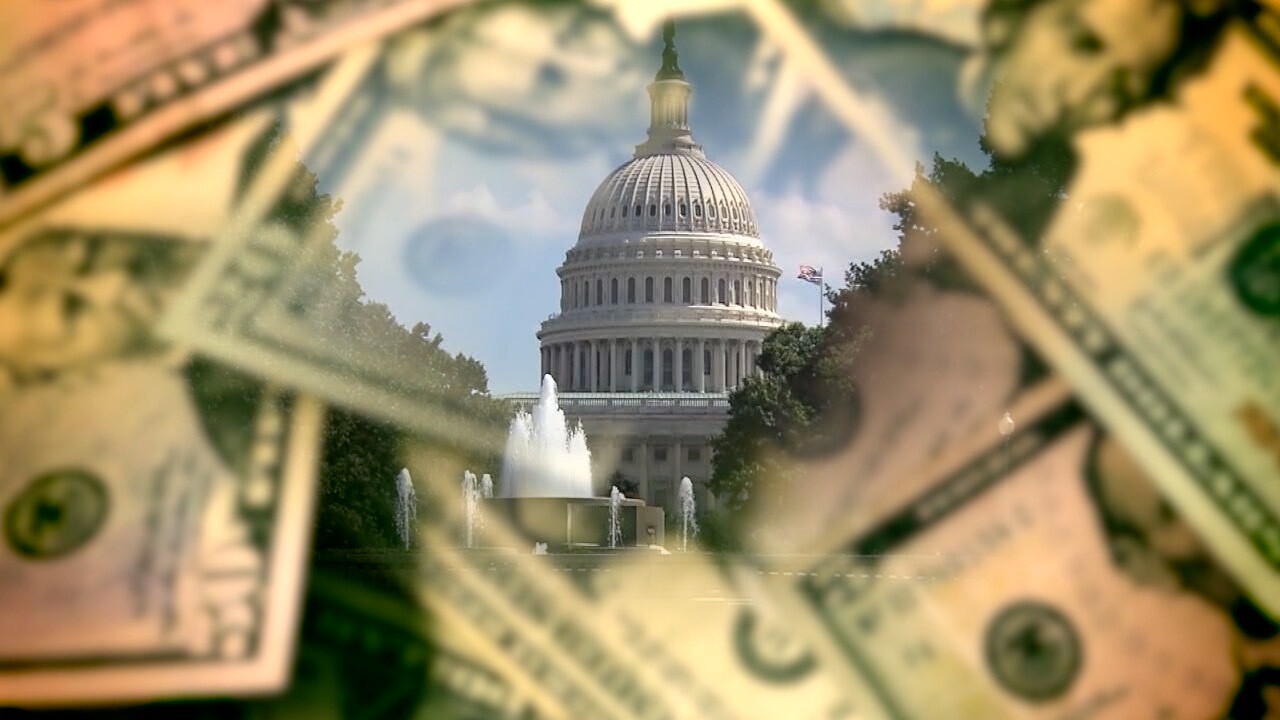 TAMPA, Fla — Unemployed Floridians will likely see an extension of the Pandemic Unemployment Assistance program after Congress announced it has come to a deal on a Pandemic relief package.

That program is expected to expire December 26th, and lawmakers say folks could expect to see the new benefits kick in as early as December 27th.

“Without a doubt, this congressional relief package is not enough,” said State Representative Anna Eskamani, who represents District 47. She’s helped Florida'ss unemployed since March get the benefits they deserve.

The new plan would extend the Pandemic Unemployment Assistance program and add an additional $300 a week for 11 weeks.

“The only thing I can say to you Miss Heather is how long is it going to take to actually get us that relief?” asked Betty Patterson, who is skeptical she or anyone else will see relief money right away.

“A $600 stimulus does not even get you half a month of rent in a state like Florida,” said Eskamani. She believes lawmakers were under pressure and rushed to pass the relief package.

Patterson and her family have gotten by on her husband's paycheck plus $141 dollars a week in PUA payments but she says that hasn’t been easy.

“It’s hard with the one paycheck, four people — I have two children and a dog. So it’s really hard,” she said.

Patterson wishes the weekly benefit in this new relief package was $600 like it was under the CARES act earlier this year.

Since November, main counties in the bay area combined saw close to 15,000 new unemployment claims. According to ABC News, that number continues to grow nationwide with 885,000 people applying for benefits in the week ending December 12th -- the highest weekly total since September.

“This past month Florida’s unemployment rate stayed the same at 6.4%, it’s pretty clear that we’re not investing in job creation, we’re not going to see folks get back to work,” said Eskamani.

Florida Lawmakers will be back in session in March which is right around the time this new round of government benefits are set to expire.