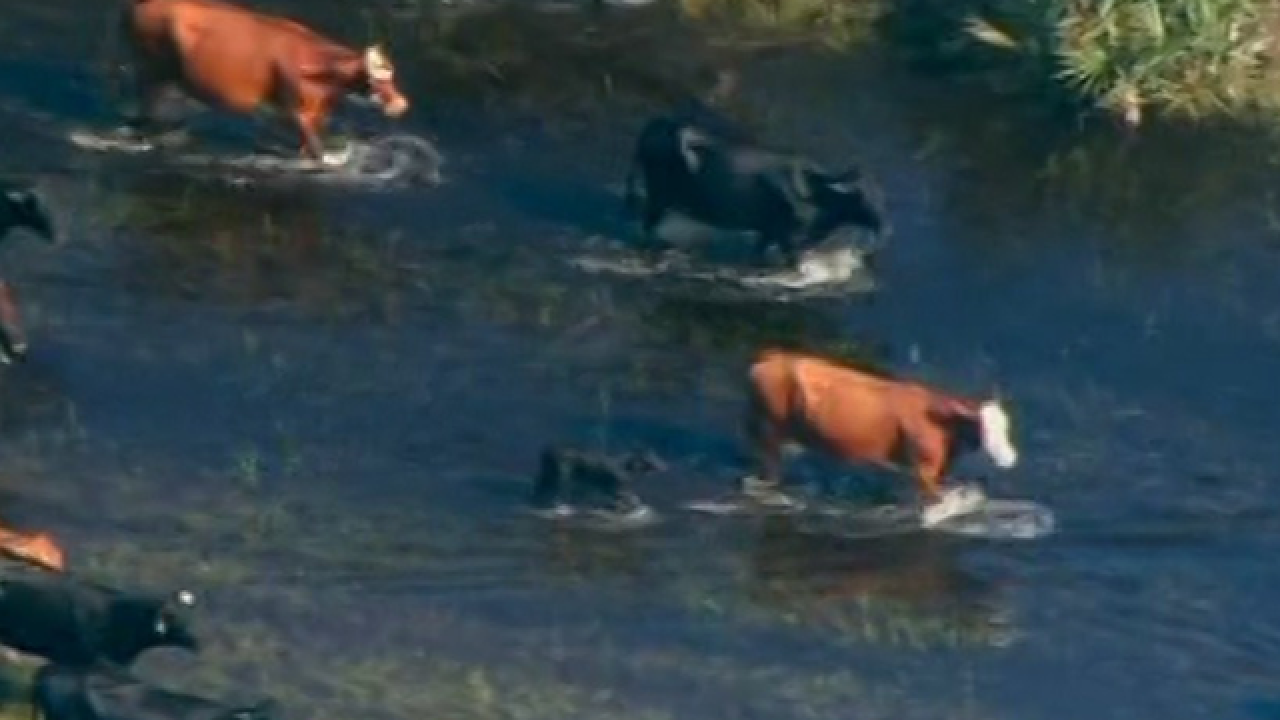 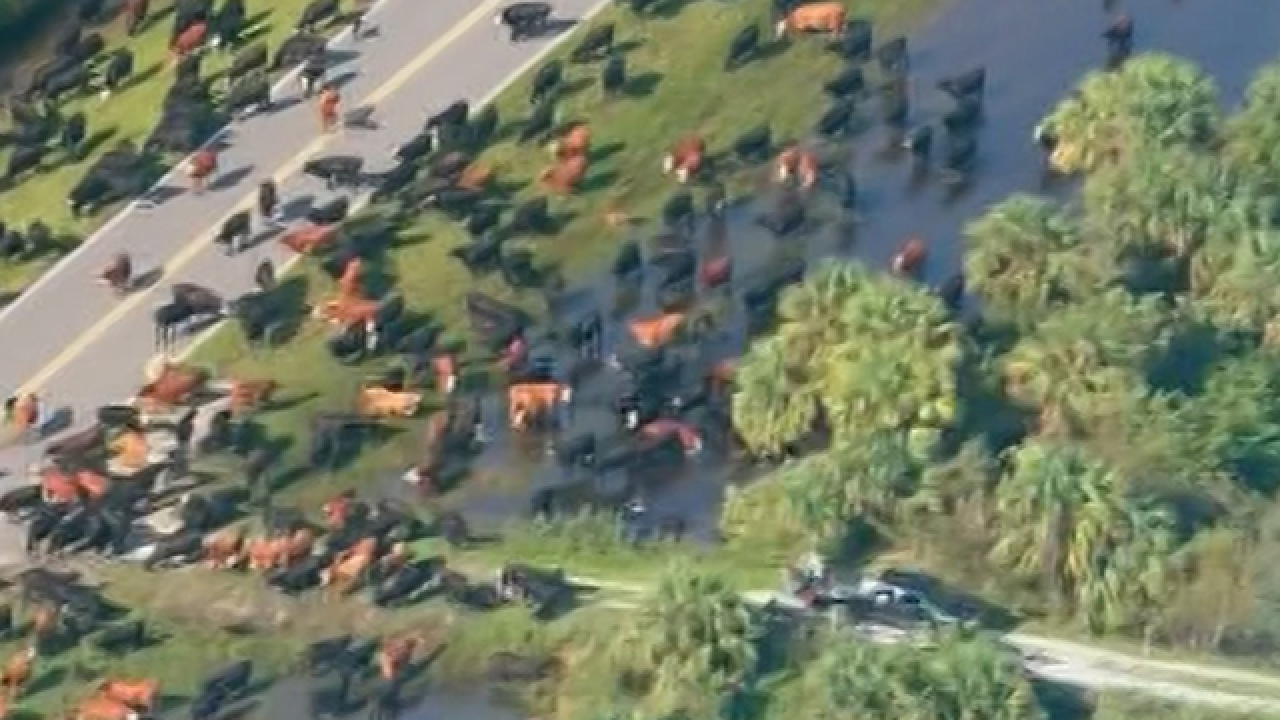 Cows are dead and many more are still at risk due to flooding at a ranch in Okeechobee County off of Orange Avenue.

“If the cattle stay where they are, eventually they’ll die,” said Jim Alderman, of Alderman-Deloney Ranch.

Our sister station's (WPTV) chopper flew over dead cows as well as trapped cows and calves currently surviving on strips of dry ground.

Alderman said the dike around his ranch, which helps deflect water because the land to the west is 10 feet higher, broke a few days ago following heavy rainfall from Hurricane Irma.

He said the last time the dike broke was in 2004, but there is even more water pouring into his ranch this time.

“It just was an extraordinary thing that we had over 20 inches of rain and all that water coming down and pressure against the dike caused it to break,” he said.

He doesn’t yet know how many cows he has lost, but Alderman and the ranching community are working to get several hundred cows and calves to safety.

He said the owner of Triple S Ranch a few miles down the road offered to host the cows until his ranch dries out.

“He actually contacted me and volunteered which was very neighborly,” Alderman said.

Cowboys and cowgirls from the ranching community are using horses Friday to herd the cattle down Orange Avenue.

Trailers will pick up the calves.

Alderman said this kind of roundup takes a lot of work.

“Particularly when they’re going to a strange place they’re not familiar with where we’re taking them,” he said. “I've tried to tell them about the dry ground, but I’m not sure they get the message.”

He said he’s thankful for the community’s help.