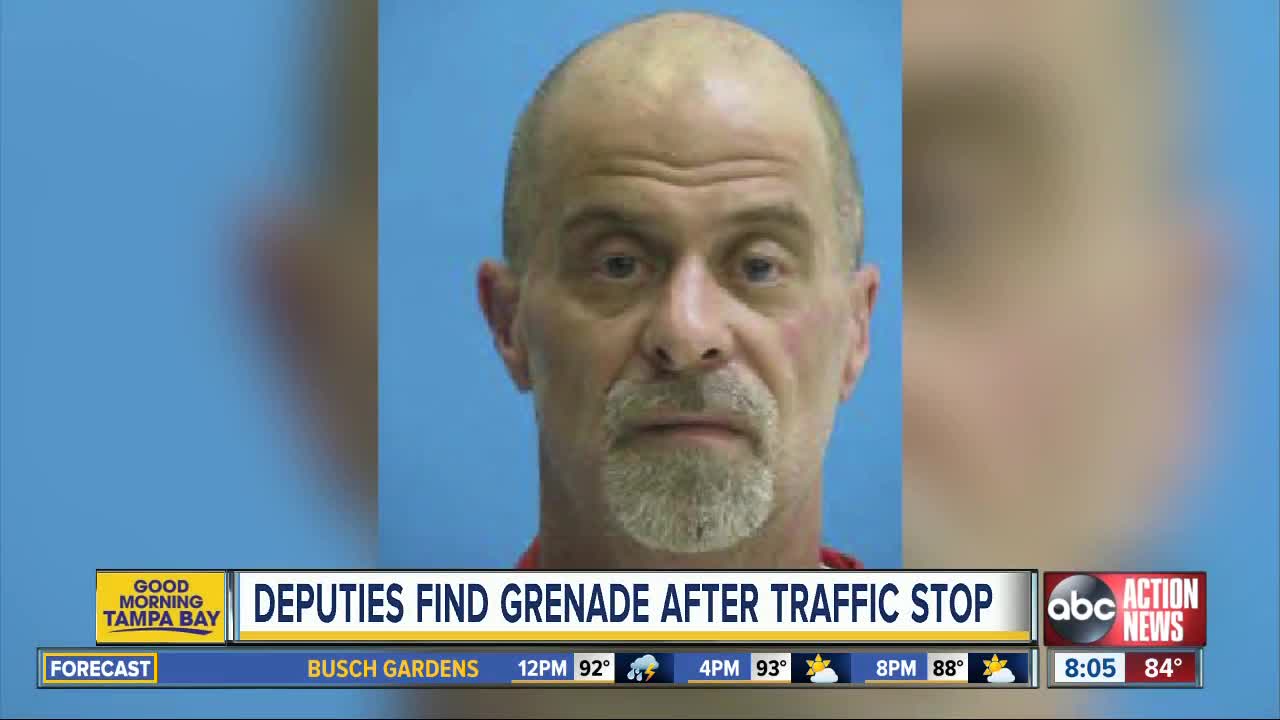 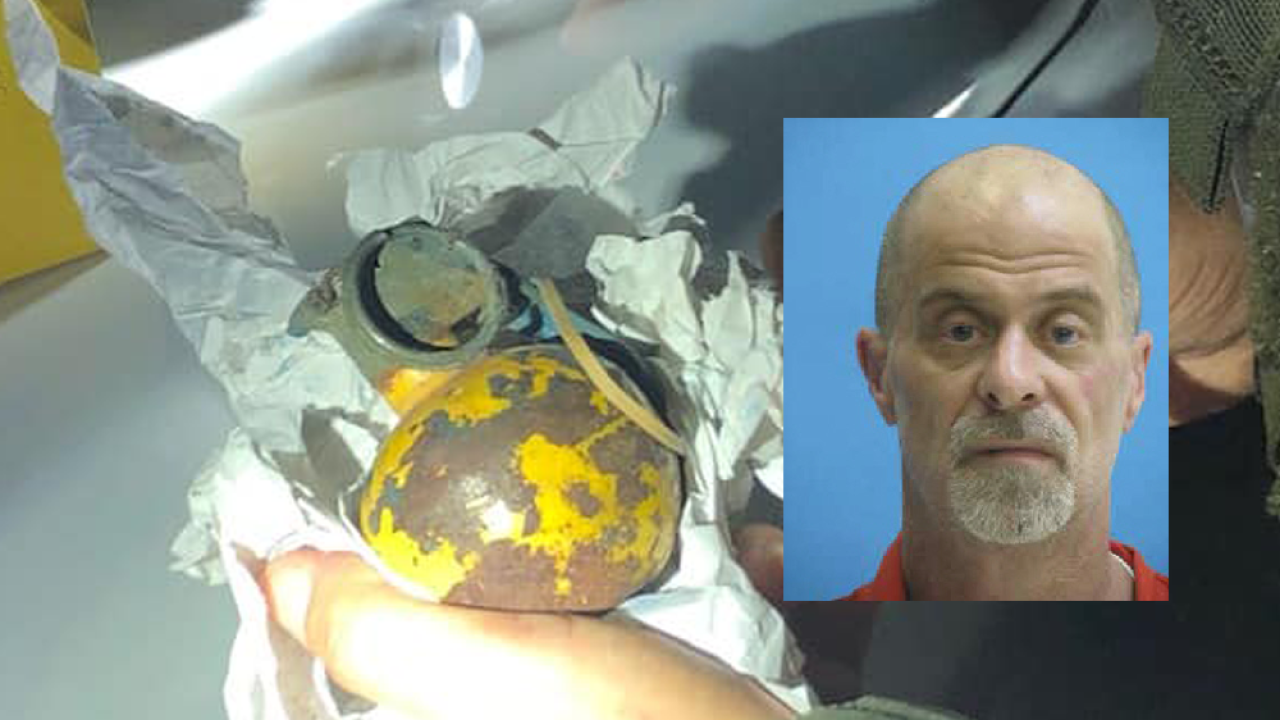 DESOTO COUNTY, Fla. — A traffic stop in Desoto County ended with the arrest of Bradenton man who had several firearms, ammunition and a hand grenade in his vehicle, according to the sheriff's office.

Deputies say 49-year-old Donald Reid Jr. was stopped by the narcotics unit early on Saturday. While searching his vehicle an M67 hand grenade, with the pin in place, was found.

Reid told detectives that, to his knowledge, the grenade was "live." The Sarasota County Sheriff’s Office (SSO) Bomb Squad responded to ensure the grenade was safe for removal and destruction.

Reid was arrested and is facing several charges for possession of firearms and ammunition by a convicted felon.