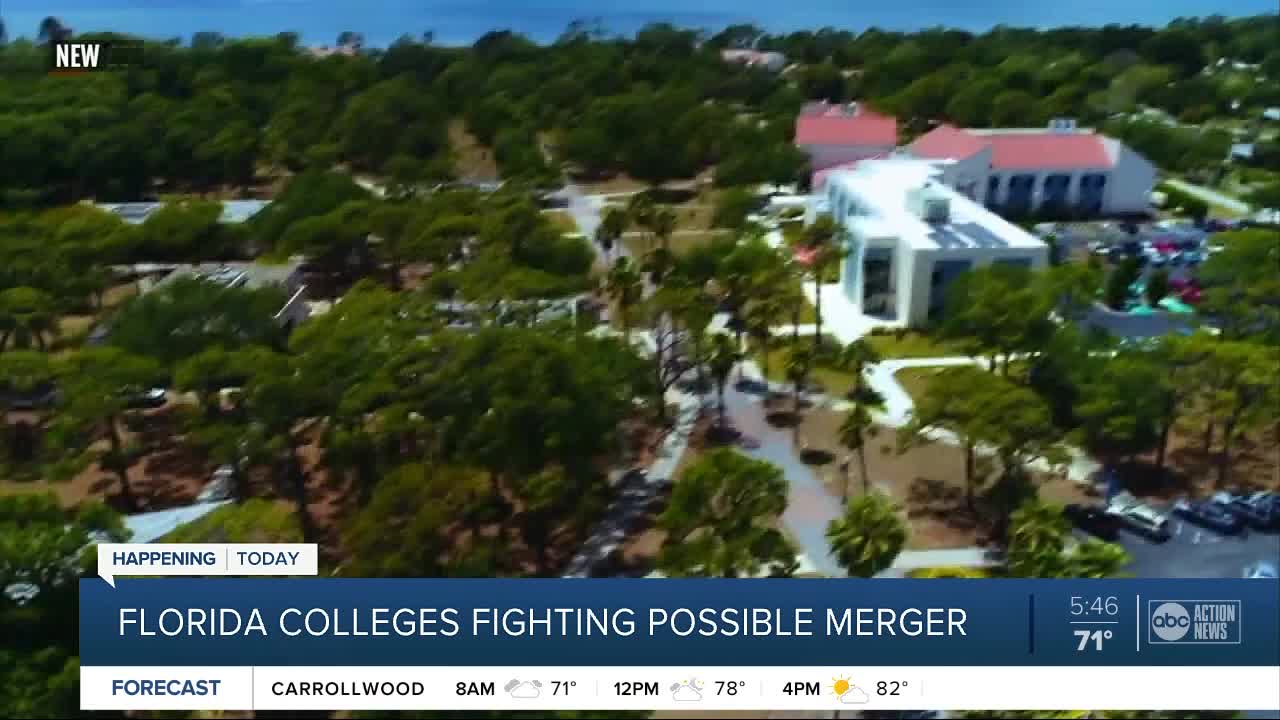 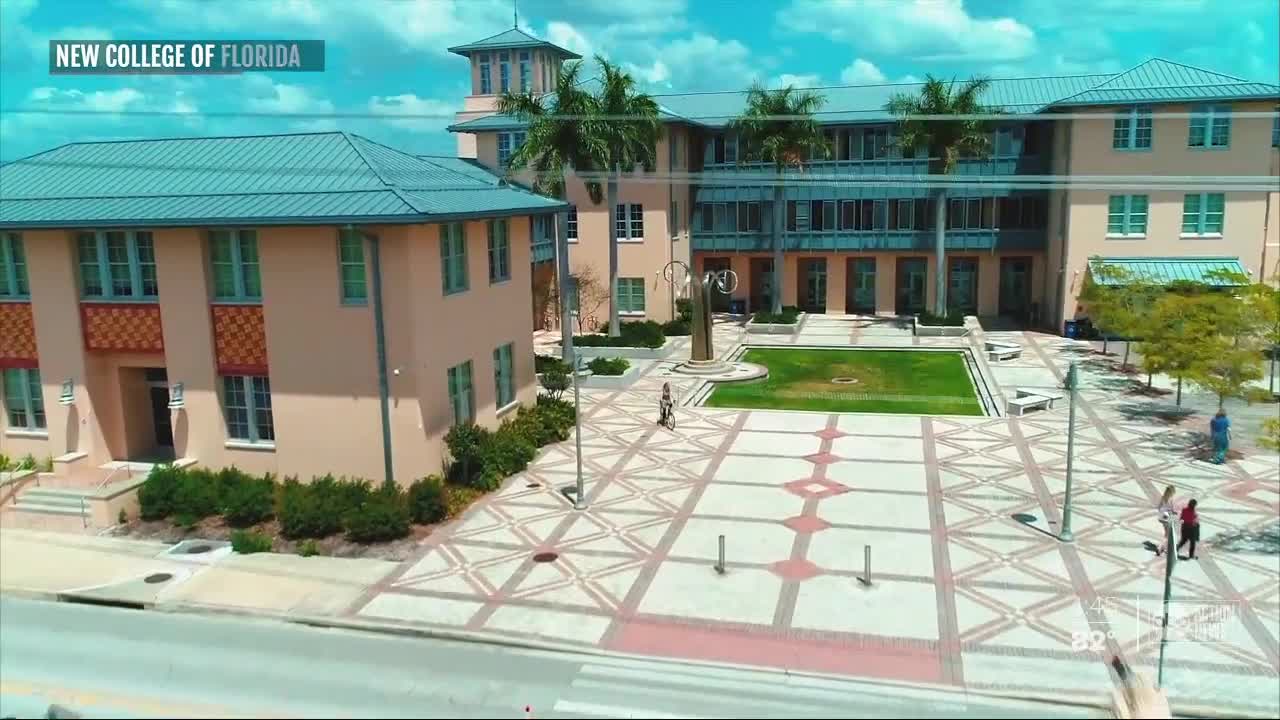 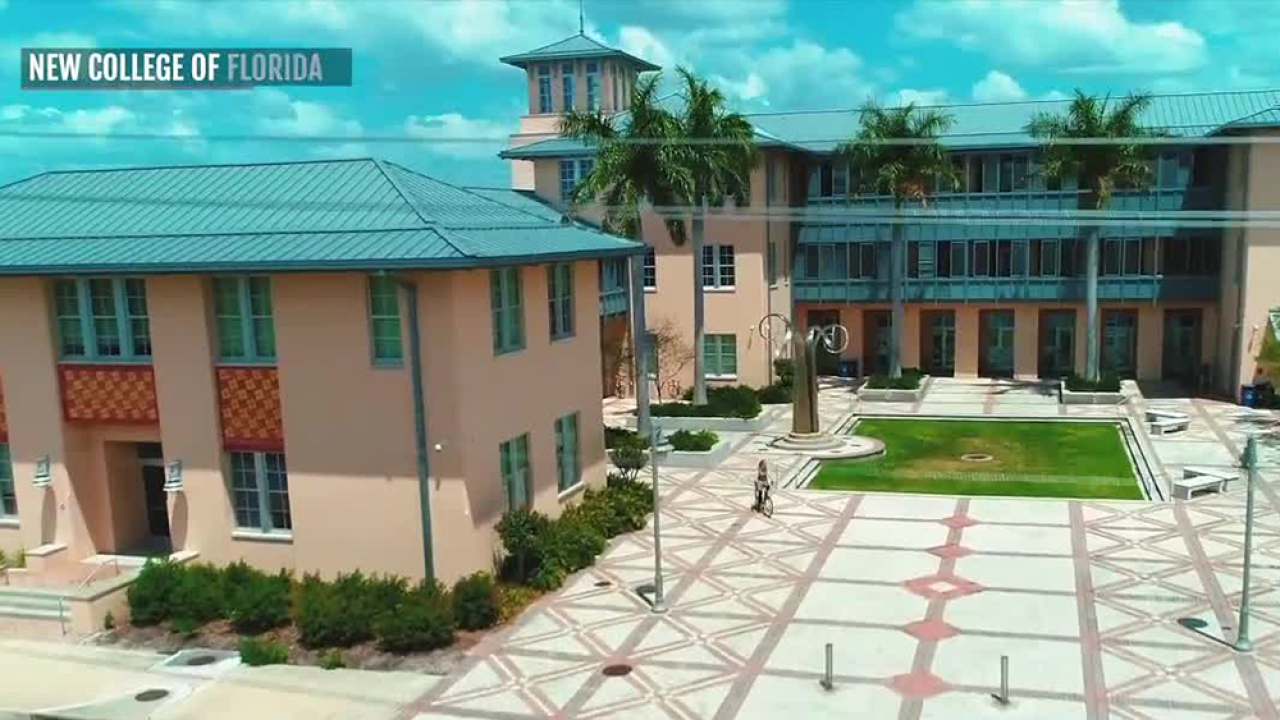 It also recommends New College of Florida to move under the umbrella of Florida State University as a satellite campus.

He also pointed out that because of size and scale of the much smaller campuses, it costs 9-10 times the amount to educate each student than it would be if the schools were under a larger state school.

“There are certain costs to run schools. Imagine you have a school with 100 students, and a school with one-thousand students and they both need a president and that president’s salary is going to be advertised over a much larger number of students at a big school than a small school.

At Florida Poly, they spend 23% of the revenues school on administrative cost where at the University of Florida it’s under 10%. "It’s things like that that drive up the cost per degree,” Fine said.

But as the bold bill unveiled itself this week, the students and colleges alike were surprised to hear the proposal.

Florida Polytechnic University which enrolls under 1,500 students, says they are strongly against the legislation.

“Respecting every taxpayer dollar and maximizing the impact of those dollars is clearly at the heart of this legislative proposal. But the facts and the truth show that every dollar at Florida Polytechnic University is already having a maximum positive impact. That's why we respectfully and strongly oppose this unnecessary and unwarranted legislation. We stand behind the fact that we have accomplished, and continue to accomplish, great things as a separate, unique institution within the State University System. Florida's future lies in the fields of science, technology, engineering, and mathematics, and Florida Poly offers a core STEM education available nowhere else in our state. In its young life, Florida Poly has been doing the job it was created for. Our projections show enrollment growth and applications have nearly doubled. This university has a substantial economic impact for the benefit of all of Florida, and our recently earned ABET accreditation is a testimony to the high standards of our academic degrees. A recent study showed that Florida Poly grads can expect a return on their investment that is more than three times larger than the other universities in the system.  It would be a profound mistake, for our current and future students – and for the state of Florida – to diminish Florida Poly's role in meeting this important state objective.”

New College of Florida said they were unaware of the bill until Monday evening and wish to remain independent.

The President of New College of Florida sent ABC Action News this note:

I just learned about House Bill PCB EDC 20-03 late Monday afternoon. It proposes that Florida Polytechnic University be merged into University of Florida and New College of Florida into Florida State University.

No one outside of a small groups in the House knew anything about this. As best we can tells tw as drafted without knowledge or input from any of the affected universities or members of the Board of Governors. There is no companion bill in the Senate and that chamber seems to have been caught unawares, too.

While I certainly respect the Legislature’s right to entertain and make these kinds of decision, I believe that the State University System is stronger with an independent New College. One of the system’s hallmarks is its diversity of institutions. New College plays an important and unique role in this respect and, in fact, in the national higher education landscape. New College has consistently ranked among the top public liberal arts universities since becoming independent, second only the nation’s military academies. It offers uniques opportunities for Florida’s students and fills an important need in our region. For these reasons, I wholeheartedly support New College’s continued independence.

We are working closely with our legislative team, the Board of Governors and our fellow members in the State University System. We will keep you posted as we learn more."

We also let students weigh in on the idea of becoming a part of a larger community. Many said while they don’t mind, they chose their small campuses for a reason.

“I prefer it as it is, it’s nice now where it has small class sizes,” Andrew Crosswait, a Junior at Florida Polytechnic said.

ABC Action News asked Representative Fine what changes would take place if the change was made, but he said that would be up to the State University System.

We also asked exactly how much tax payers would be saving, Fine said lawmakers should have a better estimate after going over the bill Wednesday morning.