Anthony Borges: Parkland shooting hero may have had last surgery 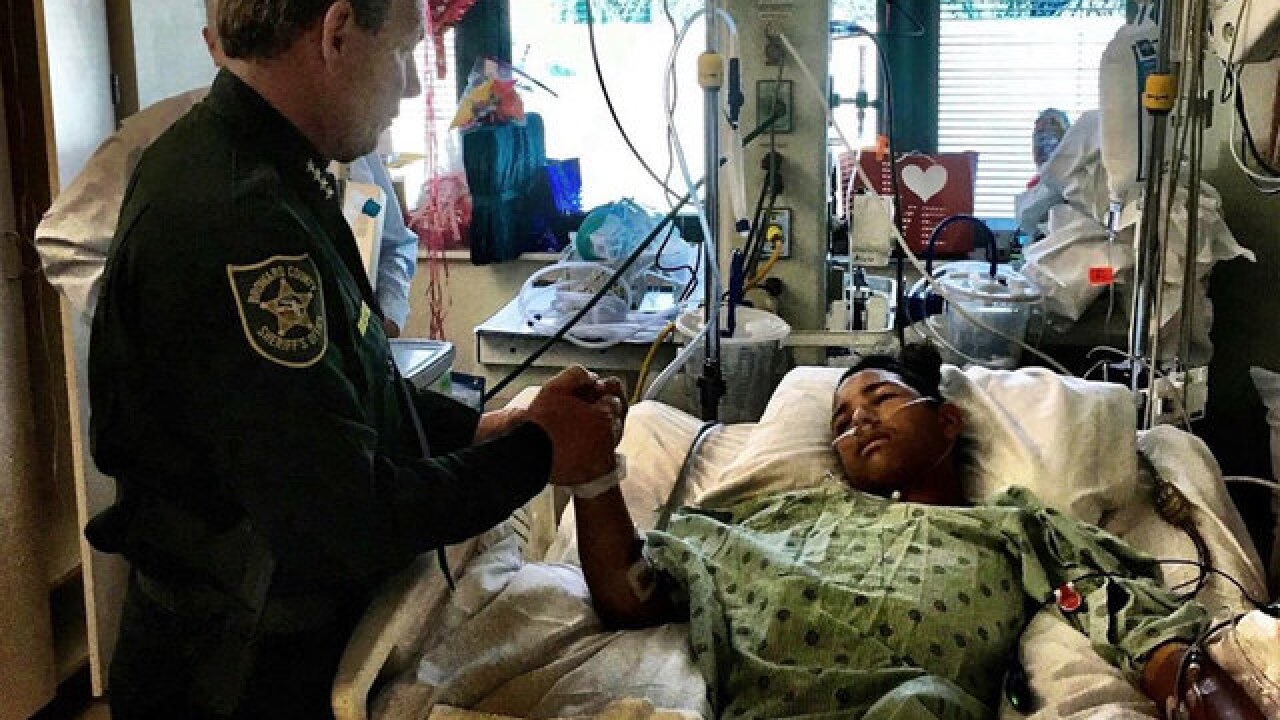 PARKLAND, Fla. (AP) — A student who is credited with saving the lives of 20 classmates by attempting to close and lock a classroom door during the Parkland shooting attack may have had his last surgery.

Anthony Borges was shot five times in the Marjory Stoneman Douglas High School massacre last month. Weeks after being shot, the 15-year-old fell critically ill of an intestinal infection. His attorney Alex Arreaza said he had a successful surgery Monday to close wounds on his leg. At this time, no other surgeries are scheduled.

The soccer player has undergone multiple surgeries and remains in intensive care. It's unclear when he'll be able to leave the hospital.

His attorney told the Sun Sentinel that Anthony's legs wounds are severe and praised the teen for his positive attitude, but says he has good days and bad days.