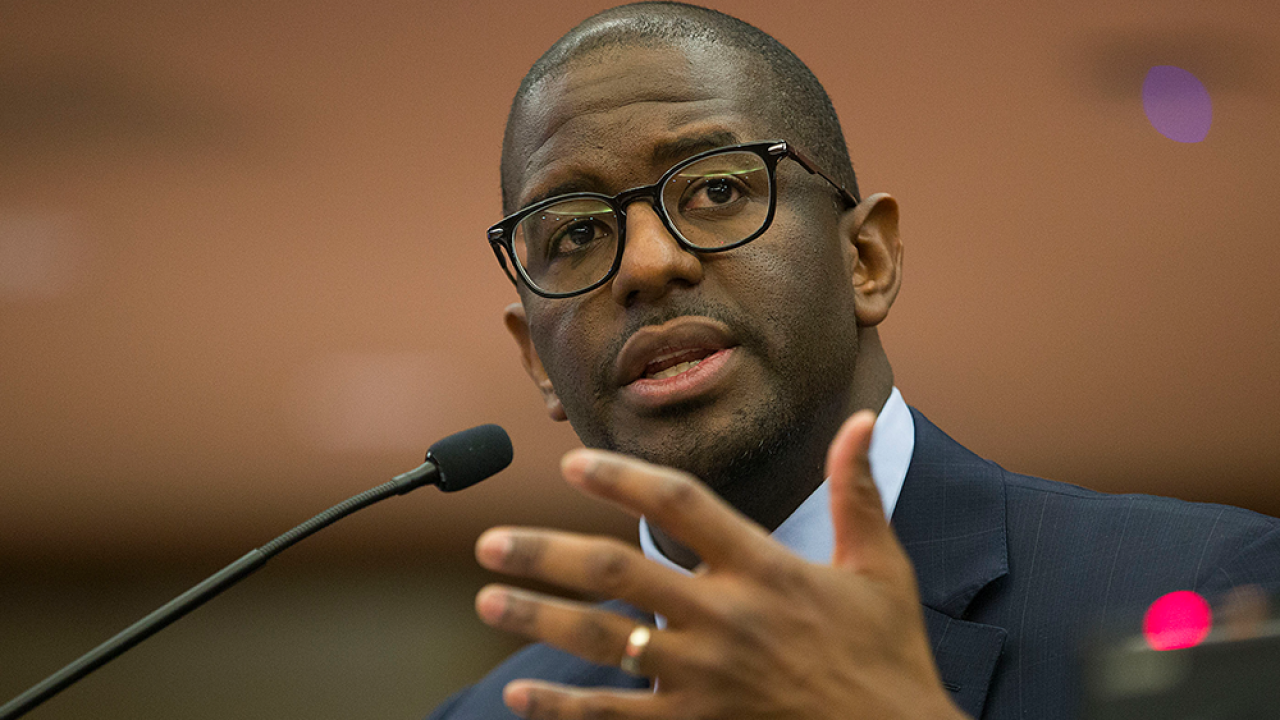 Joe Raedle/Getty Images
Andrew Gillum, Forward Florida Chair, speaks during The Elections Subcommittee field hearing on &#39;Voting Rights and Election Administration in Florida&#39; at the Broward County Governmental Center on May 06, 2019 in Fort Lauderdale, Florida. The subcommittee is visiting different parts of the country examining voting rights, as well as evidence of voter purging and voter suppression efforts among other voting related issues. (Photo by Joe Raedle/Getty Images)

MIAMI BEACH, Fla. — Former Tallahassee Mayor and Florida Democratic gubernatorial candidate Andrew Gillum was involved in an incident at a Miami Beach hotel room, where police discovered what is suspected to be crystal meth.

It happened early Friday morning at a the Mondrian South Beach Hotel located at 1100 West Avenue in Miami Beach.

Gillum was not arrested or cited for the incident.

Officers from Miami Beach PD made contact with two men inside the hotel room, one of whom was Gillum, under the influence of unknown substances.

Fire Rescue also responded and found Gillum in the room and another man who was suffering from a possible drug overdose.

That man was transported for treatment.

On Friday, Gillum addressed the incident and admitted to being in the hotel room.

"I was in Miami last night for a wedding celebration when first responders were called to assist one of my friends. While I had too much to drink, I want to be clear that I have never used methamphetamines. I apologize to the people of Florida for the distraction this has caused our movement.

"I’m thankful to the incredible Miami Beach EMS team for their efforts. I will spend the next few weeks with my family and appreciate privacy during this time."

According to a case report obtained by ABC Action News, Gillum was seen vomiting in the bathroom and the other man was reportedly having difficulty breathing before collapsing.

Officers at the scene tried to speak with Gillum, but he was unable to communicate due to his inebriated state, police say.

Inside the hotel room, officers observed in plain sight three small clear plastic baggies containing suspected crystal meth on both the bed and the floor.

The baggies were taken as evidence.

Police say Gillum left the hotel room and returned to his residence without incident.