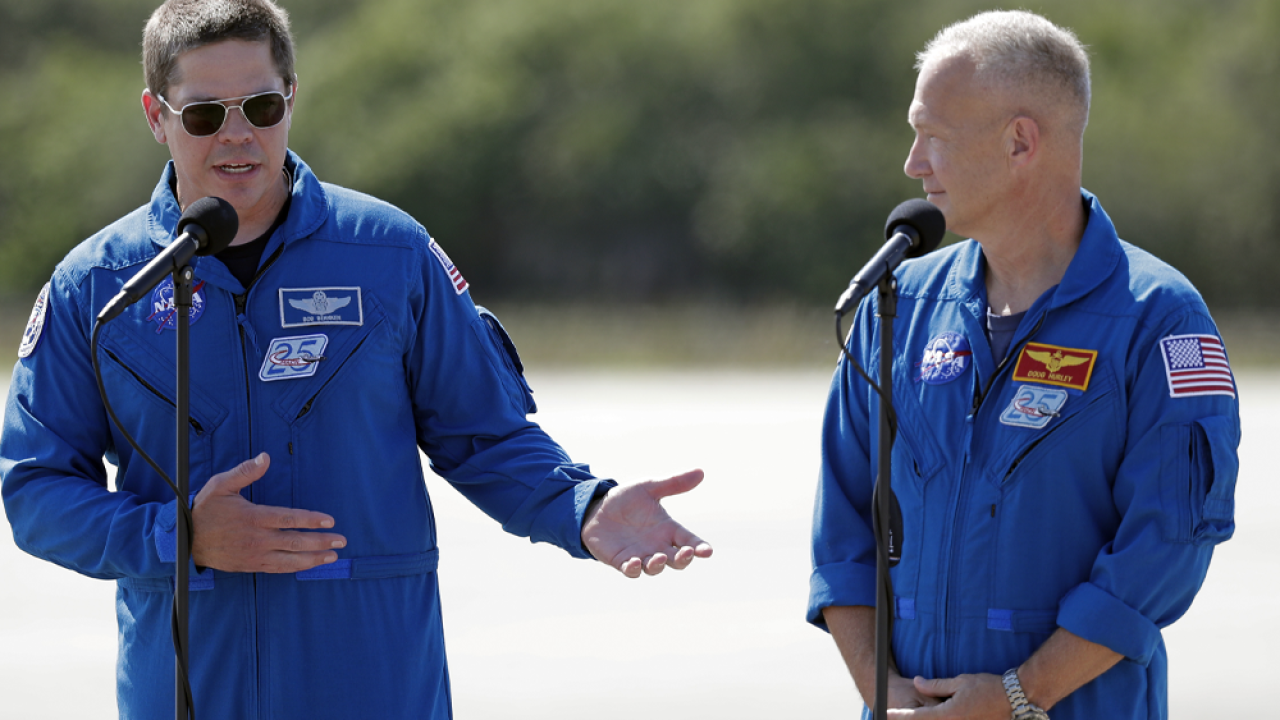 NASA astronauts Robert Behnken, left, and Doug Hurley speak during a news conference after they arrived at the Kennedy Space Center in Cape Canaveral, Fla., Wednesday, May 20, 2020. The two astronauts will fly on the SpaceX Demo-2 mission to the International Space Station scheduled for launch on May 27. (AP Photo/John Raoux)

CAPE CANAVERAL, Fla. (AP) — The two astronauts who will end a nine-year launch drought for NASA are now at Kennedy Space Center, exactly one week before their historic SpaceX flight.

NASA test pilots Doug Hurley and Bob Behnken arrived Wednesday afternoon in Florida after a flight from Houston on a NASA jet.

They're scheduled to blast off next Wednesday from the same pad where the space shuttle last soared in 2011.

RELATED: NASA, SpaceX to launch first astronauts from U.S. since 2011 in May

That was the last home launch for NASA astronauts. This time, a private company, SpaceX, is providing the lift and the capsule.

NASA's commercial crew program has been years in the making.