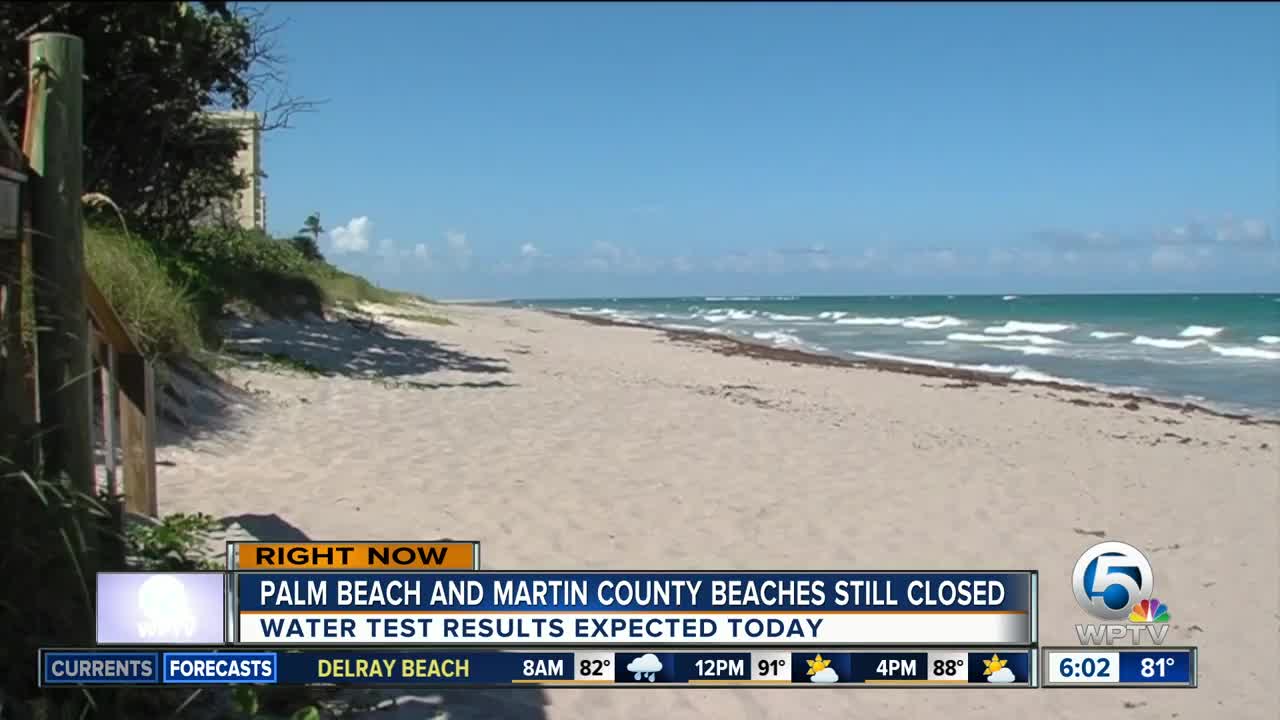 Over the weekend, the Florida Department of Health collected water samples to for testing. The results can take up to 48 hours, so we may learn Monday the results of what caused people to feel sick. 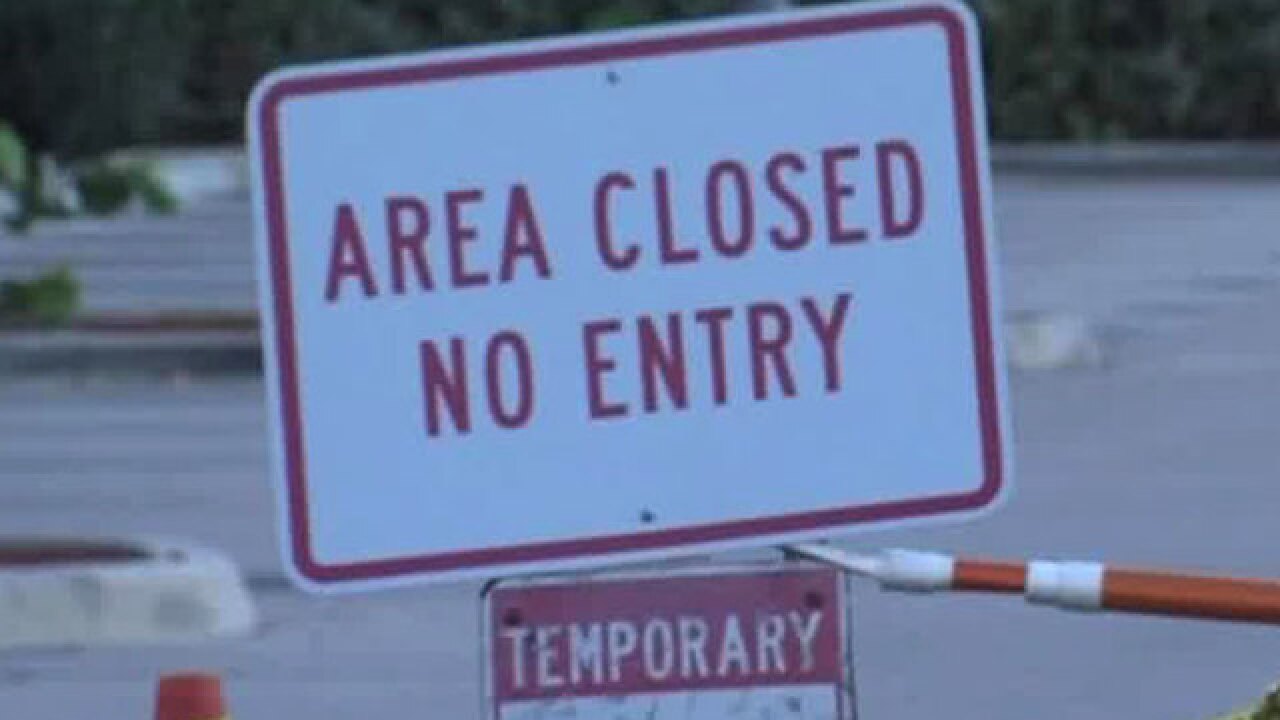 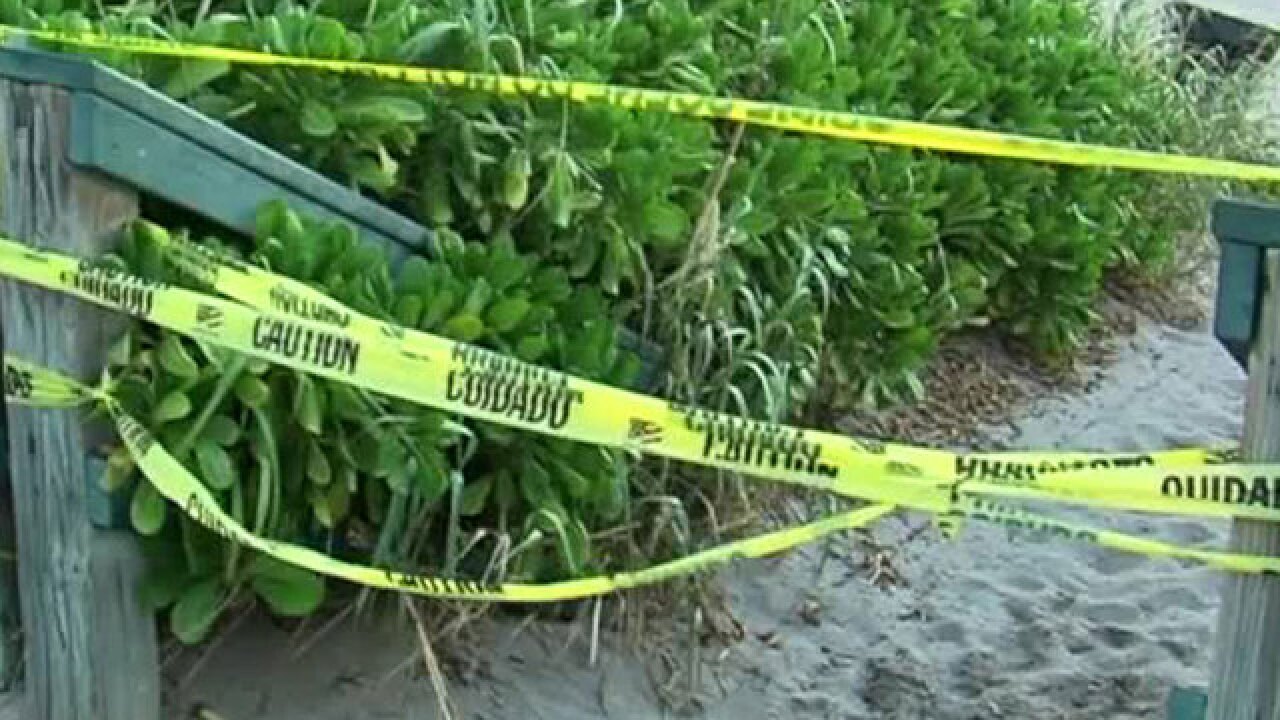 Beaches from Martin County south to Lake Worth along Florida's East Coast continue to be closed Monday after what is being described as an “unknown airborne irritant” caused people to become sick over the weekend.

Peanut Island swimming beach is also closed. Parking lots, picnic areas, and pavilions not on the beach will be open.

As a precaution, no swimming is allowed Monday on Delray Beach for the possible irritant.

BEACH UPDATE: @DelrayBeachFire /Ocean Rescue continues to monitor the health advisory issued by @HealthyFla regarding a possible respiratory irritant along the shoreline. As a precaution, red hazard flags have been posted. 🚩= NO SWIMMING. Updates to follow. #StaySafeDelrayBeach pic.twitter.com/vw3IE8eDOU

“I (was) coughing like crazy for 20 minutes and [my friends’s] eyes were burning. Well, neither one of us knew what was going on at that time,” said Jupiter resident Tom Thompson.

The Florida Department of Health on Sunday issued a health advisory for the next 48 hours.

Persons with respiratory allergies are advised to avoid contact with the beaches.

The Health Department said in written statement that they received reports Saturday that a number of people on the county beaches were experiencing respiratory issues and eye irritation.

Lake Worth beach and pier are closed until further notice. The lower parking lot here was open Monday morning and nearby businesses are still supposed to be open. However, cones and barricades are preventing people from driving up the street between the beach and the Lake Worth Casino building.

Partners with Department of Environmental Protection, Florida Fish and Wildlife, Palm Beach County Environmental Resource Management and other state and local agencies are investigating the potential causes of the irritation. Results will not be available for at least 48 hours and as a precaution, the Health Department is issuing the Health Advisory.

Palm Beach County has made the decision to close county beaches until the cause is known.

In Martin County, officials said Monday that all life guarded beaches were closed to swimming due to the airborne irritant.  Call the Martin County beach hotline at 772-320-3112 for the most up-to-date info.