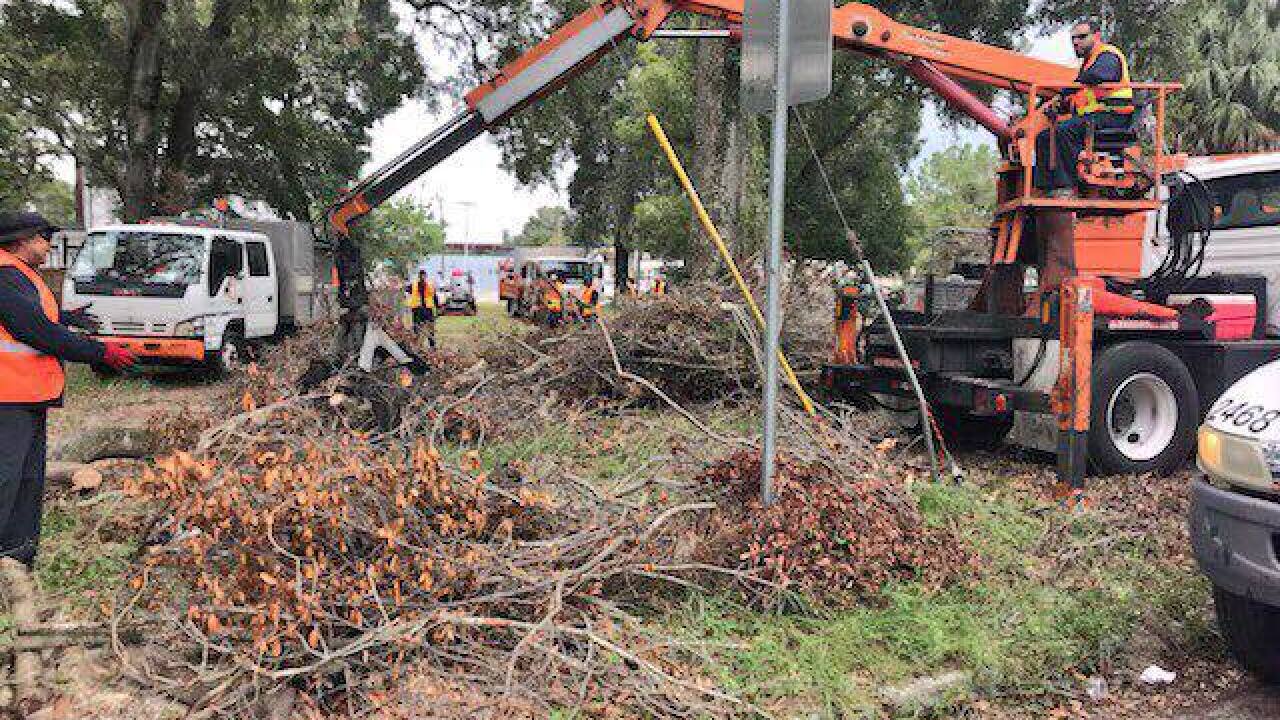 Copyright 2017 Scripps Media, Inc. All rights reserved. This material may not be published, broadcast, rewritten, or redistributed.
City of Tampa

The City of Tampa and Tampa Electric (TECO) are taking measures to light up Southeast Seminole Heights following three recent murders that police believe are connected.

In light of what's happened, people who live in Southeast Seminole Heights say they are now more afraid to walk outside after dark.

"It's scary," said Ejay, who lives near the site of the shootings. "It's like, what area do you go to, to be safe?"

Mayor Bob Buckhorn posted that city crews are working around the clock in Southeast Seminole Heights to clear vacant lots and alleyways to reduce potential hiding places for the killer.

TECO told ABC Action News they are working with the City of Tampa to add lighting and to make the Seminole Heights area a priority.

They also said lights installed in this neighborhood will be light-emitting diode (LED) technology, which provides superior nighttime color rendering, which benefits law enforcement and may help to curb crime.

TECO also said they have beefed up their maintenance in this area and are repairing all outages.

The installations were coordinated with TECO through the Mayor’s 'Bright Lights Safe Nights' program.

These additional streetlights were installed between 2015 and 2016, said Jean W. Duncan, P.E., Director of Transportation and Stormwater Services.

In the meantime, residents in the area say they are taking no chances with safety.

"It's awareness," said Keith Fisher, who lives in the area. "Paying attention to your surrounding and you don't travel alone."

Friends of the victims are asking for people to please come forward.

The city does not have any plans at this time for any additional lighting in this grid, Duncan said.