USF digitally maps Ybor City tunnel before it's filled in

Scientists at USF digitally mapped the Ybor City tunnel before it's filled in.

"The story is the City built the tunnels as a drainage system but we don't think that's correct,” said retired architect Gerry Curts. “We think they used it as drainage later on.”

Curts renovated the nearby Florida Brewery building which sent beer to Cuba decades ago via the Port of Tampa. 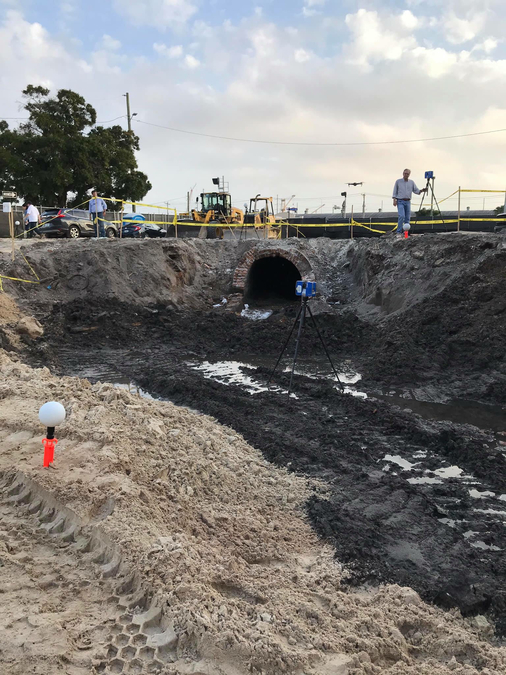 "There was a big Chinese population in Cuba and his theory is that they brought in these girls from the Port of Tampa into Ybor City and used them for child prostitution,” said Curts.

Booze running, Bolita, even human trafficking—the theories are as dark as this tunnel is drab.

The tunnel, tall enough to crouch in, is about 4 feet high and stretches about 200 feet, but where it stops, no one's really sure.

"Now we need to look at the science behind it,” said USF’s Dr. Lori Collins.

USF scientist Dr. Collins and her team are using lasers, digitally mapping the Ybor City tunnel for future scrutiny and for history’s sake.

"We just tried to preserve it the best way we could,” explained Dr. Collins. "Now what we'll be working on is connecting that back to old maps."

Work that will continue after the tunnel disappears again into the silt, filled-in by progress.

"It's right in the middle of where we're going to be building our building of course,” said Moore shrugging.