TAMPA, Fla. — A Tampa Police Officer was shot and another injured early Monday morning while serving a warrant in the Drew Park neighborhood.

Police say Officer Rich Lehr and Officer Leigh Smith were serving the warrant around 2:39 a.m. in the 4600 block of N. Hubert Avenue when 35-year-old Walter Jeziorski fired several shots from the doorway.

After shooting at the officers, they returned fire and Jeziorski went back inside his home.

During a press conference, Chief Brian Dugan said Jeziroski’s mother was on the phone with him and got him to surrender to police within minutes of the shooting.

Officer Lehr was struck in the arm by one of the shots, according to Tampa PD. That same bullet also hit his torso.

The 10-year veteran was transported to a local hospital for his injuries and later released.

Officer Lehr has been released from the hospital and is on his way home. He sends his thanks to the community for their thoughts, prayers, and concern for his recovery.

Police say Officer Smith sprained her ankle and was also released after treatment at the hospital.

Jeziorski has been charged with two counts of Attempted Murder in the Second Degree of a Law Enforcement Officer, as well as the charges in the warrant. 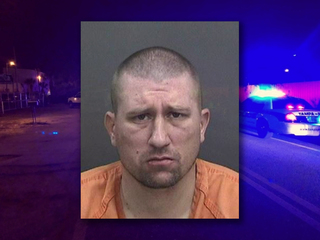