Hundreds gather for vigil against hate in downtown Tampa 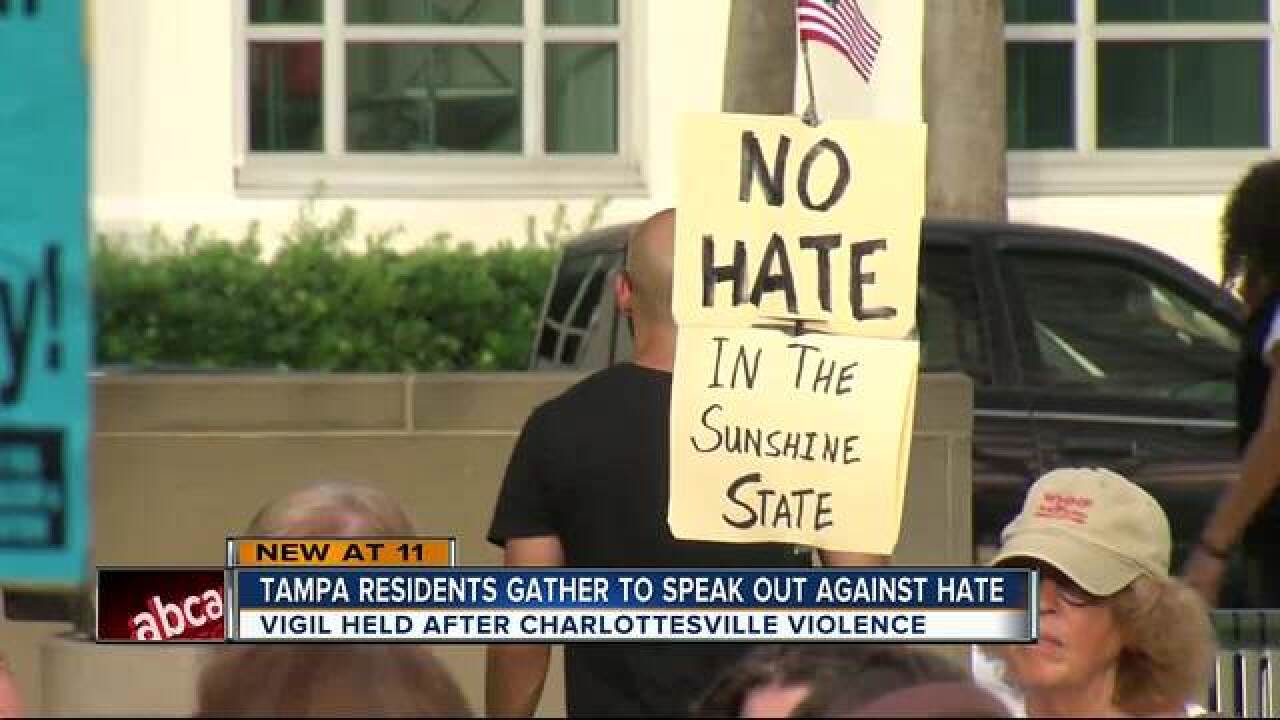 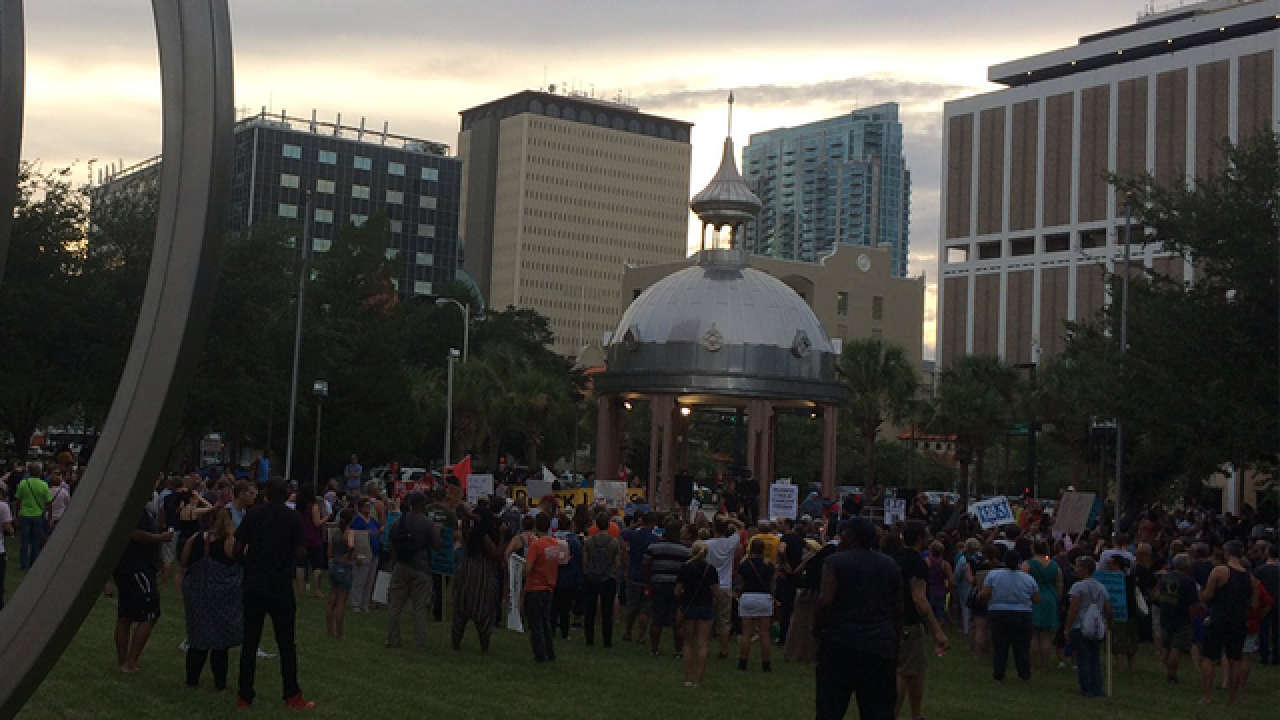 Sunday, hundreds of people gather in downtown Tampa, speaking out against hate after the shocking violence in Charlottesville Saturday. People from all different backgrounds, now standing together.
"These differences are not our weakness, rather it's our strength," one local leader said.
"To see a car barreling down on people, it was horrifying a horrifying spectacle that that's happening here in our country," Denada Green, who attended the vigil, said. "We've got to speak up against it, we've got to come together and fight against it."

VIDEO: Vehicle plows into group of counter-protesters at white nationalist rally in Virginia

A vigil against hate, gave a voice to local leaders.
"My people, like many others, have seen what happens when hate is allowed to fill the streets, when those who think that some other group are allowed to rise in power," Rabbi Jason Rosenberg said.
People who attended the vigil, won't accept hatred here.
"We're not going to take white supremacy, we're not going to take Nazis, and you know, if they come for one of us, they come for everyone," Cat Lim said.
"We will not allow these white supremacists to intimidate us," another speaker said.
Now, solidarity shows strength. People who attended the vigil participated in a candle light vigil, silent march to the streets and battle cry for change.
"It's empowering, it's empowering people feel powerless, but we have power as a people, so it makes a difference," Green said.
Copyright 2017 Scripps Media, Inc. All rights reserved. This material may not be published, broadcast, rewritten, or redistributed.