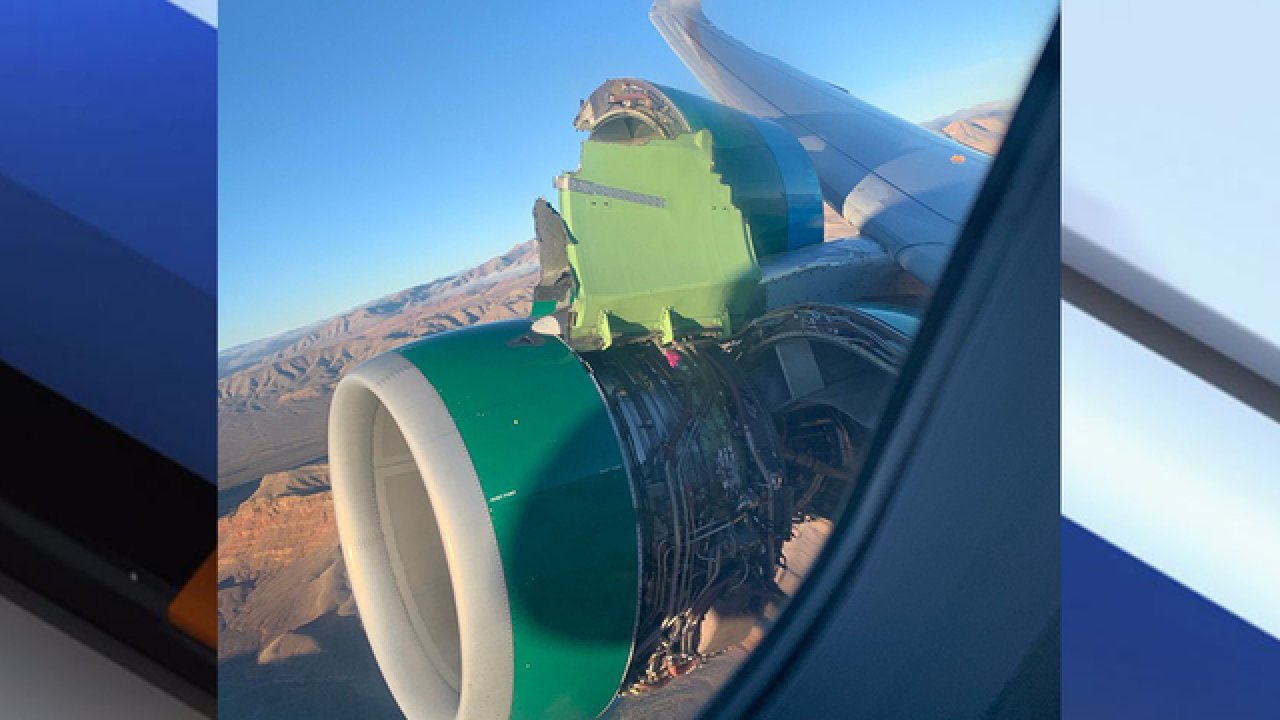 A Frontier flight headed to Tampa from Las Vegas was forced to return to McCarran International Airport on Friday morning due to an engine concern.

The engine cover, also known as the cowling, broke away from the Airbus aircraft after departure.

Dan Ponce, a TV anchor in Chicago, shared a photo of the damage on Twitter. He says his Aunt was on Flight 260 and snapped the photo of the "shredded engine" as they headed back to Vegas. All passengers were given a free breakfast voucher for the inconvenience, Dan says.

WHOA! My aunt snapped this pic of a shredded engine on Frontier flight 260 from Vegas to Tampa. The plane was able to turn around and land. She says all passengers got a free breakfast voucher. pic.twitter.com/vc4t4uxMmh

The flight took off shortly after 7 a.m. Frontier Airlines says that a cowling came loose and separated from the aircraft.

During takeoff on Frontier flight 260 from Las Vegas to Tampa this morning, a section of an engine cover called a cowling came loose and separated from the aircraft. Our pilots followed procedure and immediately returned to the airport. The engine continued to operate normally and the aircraft, an Airbus 320, landed safely. Safety is our top priority at Frontier Airlines and we would like to acknowledge the professionalism of our pilots and flight attendants. We are working to get our passengers to their destinations as quickly as possible.

The plane landed at 7:26 a.m. The plane was able to taxi back to the gate. There were 166 people on the flight including passengers and crew. No injuries were reported.