Bucs fans delighted by win, disappointed not to celebrate at Ray Jay 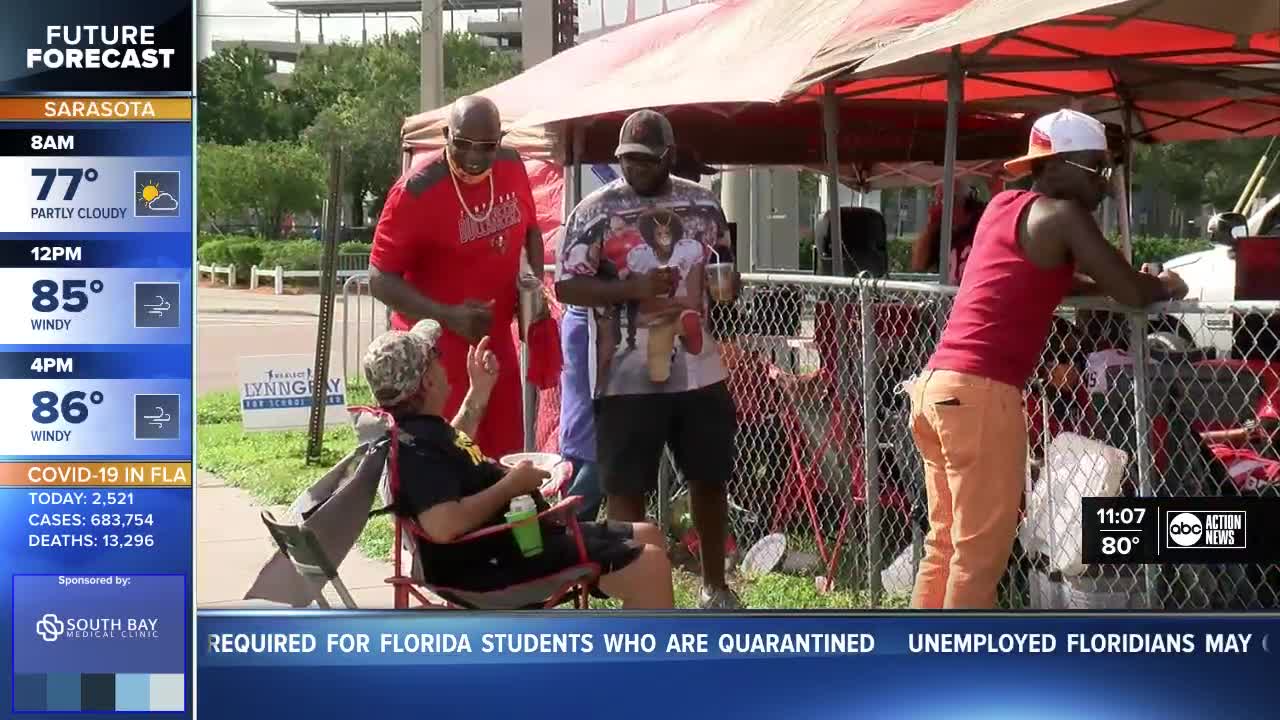 No fans in the stands, but Bucs fans still celebrate the first home game of the season. 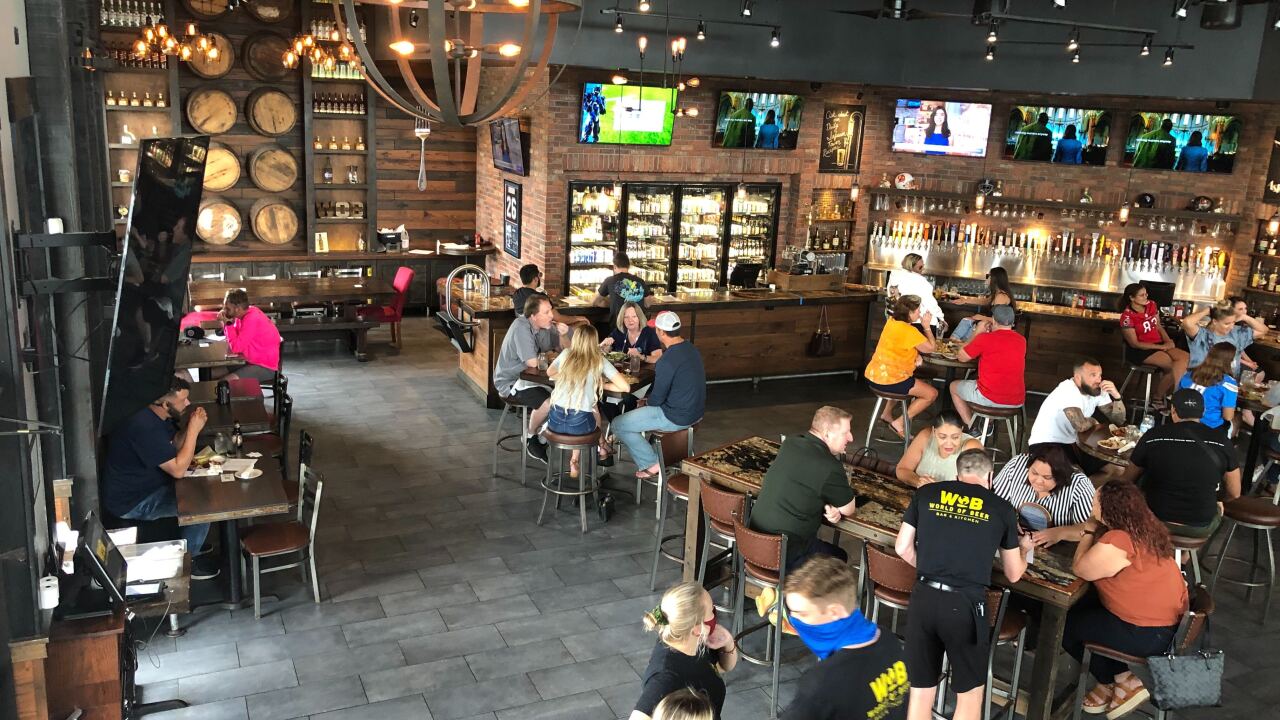 TAMPA, Fla. - — It may go down as the strangest home openers in Tampa Bay history. With no fans allowed at Raymond James Stadium, football fans traded in tailgates for TVs Sunday to watch the Bucs win for the first time this season.

Less than 3 miles away from Raymond James Stadium at World of Beer, several fans said it felt weird to be so close to the team but unable to watch them play in person.

Many spent hours glued to the restaurant’s TVs as they watched Tom Brady and the Bucs secure a win.

The restaurant was not as packed as a typical game day…with social distancing in place and a limited number of people allowed inside.

Tampa resident Mackenzie LeBaron says this year is a bit of a letdown. She’s never missed a home opener. Since she was a kid, you could find her tailgating or attending the first home game of the season. “I used to tailgate, I used to go to the games and be there as a fan. It hurts my heart. It hurts my heart a lot,” she said with a deflated tone.

Across the street from Ray Jay on Himes Avenue, Donovan Powell wasn’t about to let COVID-19 ruin tradition.

“Me personally, I’ve been on this same corner right there for 27 years. I’ve been a season ticket holder for twenty something years. I’m a die hard fan ’til the day I die,” he said with enthusiasm.

His family and friends turned the private lot into a party and were the only tailgaters outside Ray Jay Sunday.

Back at World of Beer, Lewis Walker is looking at the positive side. He’s grateful fans are able to come together and cheer— even if it’s in a different fashion this year. “I feel like for an environment where we are practicing social distancing to be able to have something to pull us close again and for Tom Brady to be in town, it just contributes to the overall positivity and the reuniting of everybody after everything that’s been going on.”

Jeanine Christie of St. Petersburg may not root for the Bucs, but she’s disappointed too. She should be packing her bags to see the Eagles play in California. “We had to cancel our trip to san francisco in two weeks so it’s so sad that we can’t all be together but we’re doing the best we can,” she added.

Fans are hoping Sunday’s win is just the kickoff to a robust season.

Bucs leaders tell ABC Action News they deeply missed the cheers, passion and energy at this Sunday’s game. Yet, the team is hopeful they’ll be able to welcome back fans for the October 18th game against the Green Bay Packers, pending COVID-19 rates dropping in Tampa Bay.