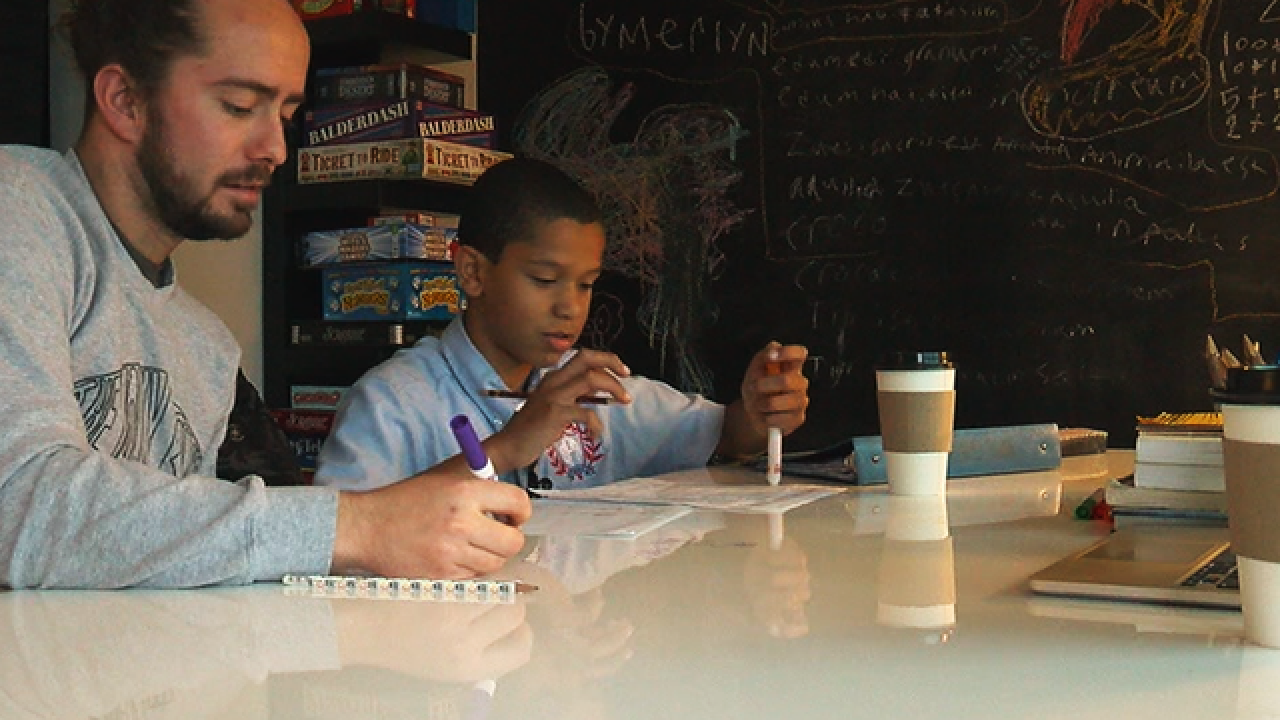 TAMPA, Fla. — The hottest new breakfast spot in Tampa, Hey Giant! Little Biscuits is getting raves for its baked goods -- and praise for helping the kids of Seminole Heights.

“We say Hey Giant is a biscuit shop with a mission,” says owner Jesse Thompson.

The tutoring space, which is in a cozy room right off the restaurant, is meant to be more than just a way for kids to learn their ABCs and 1, 2, 3's. “We want creative thinkers, innovative thinkers. This isn’t just a study shop. It’s a place to inspire,” says Thompson.

For the past couple years, he and partner Lee Valenti had a creative space for kids nearby. But they needed funding. So they took a foodie hobby for baking and turned it into a neighborhood phenomenon.

“We started out making biscuits for other people, family work,” says Jesse. But that turned into a pop-up shop at markets, where they’d sell out in a hurry and their reputation grew.

“We make ‘em from scratch, only use quality ingredients,” says Lee, who says the “little” aspect of the biscuit also drives sales. People don’t feel like they’re overindulging.

And as for that name? They originally wanted to open a creative space playfully called Hey Giant! Robot Repair Shop. The robots didn’t make the cut.