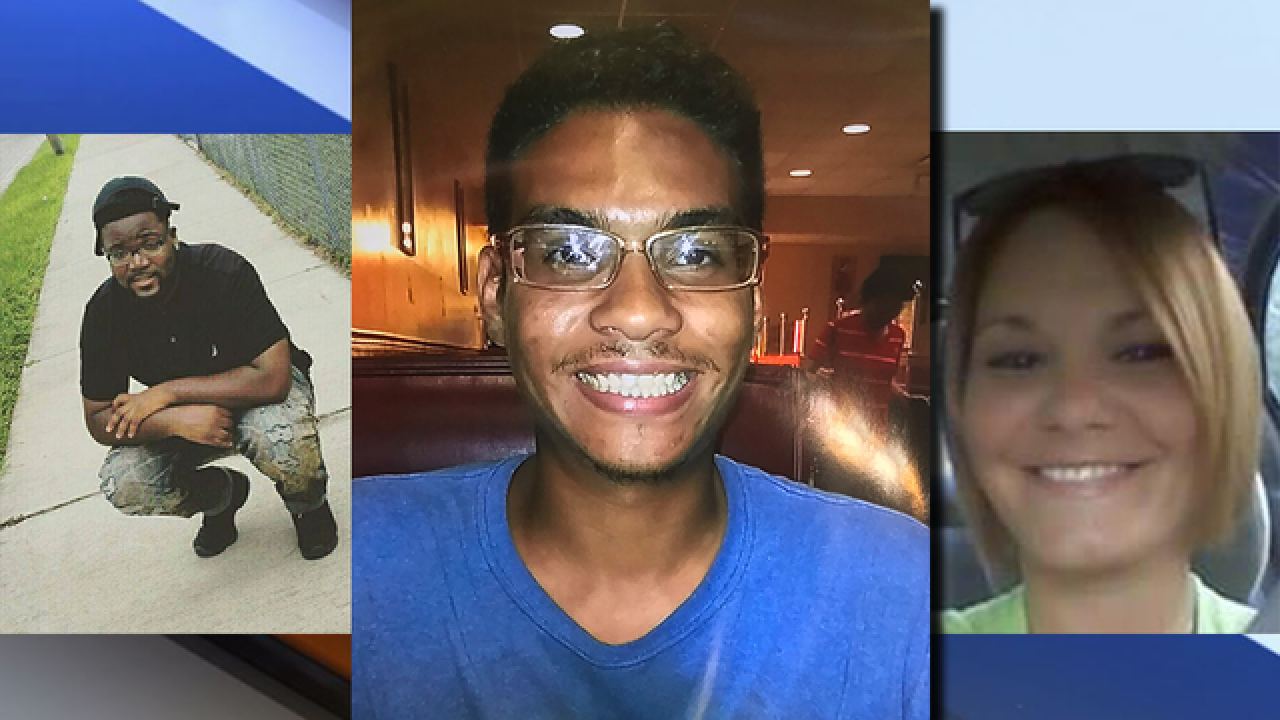 Tampa Police have identified a recent high school graduate with autism as the third victim of a killer targeting Tampa’s Seminole Heights neighborhood.

Before Naiboa was identified, detectives in the neighborhood learned Naiboa's parents were concerned he had not come home yet.

"My son, he just came out of work last night. He took the wrong bus," said his dad Casimar Naiboa.

Naiboa, who is autistic, had taken a city bus and was expected home by that time.

They later determined that he took the wrong bus and believe he was going to another bus stop but did not make it.

Naiboa recently graduated from Middleton High School. His parents say he is the oldest of 5 siblings.

“He was in the prime of his life," Chief Dugan said during a news conference on Friday morning. "And was taken instantly."

Detectives believe the shooting is linked to the two shootings in the area that occurred last week.

Naiboa was killed only a few hundred feet from where Benjamin Mitchell, 22, was killed on October 9. Mitchell was murdered roughly one block north of where Naiboa was shot. A third victim, Monica Caridad Hoffa, 32, was shot and killed under a half a mile away just last week.

Detectives have not discovered any connection between the three victims. In each of the shootings, it appears the victim was alone and was not robbed. There is no apparent motive, according to TPD.

"This is senseless. Somebody could shoot people just like that. This person needs to be caught," said Naiboa's father.

"We still have no leads, we have no motives," Chief Dugan said during the press conference. "It's clear to me that they're all linked."

When asked if he would categorize it as a serial killer, Chief Dugan replied: “We can call it what we want. If that brings attention to this… That’s fine.”

Detectives are warning citizens to stick together and not get caught outside alone.

"We have someone terrorizing the neighborhood... Don't walk alone," Chief Dugan said. "Be aware of your surroundings."

Chief Dugan is asking all residents in the area to turn their porch lights on every night to help keep the neighborhoods safer. He says anyone who does not have a porch light can contact TPD and they will provide one for you.

"If you're walking alone, you're either a suspect or a potential victim," Chief Dugan warned.

Crime Stoppers and ATF have teamed up to offer an $25,000 reward in the cases. Anyone with any information regarding this case and who wants to be eligible for a cash reward is asked to call Crime Stoppers at 1-800-873-TIPS (8477), report anonymously online at www.crimestopperstb.com.