Voncile Dry was born on April 24, 1907. The 110-year-old’s life started when Theodore Roosevelt was the President of the United States. The daily newspaper was just a penny and you could buy a dozen eggs for just a quarter.

"There's no secret,” said Mrs. Dry. “I just trying to be happy and loving everybody and go to my Sunday school."

Mrs. Dry said she loves church and shopping and is the last living of her seven brothers and sisters. Two of her six grandchildren are still alive and so are all four of her great grandchildren.

Mrs. Dry is just one of hundreds of grandmothers who will be honored at the sixth annual Grandmother’s Valentine’s Day Gala on Sunday, February 11 at the Ft. Harrison Hotel in Clearwater. 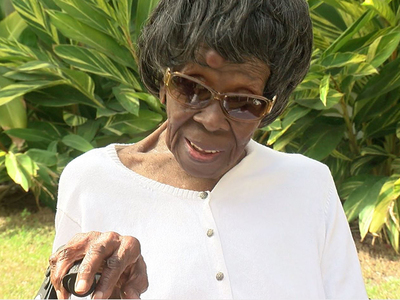 "No one ever does anything for the grandparents,” said Tonya Lewis, founder and president of the non-profit Children with a Vision! “We tried to find a month where nothing is going on and it was February so we came up with the Grandmothers Valentine’s Day Gala."

Lewis, one of the organizers of the events, said this is now her chance to give back to the grandparents who are doing the same things others did for her.

“Being on my own since I was 13 years old and out here with my adversities someone else’s grandmother helped me as a child," said Lewis. "We have 8 buses and three limos chaperoning all these grandmothers from Tampa to the Ft. Harrison Hotel to treat them like princesses."

Mrs. Dry will be one of the honored guests and an early birthday present, as she will be 111-years-old in April.

Grandmothers can register for this free event via email at childrenwithavisioninc@yahoo.com or via phone at (813)235-5656.