Woman knocked out by man in front of MacDinton's in St. Pete hoping to identify attacker 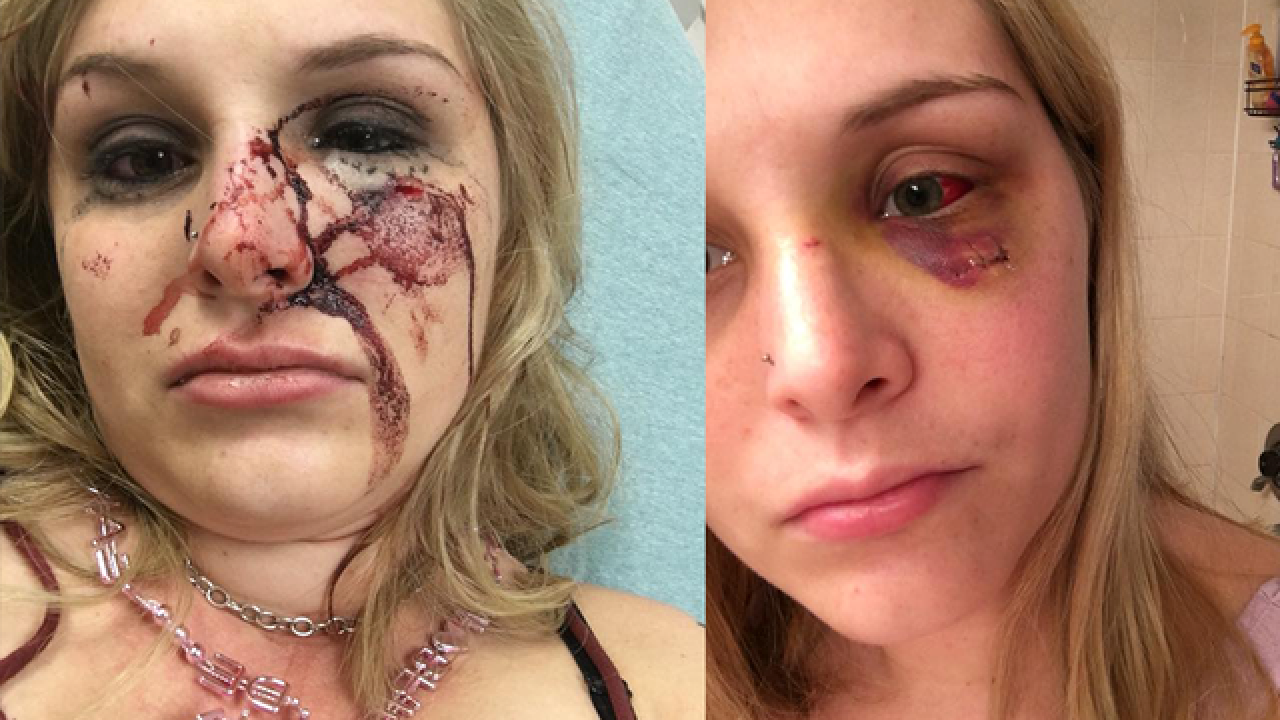 ST. PETERSBURG, Fla. — Police are searching for the man who allegedly punched a woman in the face in downtown St. Petersburg.

The violent confrontation happened around 3 a.m. Jan. 21, along 1st Avenue North, while a group of friends were celebrating a bachelorette party.

Two months later, police say the unknown suspect has not been caught, and the victim's Facebook post detailing the encounter is going viral.

More than 15,000 people have shared Amanda Comparetto's post within the past two days.

"We shouldn't be scared to have one night out of fun," said Comparetto.

Comparetto says she and her friends were leaving MacDinton's Irish Pub and waiting on an Uber to go home.

They say a strange man approached them and quickly turned violent.

"Took my friend by her arms and shoved her back and said 'this is my wife, I'm taking her with me.'"

When Comparetto stepped in to help, witnesses say the man knocked the Sarasota woman to the ground, leaving her unconscious, bruised, and bloodied.

"I woke up on the ground, I don't know how long I was unconscious for."

Comparetto was taken to the hospital to be treated for a concussion and received three stitches underneath her left eye.

"It makes me nervous to this day, what if he finds me, what if he wants to finish what he started," said Comparetto.

The only clue investigators have is a short video taken inside MacDinton's that night.

It shows a man in a red shirt dancing inside the bar.  St. Pete Police say they have not been able to find any helpful surveillance video from nearby bars.

Management at MacDinton's tell ABC Action News, staff members do not recognize the man in the red shirt and video from their cameras inside is too dark to help police.

Two months after the attack, Comparetto is sharing her story online, hoping someone cal help police make an arrest.

"It will just give me peace of mind that he is, he can't hurt me and I can actually sleep at night knowing that he's not out there and he's not going to do this to another woman."