Dogs are banned but city says it's hard to enforce

ST PETERSBURG, Fla. -- People in St. Petersburg are fuming mad about dogs invading North Shore Beach. Dogs are not allowed on the beach, which is just blocks away from downtown St. Pete.

Yet, the city says enforcing their own rule banning pets on the sand is difficult. Unless an officer witnesses a dog on the beach firsthand, they're unable to write a ticket.

"You've got dogs, poo, pee and swimming water. Bad idea," she explained. She also worries about the shore birds that nest and gather on the beach.

"Yes! Every time I’m here!," Sakellaridis added. “The dogs are nasty. They’re smelly. They go in the water.”

This past weekend, St Petersburg neighbors joined together to scold dog owners ignoring the signs and petition the city to enforce their own rules. 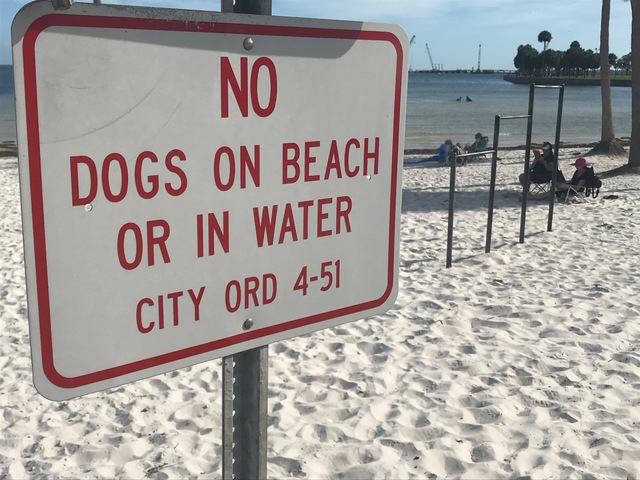 Fran Fuhrman is applauding their efforts. “I take my grandchildren here and I don't like seeing all the dogs all over the place doing their business where my grandkids play," she said.

“It’s unbelievable. If a dog is well behaved and the owner is responsible, I don't see the problem,” Tsyganova elaborated.

“If you have a dog, you want them to enjoy life as much as you do," Simard added.

The neighbors reported the issues to See Click Fix and are spreading their message on social media as well.