Keeping kids off the streets in St. Pete 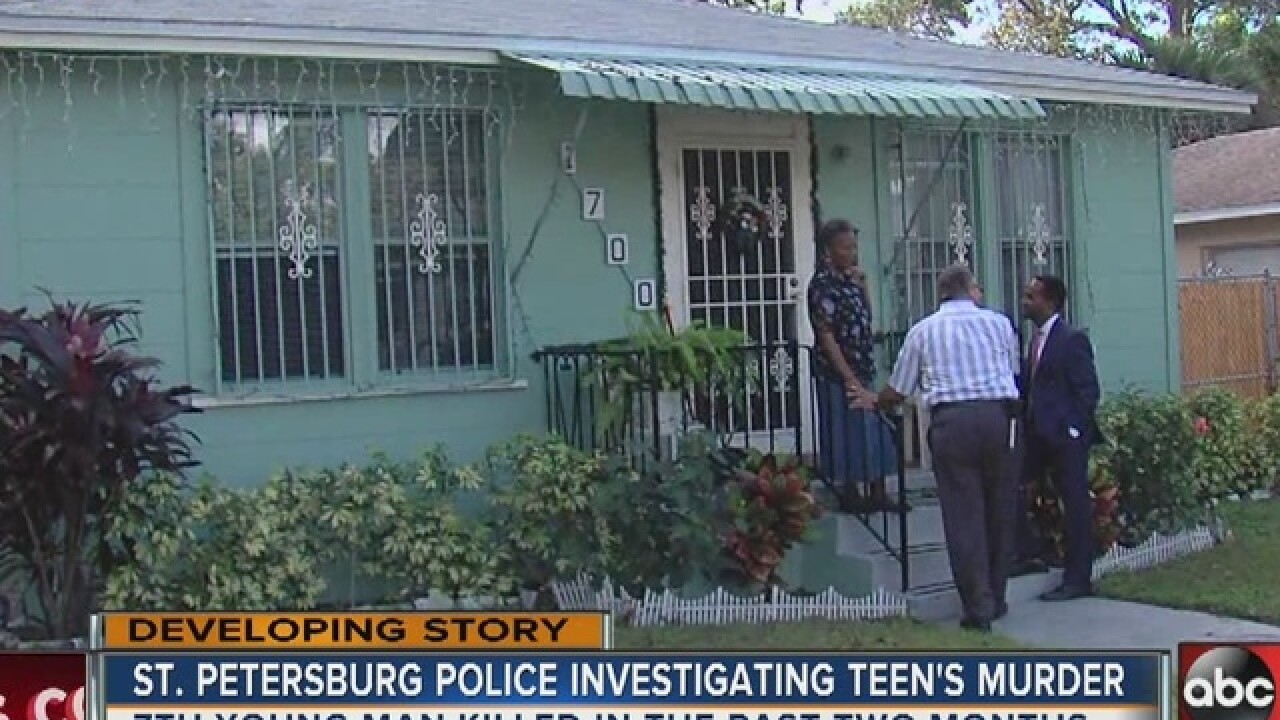 Over the weekend, yet another fatal shooting on the streets of South St. Petersburg.
Again, the victim was just 17-years-old. That makes seven young men killed in the same area of town over the past few weeks.
As investigators look for suspects in the latest crime, folks in that community are looking into what can stop the bloodshed.
Pastor Clarence Williams of Mt. Zion Church is going right to the streets-- talking with people who are impacted by this violence everyday.
ABC Action News spent the day with Rev. Williams as he walked the streets, speaking with residents and addressing some of their concerns. It's something he does often.
Pastor Williams believes that's the only way to address this issue. To see it and hit it head on.
Residents that spoke with ABC Action News said that the entire community has to get involved. Be it through educational programs, mentoring or simply calling the police if they have information on a crime. Those we spoke with say they live in fear every day, wondering if one of their loved ones could be next.
"It is a major concern because you don't know when it's going to happen. You don't know who it's going to happen to or anything like that. You just pray it's nobody you know," said resident Nikia Hayes.
"These kids are not afraid to die. They're afraid to live. That's dangerous," Rev. Williams told ABC Action News.
A city spokesman, Benjamin Kirby emailed ABC Action News the following statistics indicating crime is down. He also outlined what the city is doing to address the issue of youth violence.
More holistically, we've invested in youth employment at record levels.
We are working with St. Pete College and the Education Foundation to offer scholarships to preschool teachers to help standardize and improve school readiness.
Scripps Only Content 2015