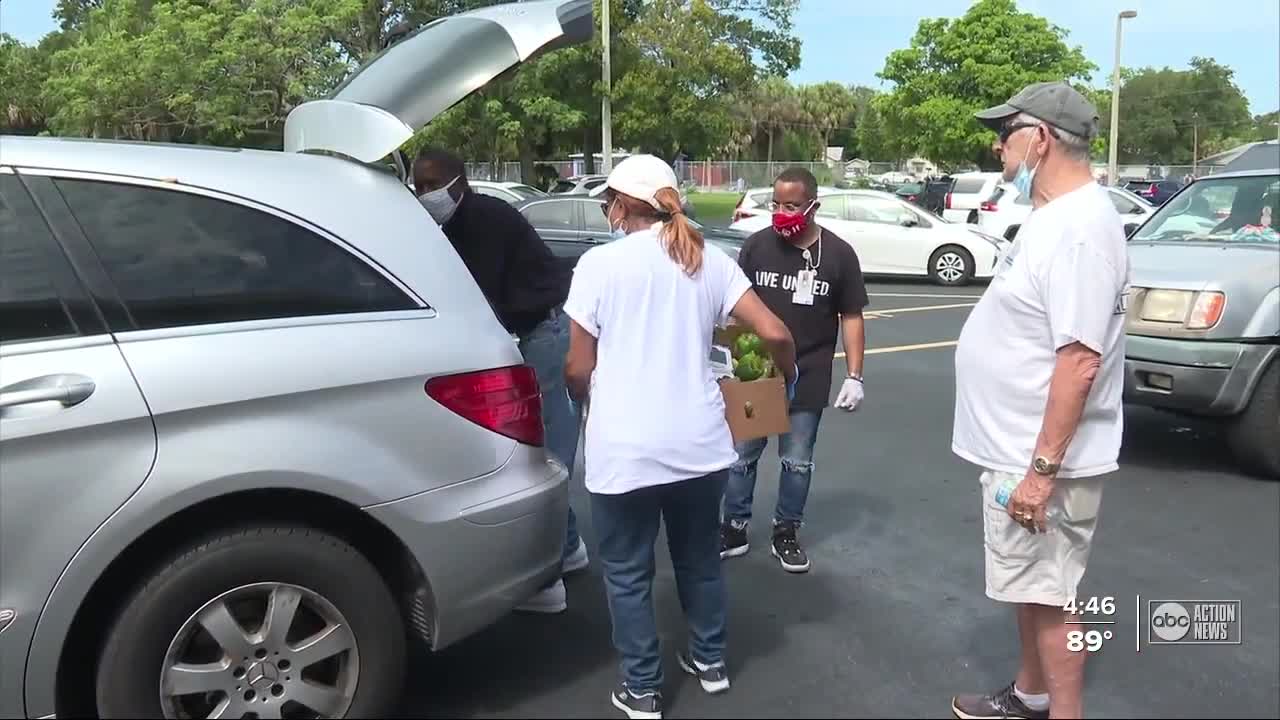 Local nonprofits say they’ve never seen this much need for help. Each Thursday from until the end of the year, the United Way and Farm Share are teaming up to feed more than 750 families a week at John Hopkins Middle School. 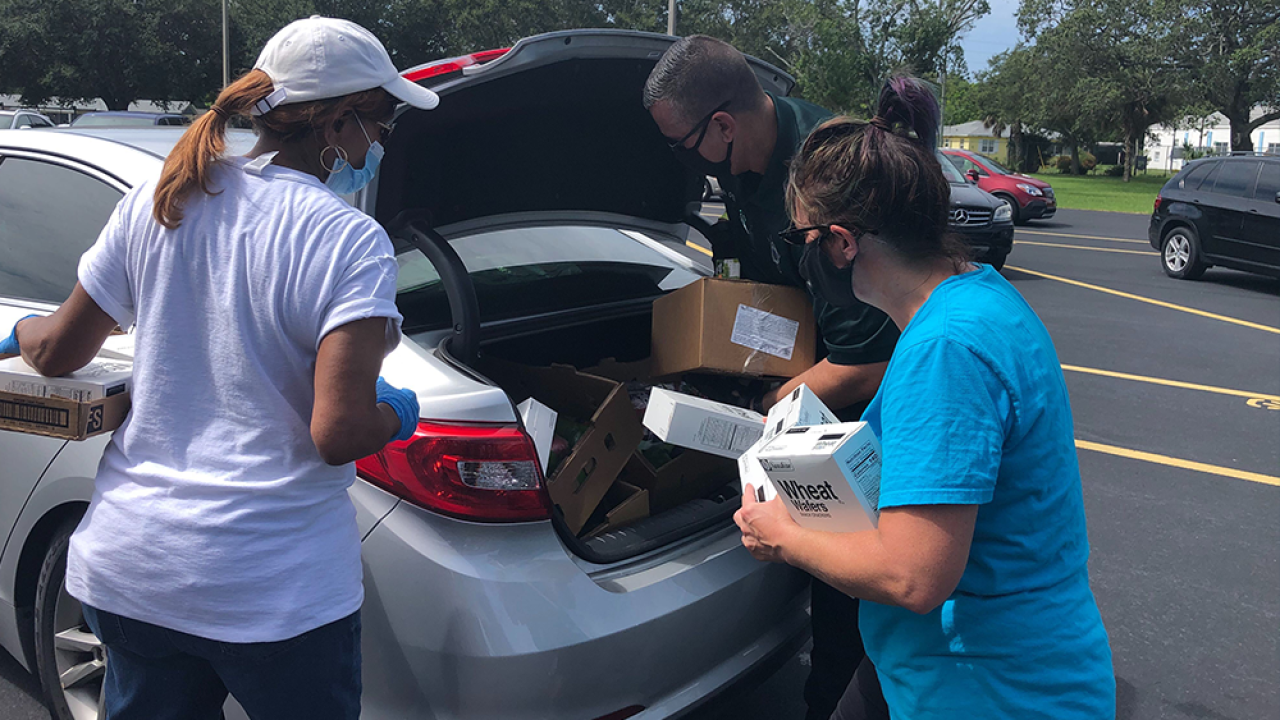 ST. PETERSBURG, Fla. -- A growing food crisis is impacting cities across the U.S., including areas throughout Tampa Bay.

Nearly 800 families packed a free food distribution site in St. Petersburg Thursday at John Hopkins Middle School. Each Thursday from until the end of the year, the United Way and Farm Share are teaming up to feed more than 750 families a week at the school.

Those sites could get even busier as a federal unemployment relief program providing an extra $600 a week comes to end Friday.

“Families are running out of other food options and for many of them, this is all that they have,” he said.

Napoleon Green was among the families picking up food Thursday. He shouted time and time again at the volunteers, “Thank you and God bless you!”

“Times are hard with money and everything like that. It takes a lot of pressure, anxiety and ease off of my family,” Green said.

He was able to pick up both food and facial coverings.

Pinellas and Hillsborough County School Districts are also extending their Summer feeding programs at more than 100 schools. Pinellas County sites will now be up and running until August 19. In Hillsborough, they will go until August 13.

“From the start of the pandemic until now, we’ve given out 6.2 million meals to our entire community,” Hillsborough County Schools Superintendent Addison Davis said during a press conference Thursday.

Maude McDonald, one of the food distribution volunteers at the South St. Pete site says she is grateful to be able to help during this difficult time.

“We’re all in this together. Everybody is going through something and just to see someone smile and say thank you and know that it’s okay we’re going to get through this together,” she said with sincerity.