New rules to keep VA from declaring vets as dead 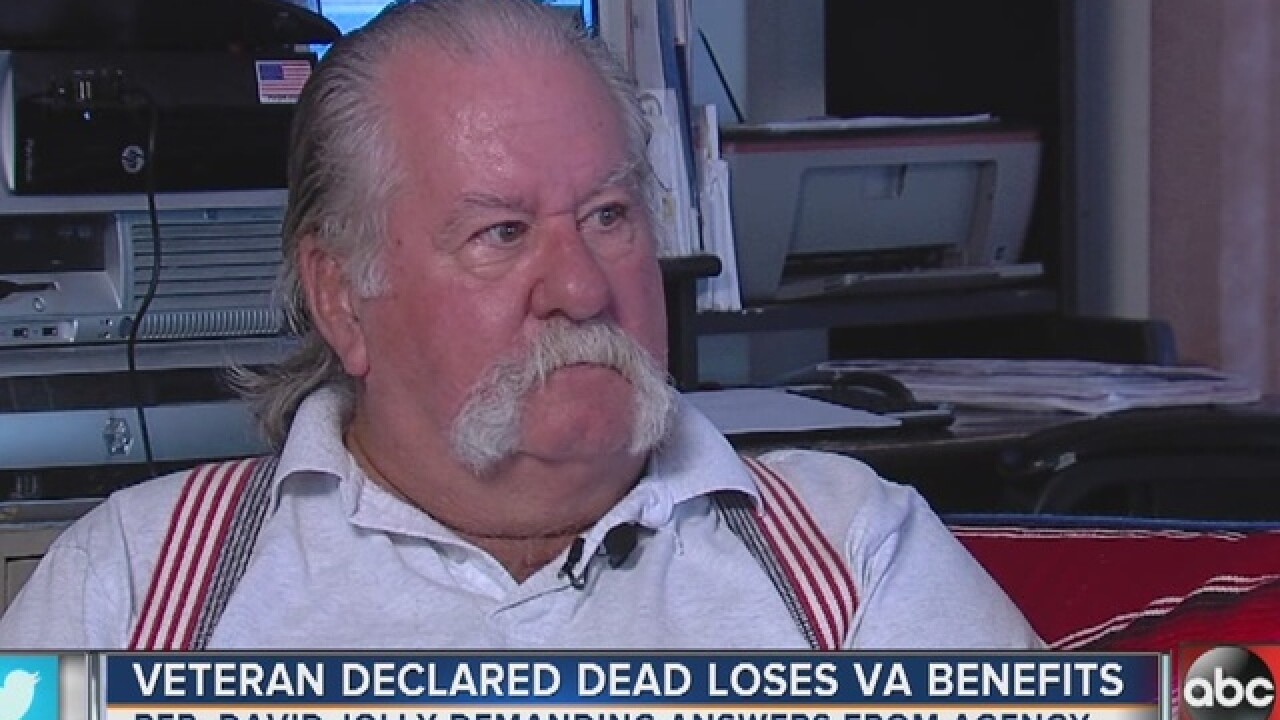 Six Tampa Bay veterans have stopped getting benefits after the U.S. Department of Veterans Affairs erroneously recorded them as dead.
Rep. David Jolly and Veterans Affairs announced a new policy that will prevent clerical errors that erroneously lead to the termination of veteran's benefits. Instead of automatically terminating benefits, the agency will notify the next of kin 30 days before the planned cancelation. This gives veterans a chance to contact the VA and tell them there is an error.
The VA policy change is something that sounds simple but Congressman Jolly says has taken nearly a year to make happen. Now, instead of just cutting a veteran's benefits because records show they've died, the VA needs verification.
The new policy requires the VA to send a letter confirming a veteran's passing that goes to the beneficiary. If it turns out to be a mistake, the veteran can contact the VA themselves.
This serves as a warning instead of just cutting off benefits automatically.
"It's so weird because I actually felt pretty good when I woke up that morning, and to have somebody tell you that you were dead - I sort of took it with a grain of salt that it wasn't true," said Mike Rieker.

Rieker is one of those six Tampa Bay veterans who stopped getting benefits after the VA said they were dead.
Scripps Only Content 2015