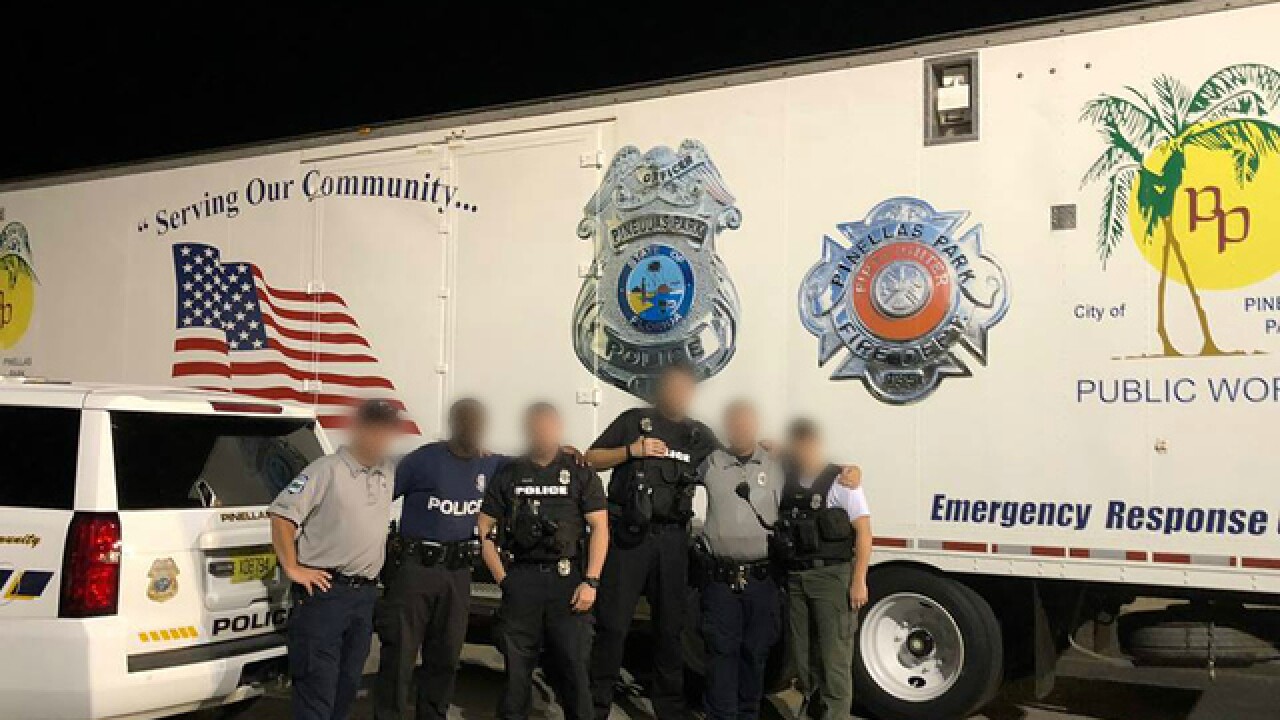 BAY COUNTY, Fla. — The Pinellas Park Police Department is investigating several of its own members after an accusation of misconduct has surfaced.

The allegation stems from a recent trip to the Panhandle in support of Hurricane Michael recovery efforts.

Chief Haworth has ordered an internal affairs investigation "to determine the facts and circumstances of the allegation," according to a Pinellas Park Police media release.

According to the department's Facebook post from Oct. 14, a team of 12 members provided 24-hour security for a mobile food preparation and distribution location.

All employees involved in the allegation of potential misconduct remain on the job working their normal assignments, according to the department. The department says that the investigation is administrative in nature.

We're told the investigation is expected to take several weeks and additional information will be released upon its conclusion.