Man snatches woman's purse out of shopping cart at Publix, steals $100 in cash 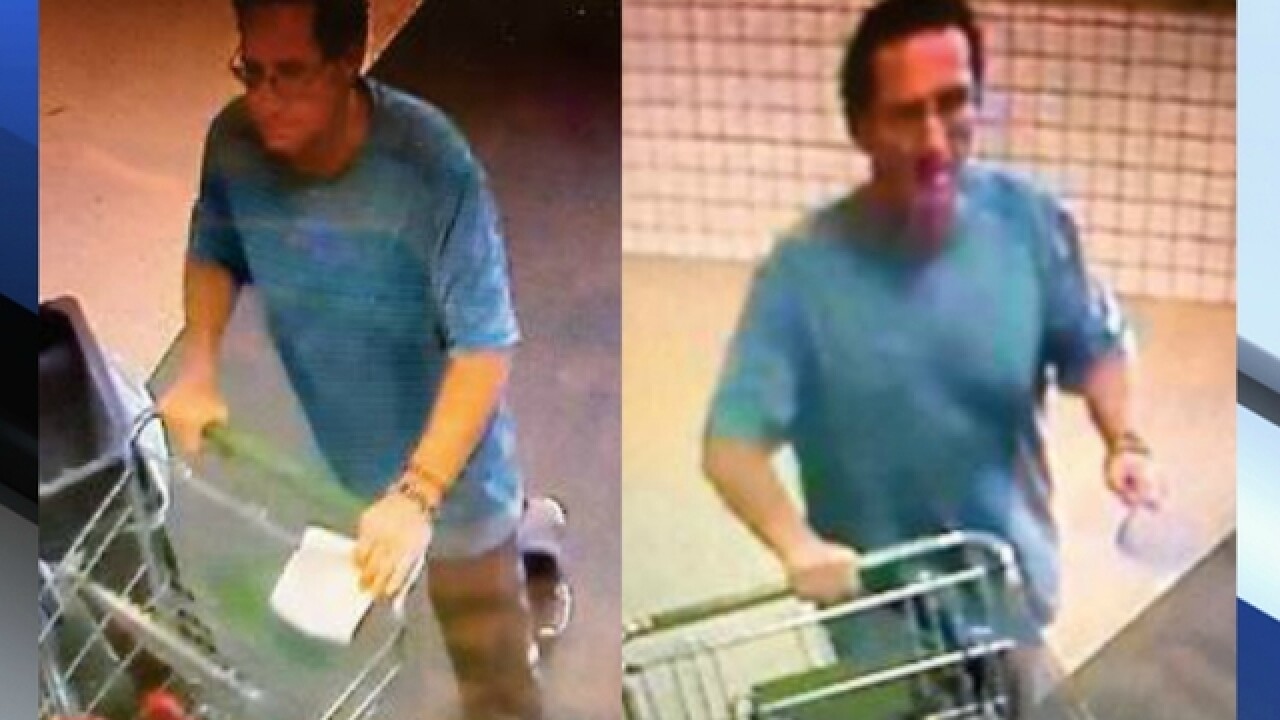 Authorities say at 10:33 a.m. the man removed a woman's purse from a shopping cart as she shopped. He then removed approved $100 from the purse and left the store, driving off in a white four-door sedan.

The same man is also suspected of stealing credit cards and $60 in cash from the same Publix on November 14.

The suspect is described as a white man, 5'8" tall, weighing 170 lbs., with black hair and a bald spot. He was last seen wearing a blue t-shirt with gray sweatpants and black prescription glasses.

If you recognize the man, call the Hillsborough County Sheriff's Office at (813) 247-8200; or to be eligible for a cash reward call Crime Stoppers of Tampa Bay at (800) 873-8477 or give a tip anonymously online at www.crimestopperstb.com.