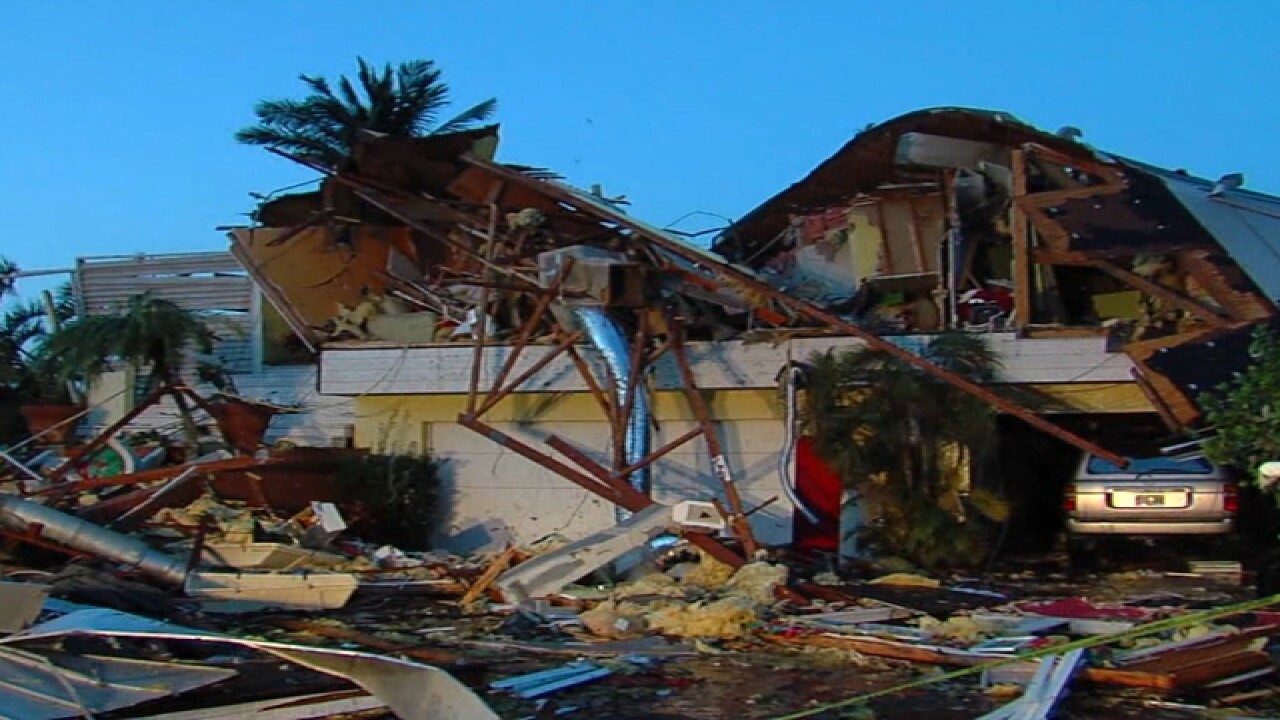 “God wasn’t ready for me” said Nancy DeVito. Nancy DeVito is counting her blessings after surviving a tornado ripping through her Sarasota County home early yesterday morning. She says she woke up to the sound of wind and glass rattling. She tried to run but it was too late.

“It happened so fast. I didn’t have time to really be afraid until it happened. Then I was scared, I thought I was going to die,” she said.

The roof collapsed on top of her, trapping her inside. A pipe bursting just feet away, DeVito says she was stuck face down in darkness.

The tornado cut off all electricity in the house.

She made it out alive thanks to a friend downstairs who made it out safe calling 911, family and neighbors.

Nancy told ABC News she was screaming and banging on the floor, hoping someone would hear her.

“Finally I heard someone call my name and it was my neighbor,” she said. That neighbor grabbed a ladder and climbed to the roof. With debris everywhere, all he could grab was her foot, letting her know help was on the way.

Nancy was sent to the hospital, but family, friends and neighbors helped with cleanup. One group of strangers were the Christian disaster relief group called The Church Of God In Christ Mennonites.

“All these men, women, their wives came, and before we knew it they were packing everything downstairs. They were sweeping, and then they were gone. They were like little angels,” said Tammy Stockfis, Nancy’s daughter.

Now, Nancy and her family want to say thanks.

“You helped us salvage so many things, and we couldn’t have done it without you. We’re just grateful,” she said.

Nancy says it's a miracle she survived. Apart from the cut on her face, she has a gash on her knee and she’s extremely sore.

Her dog Charlie made it out safe.

For now, she and her family members are trying to salvage what they can while waiting on the insurance company to see what they’ll be able to get for the house.