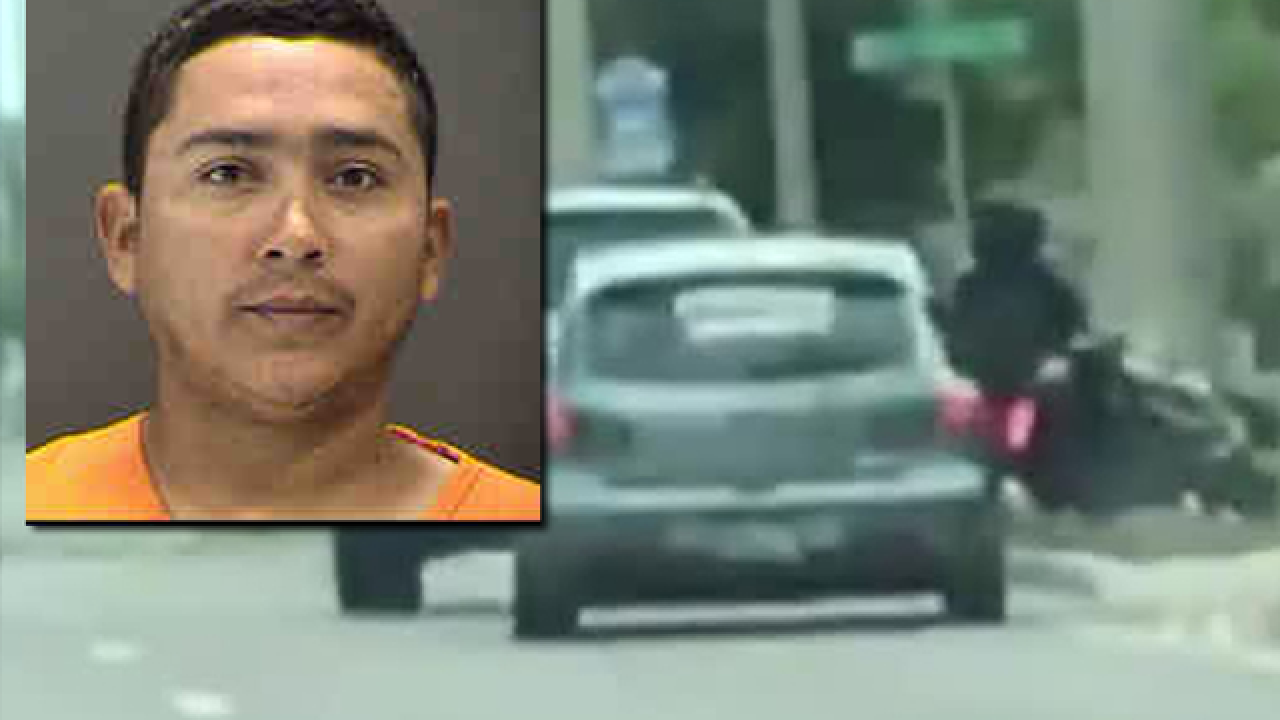 The driver who was involved in a motorcycle road rage incident in Sarasota on Sunday evening was arrested on Tuesday night.

Magdiel Medrano-Bonilla, 30, who police identified as an illegal immigrant, has been charged with operating a motor vehicle without a valid license and aggravated battery. His bond has been set at $20,000.

"He was following the story and he was doing everything he could to do destroy the evidence involved in this, which almost killed a motorcyclists," said Sheriff Knight.

Knight said Medrano-Bonilla is an illegal immigrant from El Salvador.  ICE has placed a hold on him.

Detectives arrested Magdiel Medrano-Bonilla, 30, of Sarasota, in connection with the road rage video that went viral earlier this week. Details to follow. pic.twitter.com/cakAX7MP8t

The crash happened near the intersection of Beneva Road and Riviera Drive in Sarasota on Sunday evening. A video of the accident went viral on social media after a witness recorded it as it happened. The video showed the motorcyclist changing lanes and driving alongside a Mazda when he motioned for the car to pull over, swinging his arms toward the vehicle. The motorcyclist said the driver of the Mazda was throwing change at him. The Mazda eventually swerved toward the motorcyclist, hitting him and throwing him off of his bike.

The motorcyclist, Darin Hendrickson, told ABC Action News he was taken to the hospital for a hyperextended knee, possible fractured ribs and severe road rash.

"I really just don't understand it, how a human can do that to another human," he said, "it just doesn't sit right with me."