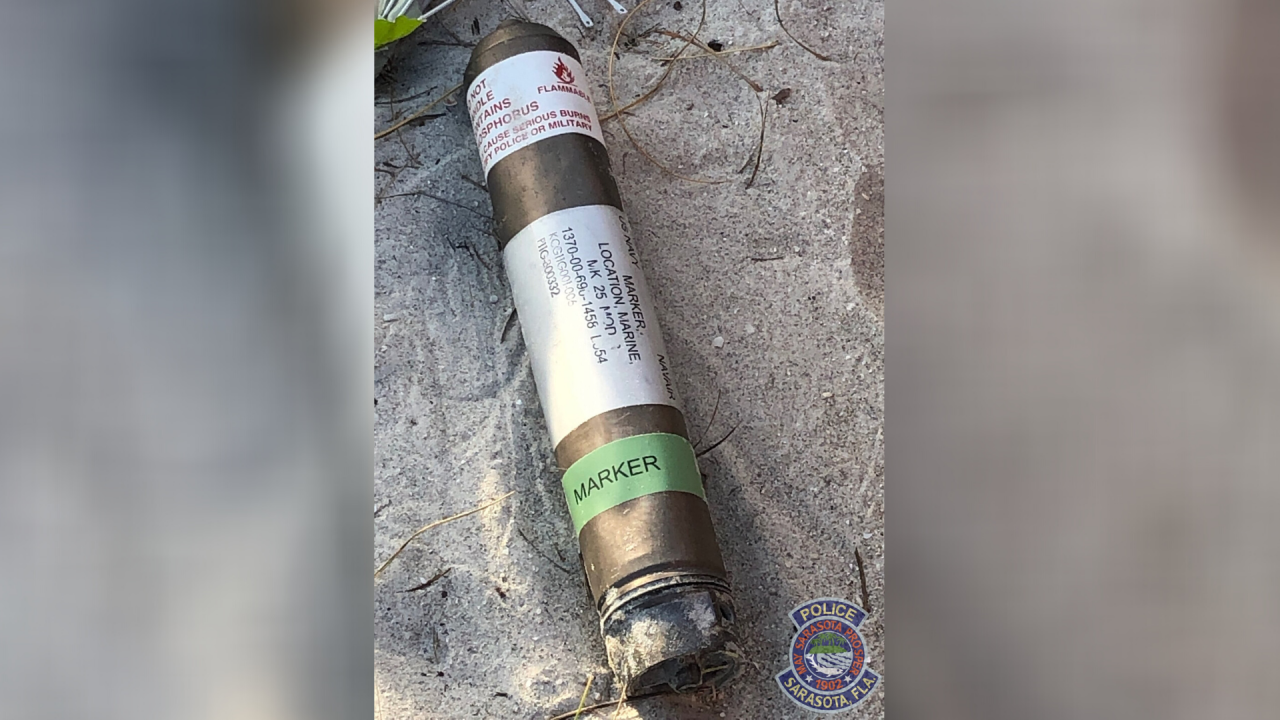 SARASOTA, Fla. — Sarasota Police have a reopened portion of Lido Beach that was closed for a short time after a potentially explosive device was found Friday morning.

The North Lido Beach parking area, near Polk Drive and Benjamin Franklin Drive, was also closed and has since reopened, police say.

According to a press release, someone noticed the object near a garbage can in the parking area just before 7 a.m. and called 911.

Members of the department's Explosive Materials Unit responded and determined it was a military marking round, the release said. MacDill Air Force representatives responded to the scene and removed the devices to dispose of it properly.

UPDATE WITH VIDEO: Representatives from @MacDill_AFB arrived and removed the military marking round from the trash cans in the North Lido Beach area. All parking lots and beach accesses are back open. Our Officers have left the area as well. https://t.co/IaLuRn5rBv pic.twitter.com/VPPBs0mcfe

Police say the area is now back open.