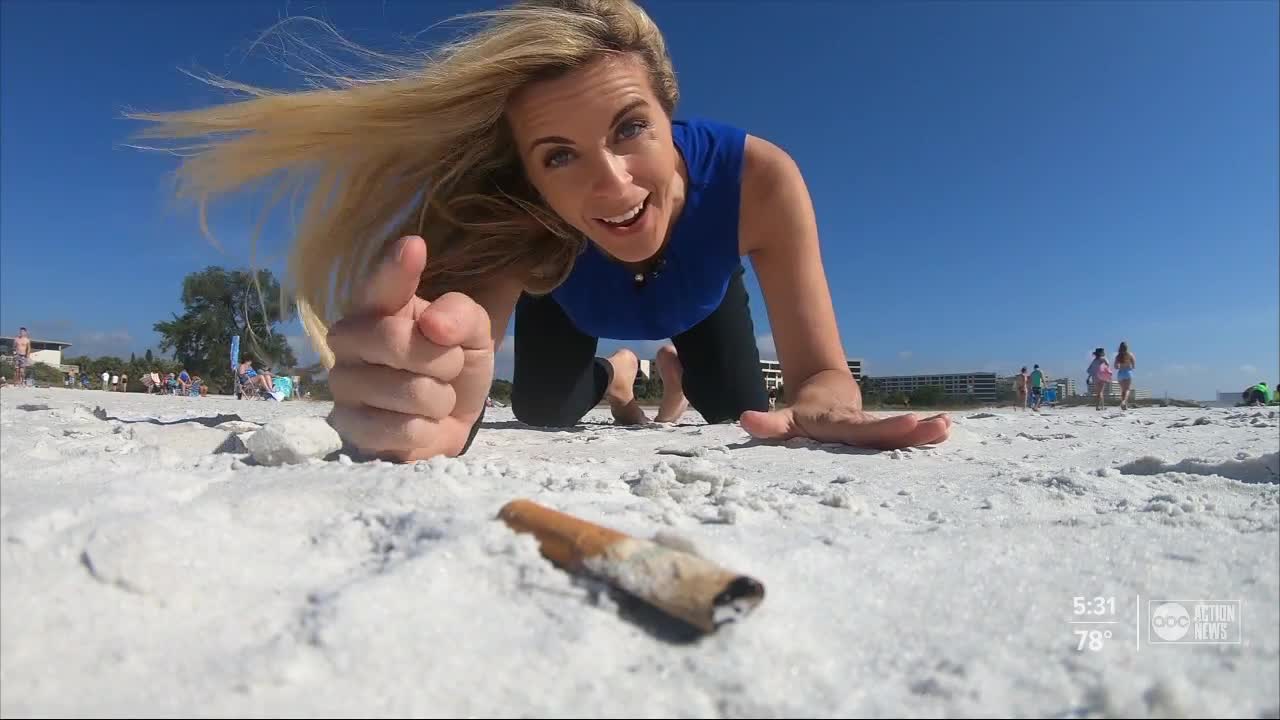 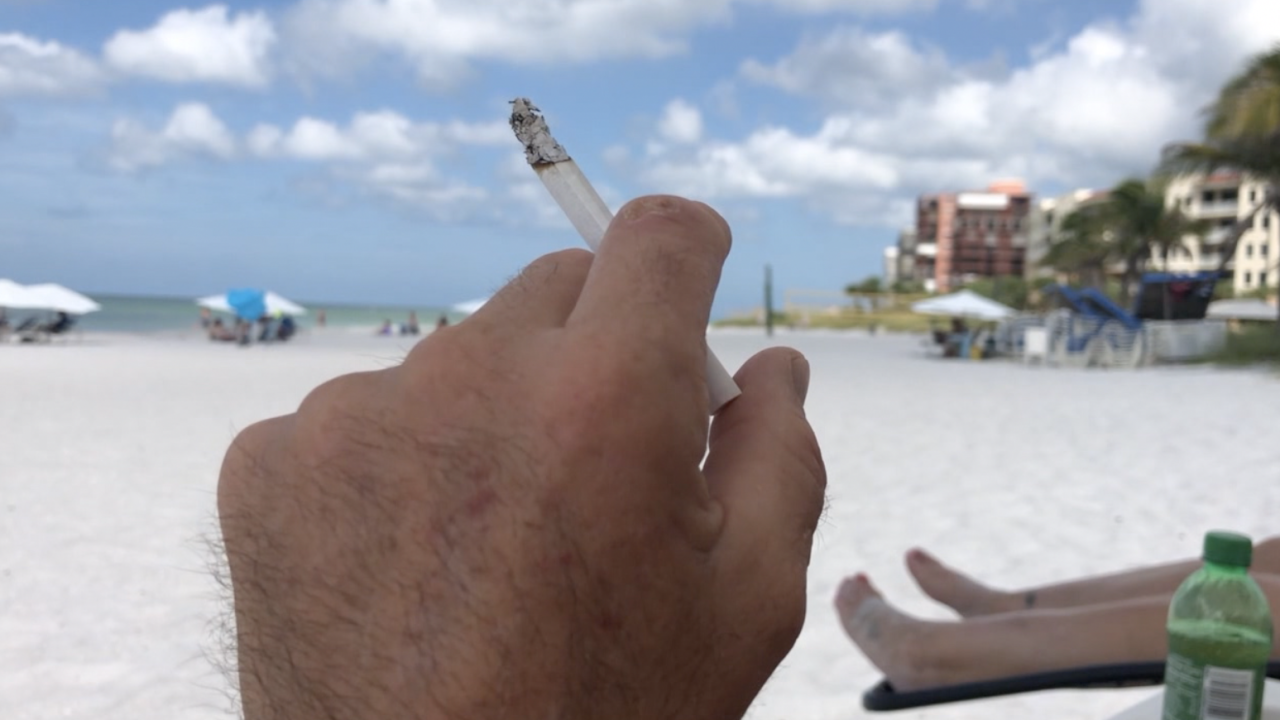 SIESTA KEY, Fla. -- Right now, there's a bill in the Florida legislature that could give individual counties the right to ban smoking on public beaches.

Now, he's sponsoring a new bill that would give individual counties the right to decide to ban smoking.

"This is an outdated law. It’s time to get rid of it. Nobody wants to go to the beach, pop up an umbrella and have your neighbor smoking and get that second-hand smoke," said Gruters.

One of the biggest issues is that people say smokers are using the beach as an ashtray.

"We were at the beach yesterday and there was a huge pile of cigarettes where the kids were playing and it was just disgusting," said Tessa Boissoin.

Boissoin and her family visit Florida beaches several times a year because her kids love playing in the sand.

"Florida’s a beautiful place and it's just sort of ignorant that people still do that. It's 2020," said Boissoin.

Pictures of a baby skimmer chick holding a cigarette butt on St. Pete Beach went viral a few months ago.

"Cigarette butts are the number one issue of the most polluted item found on beaches year after year," said Gruters.

He believes if passed, this law would increase tourism.

If the bill is passed, the new law allowing counties to ban smoking on beaches would go into effect on July 1.