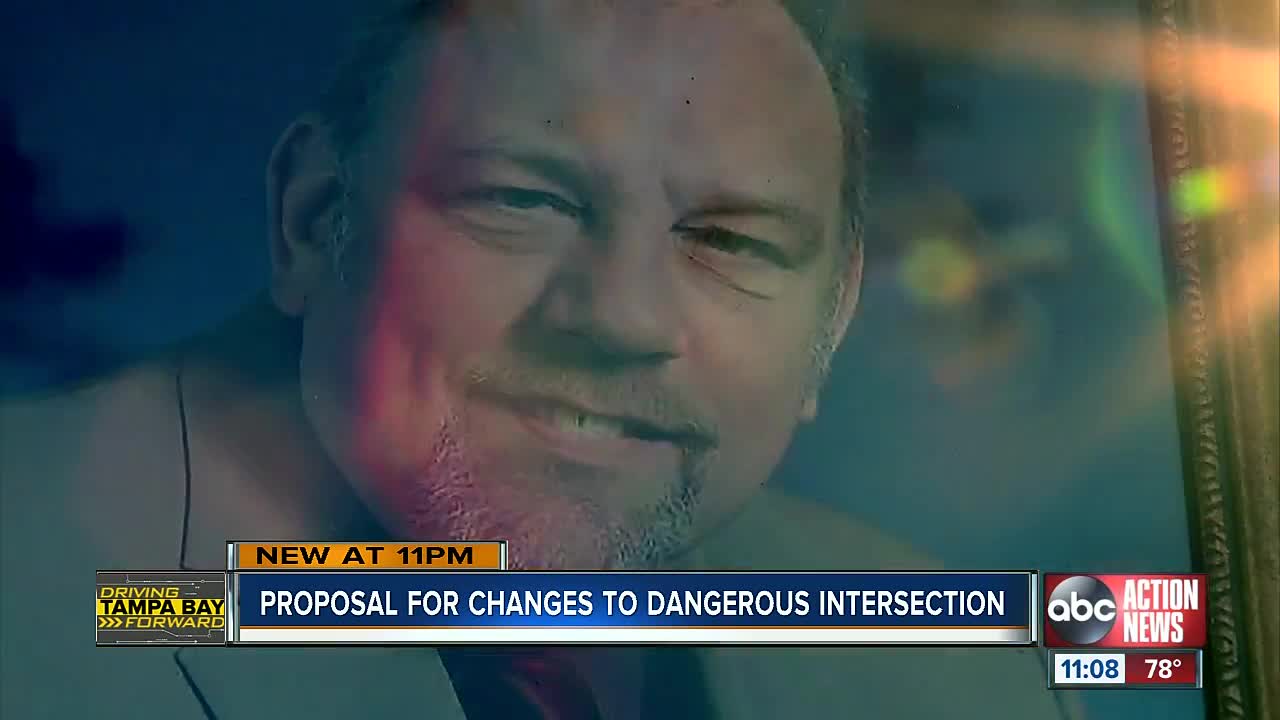 According to the numbers from the Department of Transportation, there have been 44 crashes at the US-301 and County Road 675 intersection since 2014. Four of them were fatal. 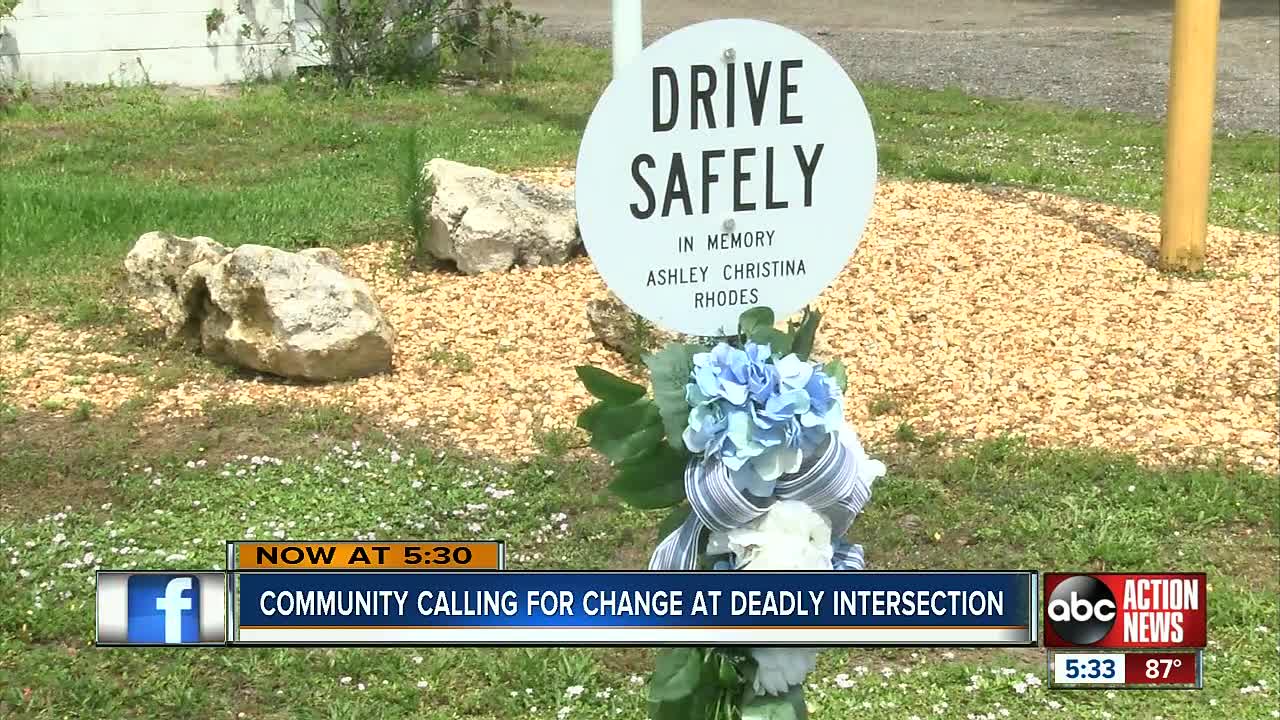 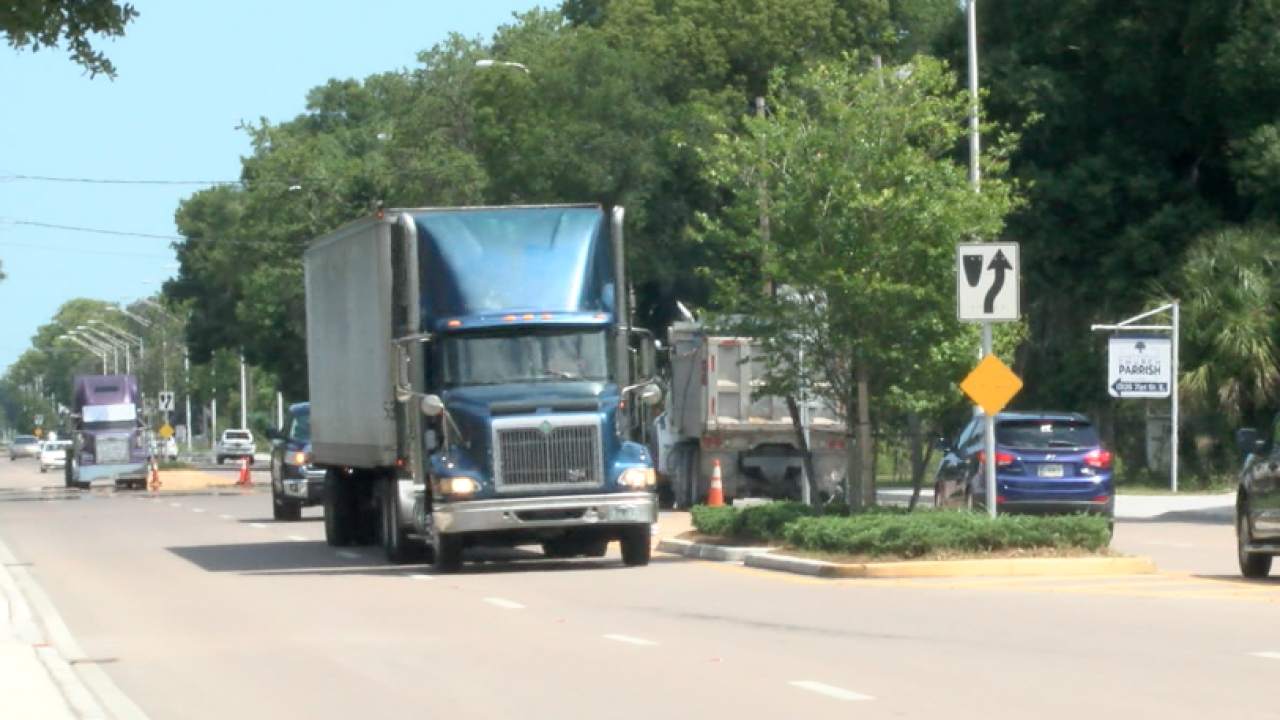 PARRISH, Fla. — Flowers, a bow, and a sign with the words "drive safely" on it now sit at the US-301 and County Road 675 intersection in Parrish.

"She was a beautiful girl inside and out," Dr. Terry Clekis said.

Rhodes worked for Clekis as a veterinary tech at North River Animal Hospital.

"She left work at 630 and she was dead at 635, right there. It’s heartbreaking to us these guys are all best friends they are still devastated. We haven’t gotten over this yet. We are making it our life’s work to get a light at that intersection."

"And since then we had another death out here," said Gretchen Fowler, the president of the Parrish Civic Association.

Dr. Kenneth Bauer, 54, died on April 18, after a drunk driver crashed into him on his motorcycle.

"He was the coolest in the students eyes and he was an incredible educator we were lucky to work so closely with him," Dr. Victoria Reinhartz said. Bauer was a faculty member at LECOM Bradenton School of Pharmacy. Reinhartz said the besdt way the community can honor Bauer's legacy is for FDOT to install at a traffic light at the intersection where he lost his life.

"If we can do this last imitative for making our community safer in his honor and in remembrance of him that would be one last act we’d love to see accomplished," Reinhartz said.

Parrish United Methodist Church sits right at the corner of the intersection. Church members were here for both crashes.

"What we did, we prayed," said Pastor Christopher Schmidt. "We prayed for the families and all those involved."

Locals said the road is dangerous.

"I avoid it as much as possible, " Gretchen said. "It gets backed up, and you just never know what chance you're taking pulling out into the intersection. "

According to the numbers from the Department of Transportation, there have been 44 crashes at the intersection since 2014. Four of them were fatal.

"That doesn't also speak for the number of times we hear brakes lock up, or horns getting laid on because somebody was cut off or something happened," said Schmidt.

Fowler said she and others have gone back and forth with state leaders about the intersection for years. She said something needs to be done.

"We have 10,000 plus homes going up, new retail going in down the road and we're the hub to get to the center of the state," she said. "We need help. We've been asking for a decade now."

She wants a traffic light put up, but the Department of Transportation says there's not enough traffic on the road for anything other than the flashing red and yellow lights that are already up. The speed limit is 45, which is normal for a road that size, according to officials.

"Maybe the numbers aren't high to warrant a light, but how much value do we put on human life?" said Schmidt.