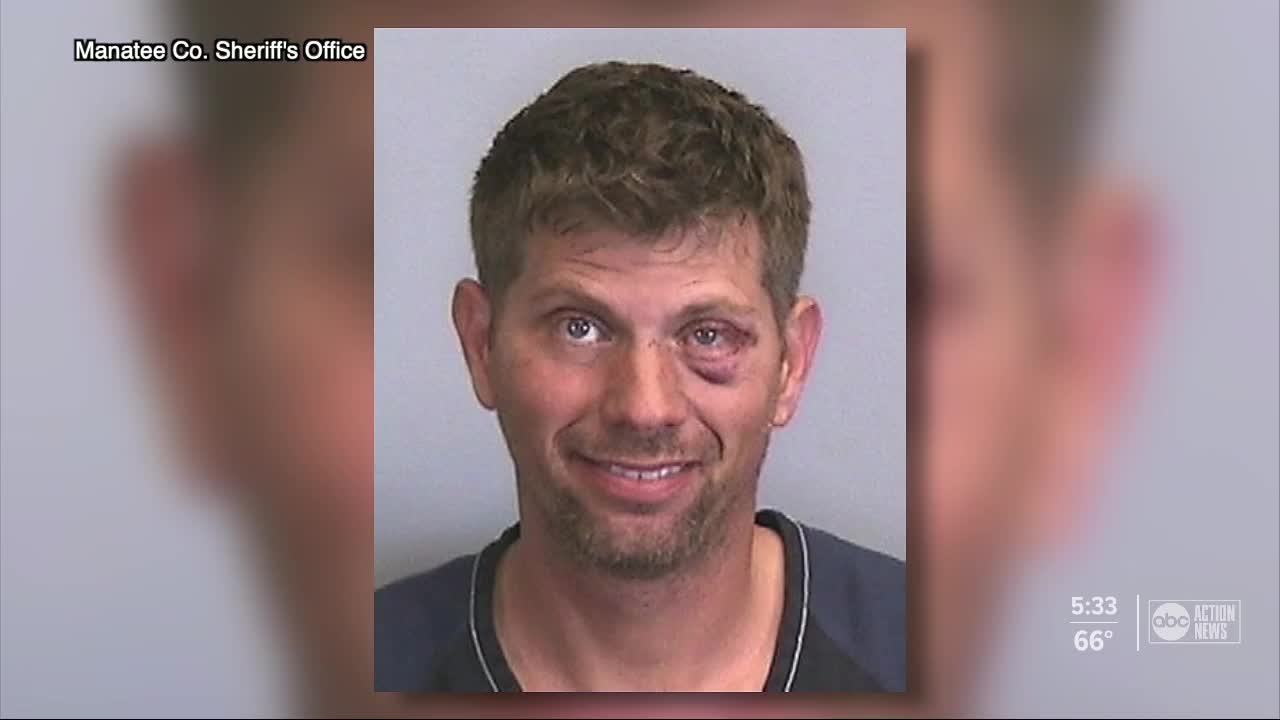 A man was arrested in Manatee County for hanging a dog with an electrical cord, then punching a child after the child refused to help him hide the dog’s remains. 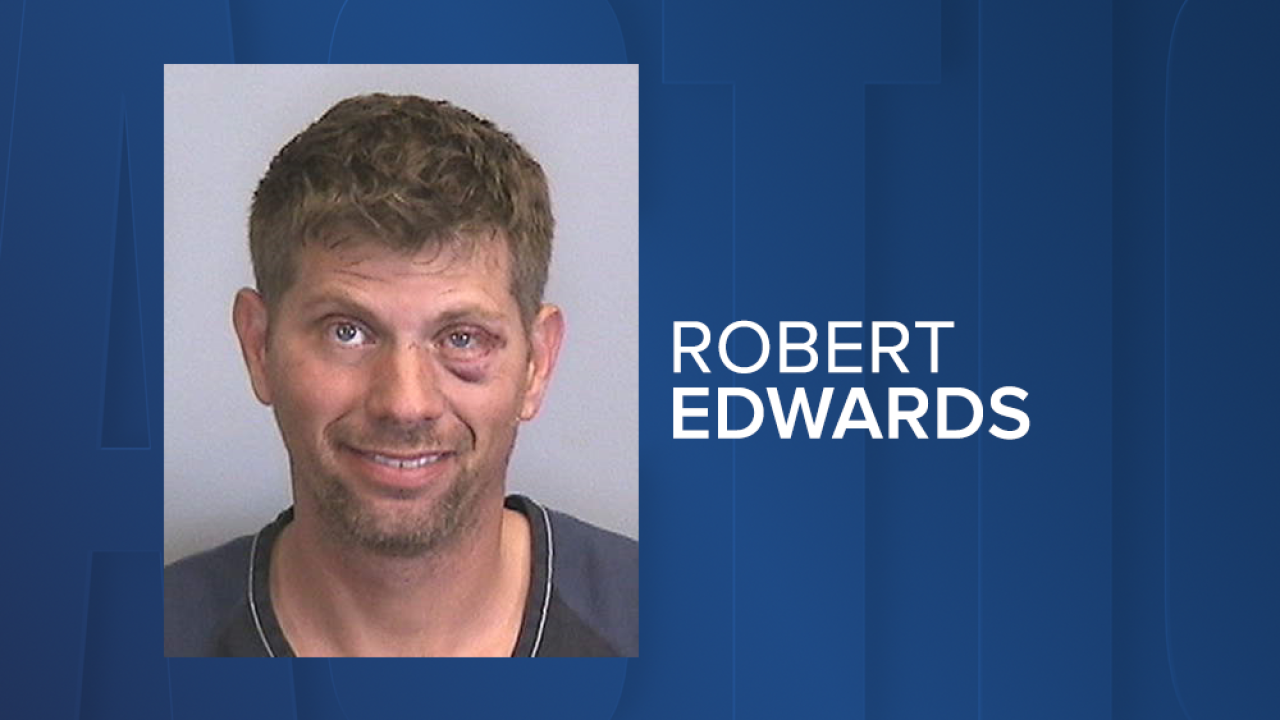 MANATEE COUNTY, Fla. — Robert Leroy Edwards, 38, was arrested in Manatee County for hanging a dog with an electrical cord, then punching a child after the child refused to help him hide the dog’s remains.

According to the sheriff's office, Edwards is being charged with battery, contributing to the delinquency of a minor and torture charges — two misdemeanors and a felony.

MCSO says Edwards hanged the dog with an electrical cord because the dog was barking.

“Words just don’t express the anger that’s inside me,” said Richard Hunt, owner of the dog.

According to the dog's owner, Richard Hunt, Edwards, was renting a room in the home Hunt’s son lives in when he hanged the dog outside the home.

After hanging the dog, Edwards went inside the dog’s home and woke up a child and told the child to help him hide the dog's remains.

When the child saw the dead dog, he refused to help hide its remains. In return, Edwards punched the child.

According to MCSO, Hunt's son heard the commotion from inside the house. When he walked outside, he was also punched by Edwards several times. That man then called 911.

“I can see her face that last minute, I can see her struggling, not understanding what’s going on, my heart, I mean, he’s such a scumbag to have done that to her,” said Hunt.

Edwards was arrested and his court date is scheduled for February 21, 2020.