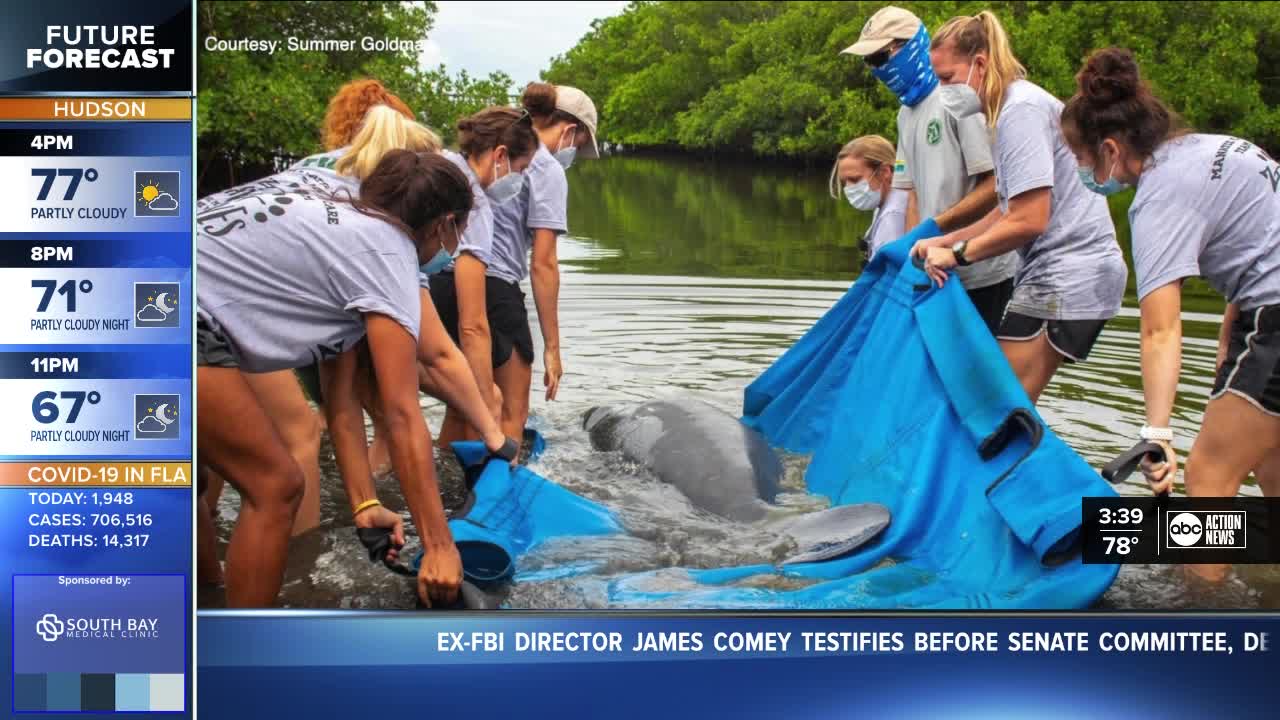 A pair of best friends in first grade are being called heroes in their community after they helped rescue an injured manatee near their home. 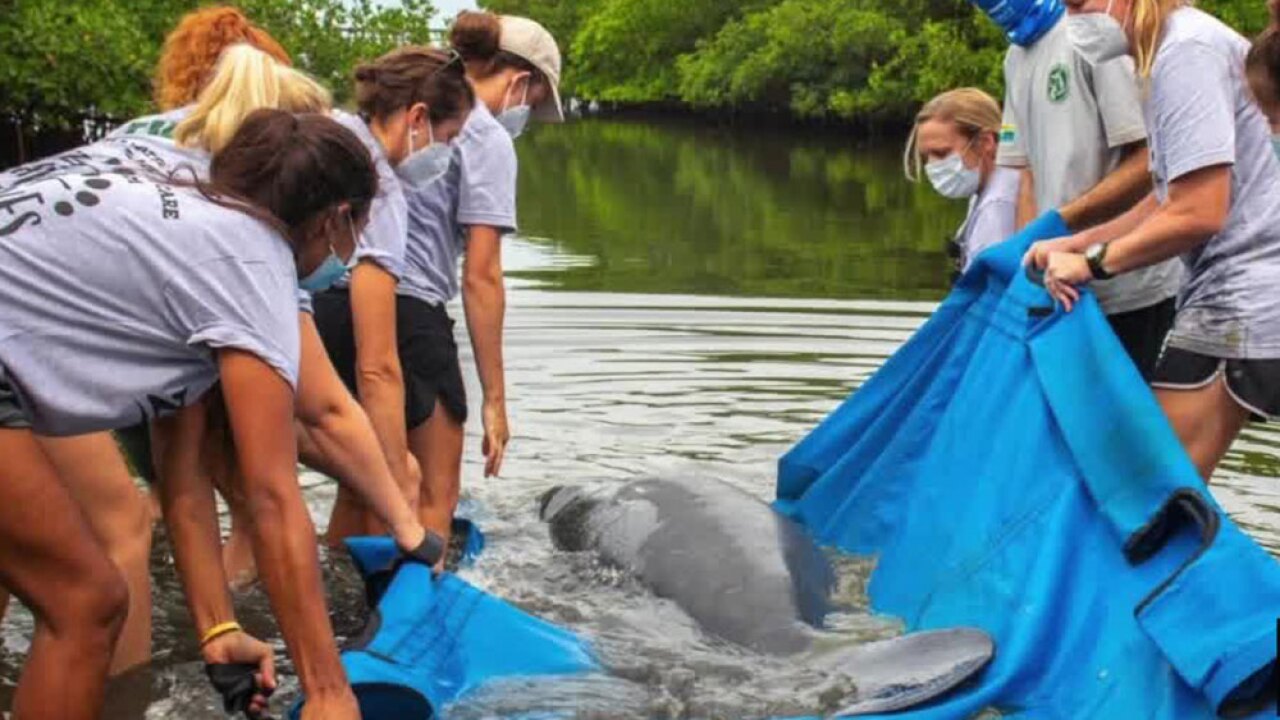 TERRA CEIA, Fla. — A pair of best friends in first grade are being called heroes in their community after they helped rescue an injured manatee near their home.

Rayne Boshek and Reed North were laughing and playing in Rayne's Terra Ceia backyard this past June, when all of a sudden, they noticed an injured manatee just a few feet from shore.

"It was just floating in the water," said six-year-old Rayne. "It needed help."

"She started screaming, and I was like panicking, so I went over," said six-year-old Reed. "It was cut up by a boat propeller."

"The scratches were kind of red and they were big," said Rayne.

The first graders immediately ran to get their parents.

"All of a sudden, they came running up frantic saying that there is a manatee downstairs hurt," said Summer Goldman, Rayne's mom.

Goldman called FWC, and the manatee was picked up and taken to Zoo Tampa. A few weeks later, Rayne and Reed were invited to visit the 600-pound sea cow up close during his rehabilitation. The zoo ended up naming him Bugaboo.

"They explained that he had several broken ribs and a punctured lung, as we all know it was from a propeller, and they indicated that maybe sometime later this fall that maybe he would be able to be released back," said Goldman.

Earlier this month, Bugaboo was returned to the same waters where he was rescued in Terra Ceia. Reed and Rayne were there to wave goodbye.

"It was flapping its fin, and it was making rings coming up the water," said Rayne.

"Reed's mom and I both had tears in our eyes. It was a joyous occasion that we will never forget," said Goldman, who is tremendously proud of the kids.

Reed and Rayne have gained celebrity status in their first-grade classroom, but they hope it's the adults out there that can learn a little something from a couple of kids.

"People have to be careful on boats," said Rayne.