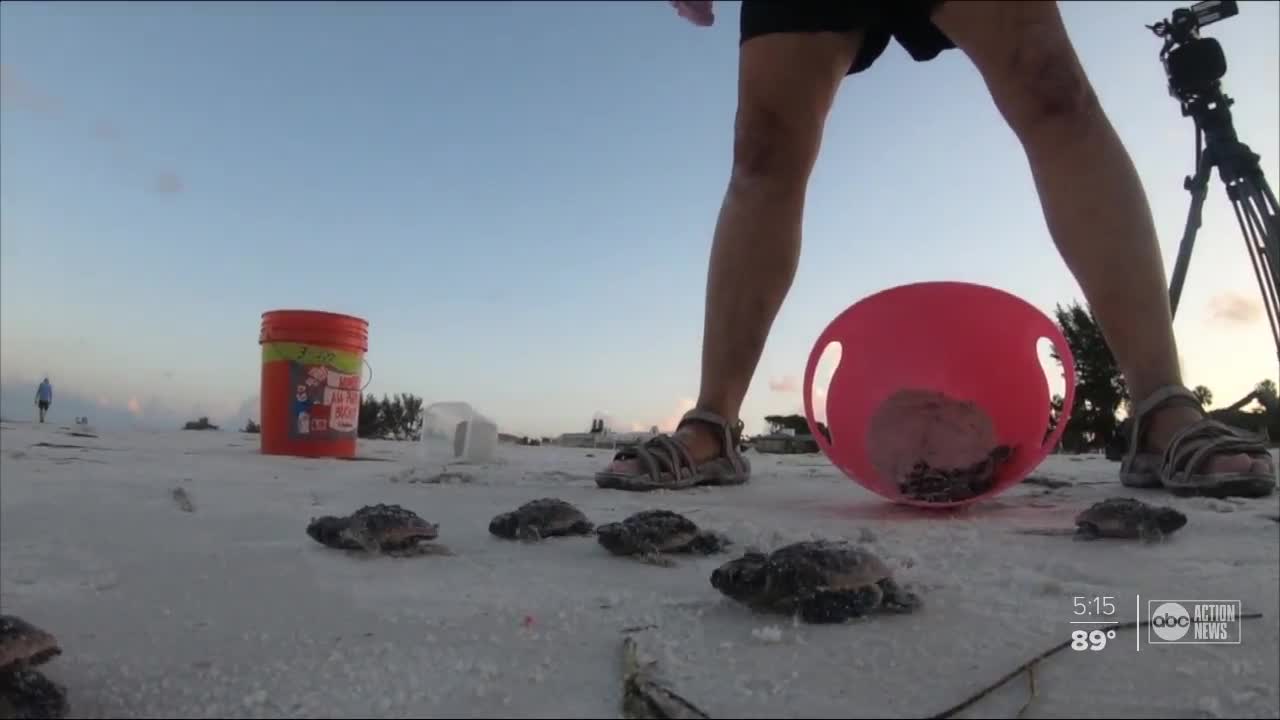 AMITW director Suzi Fox says the small group has been moving four to 15 nests a day since April. They are relocated to a protected area designated by Florida Fish and Wildlife.

"We are permitted to do so with Florida Fish and Wildlife and nests are just starting to hatch, so these guys would’ve had to stop pumping," said Fox.

A sea turtle lays its eggs and then returns to the sea. Each nest has close to 100 eggs buried two feet deep in the sand.

Volunteers are able to track where a turtle has nested by following tracks in the sand. The nests in the sand replenishment area are carefully dug up and then re-nested in holes they have dug in the safe area.

Volunteer Gale Tedhams says it's hard work, but it's worth every moment.

"You know that you helped save them," said Tedhams.

Fox says the nests are just starting to hatch and so far everything is going well.