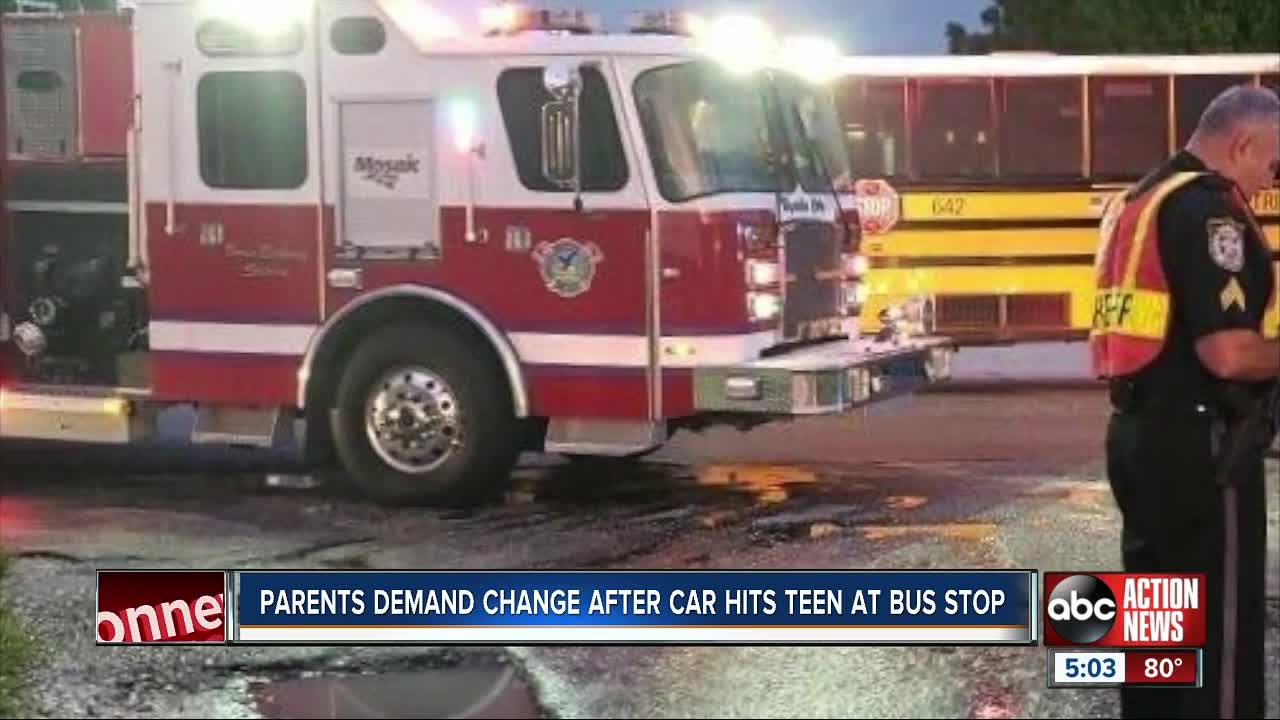 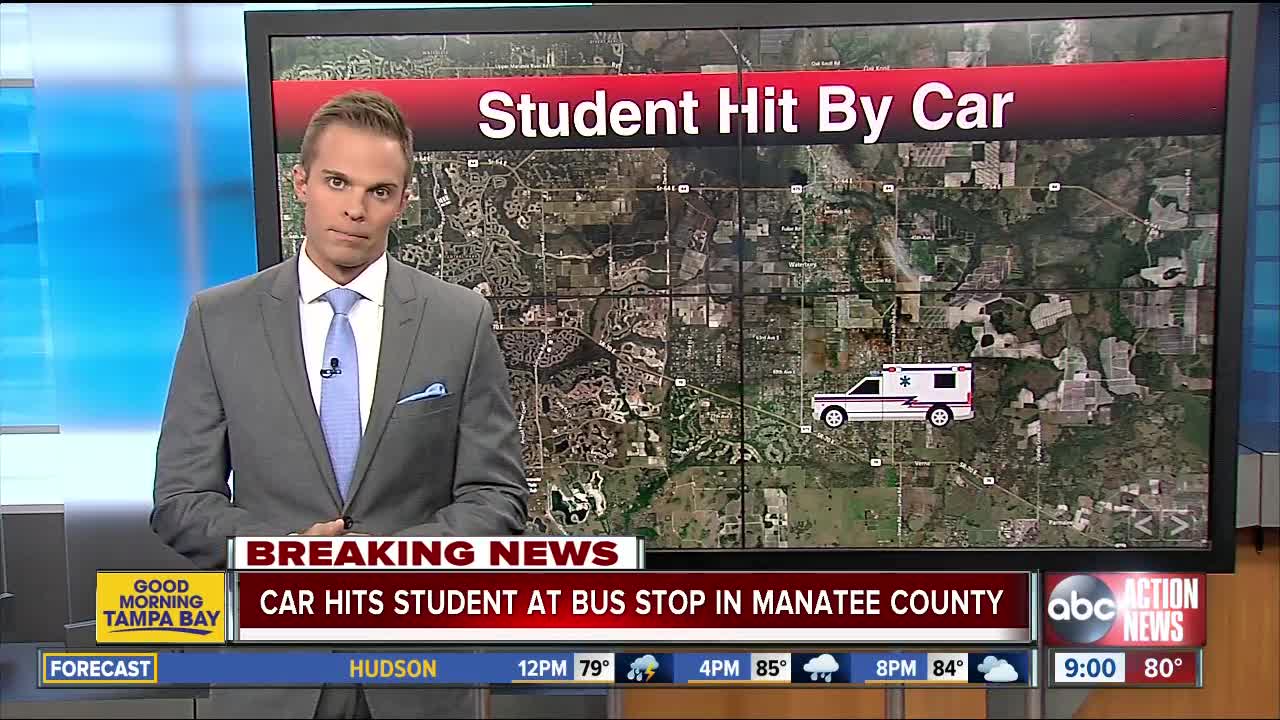 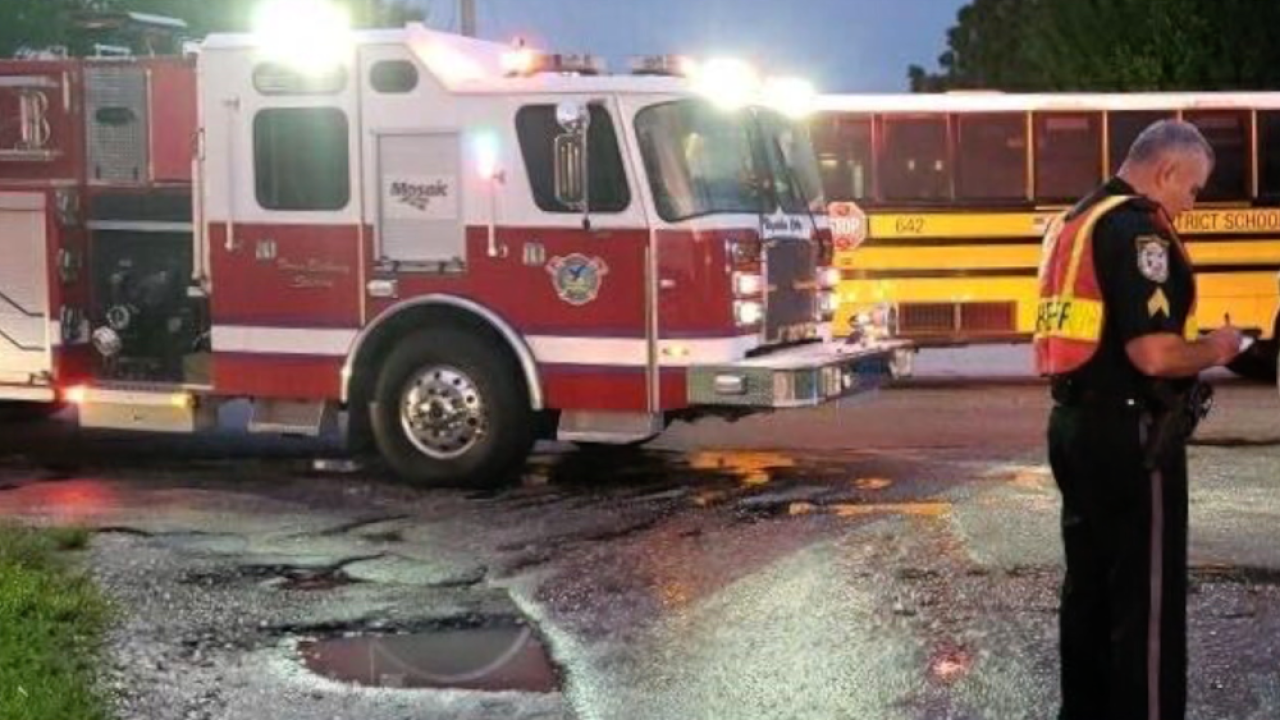 MYAKKA CITY, Fla. — A student is in serious condition at a local hospital after being hit by a car while waiting for his school bus Thursday morning.

The Lakewood Ranch High School student, 14-year-old Gabriel Shimmin, was at his bus stop at Verna Bethany Road and Gopher Hill Road in Myakka City and while crossing the street to get on the bus he was hit, according to Mike Barber, who is the Media Relations for Manatee County Schools.

A report from Florida Highway Patrol shows that 19-year-old Josee Martin was driving north on Verna Bethany approaching Gopher Hill, where the bus was stopped. The bus was facing south and had its flashing lights on and its stop signs displayed.

The bus driver waved the children to cross Verna Bethany and, after two children crossed, Martin entered the intersection, according to FHP. They say Martin hit Shimmin with the left front of her vehicle, throwing him into the side of the bus.

Shimmin was transported to Johns Hopkins All Children's Hospital in St. Petersburg by ambulance. He is in serious condition, according to FHP.

Martin is facing a charge for failing to stop for a school bus displaying a stop signal.

Lindsey McDaniel was dropping her daughter off at the bus stop when she saw it all happen.

McDaniel says children are put in danger by having to cross busy Verna Bethany Rd. to get on the school bus.

She says she wants the school district to make a change to keep the kids safe.

"I think the key here is making sure our children are not crossing a main road in the dark in the morning," said McDaniel.