High concentrations of Red Tide returns along Sarasota beaches, according to FWC map

After Red Tide disappeared from the entire west side of Florida's coast, it's returned in the South.

SARASOTA COUNTY, Fla. — After Red Tide disappeared from the entire west side of Florida's coast, it's returned in the South. 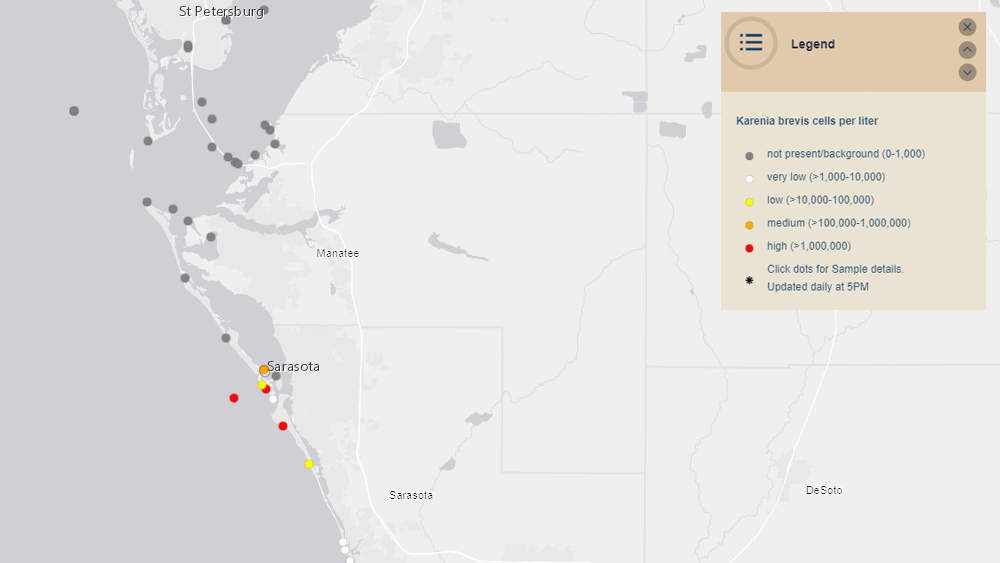 Meteorologist Greg Dee believes recent on-shore south and southwest winds pushed it back to those beaches. However, Friday's storms could help improve conditions and winds turning out of the North could blow that algae offshore.

Experts believe the majority of the other beaches on our coast are clear because of colder temperatures and December's storms churning up the Gulf. This broke up the algae bloom, essentially starving it.