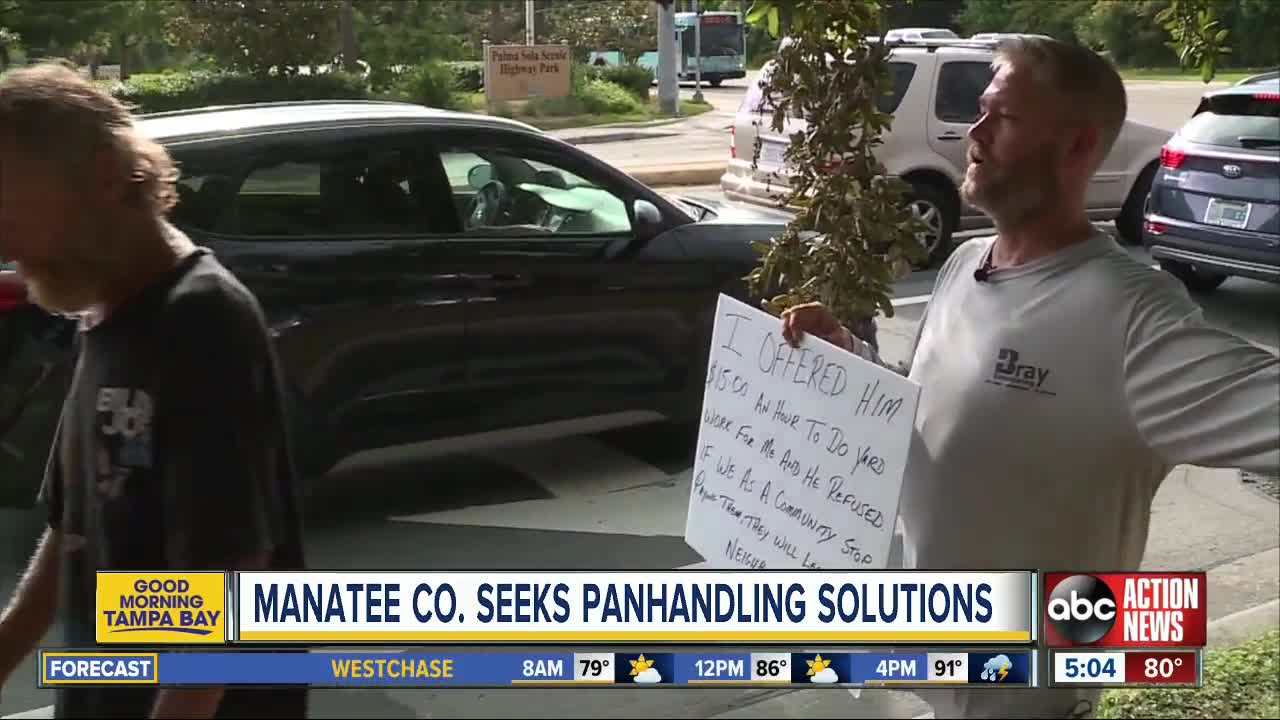 Residents in one Tampa Bay neighborhood are fed up with aggressive pandhandlers. 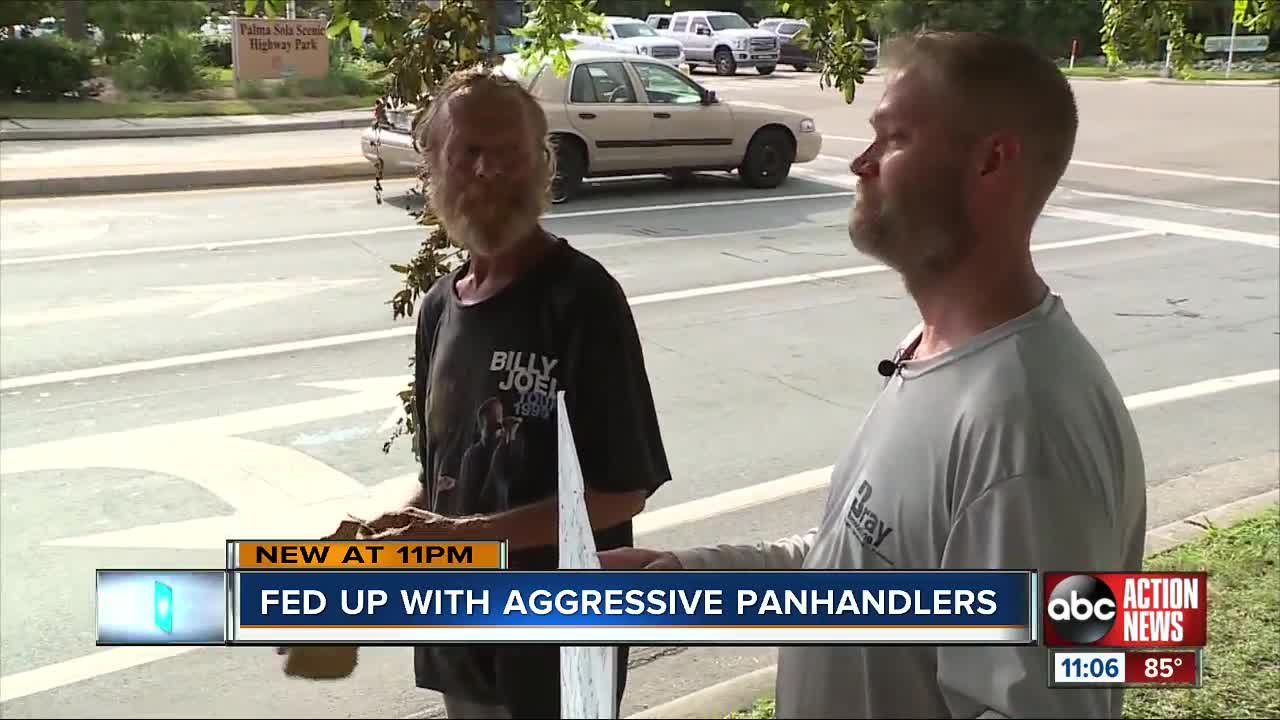 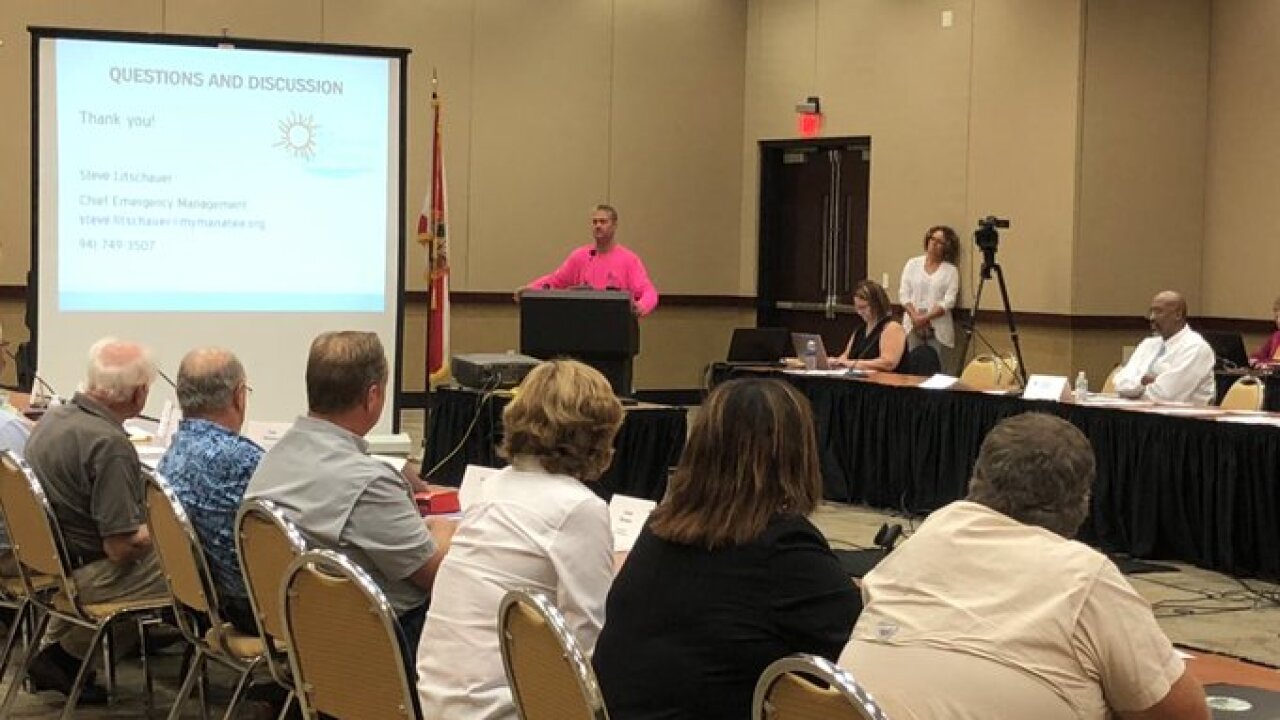 Residents in one Tampa Bay neighborhood are fed up with aggressive pandhandlers.

Drivers and residents say they are a threat to their safety and security.

Earlier in the month, Manatee County resident Ryan Bray offered a man on the street a job instead of money.

"What frustrated me is the belligerence if you don't give them money," Bray previously told ABC Action News. "They curse and they yell at you. Said he's going to 'rape my mother, kill my wife,' you know why? Because, I didn't give you any dollars. Don't get belligerent with people that don't give you money."

RELATED: Bradenton man fed up with aggressive panhandlers, takes to streets to warn other drivers

On Tuesday, neighbors gathered at a county meeting to tell county and city leaders to do something about the aggressive panhandling.

"It's time for action," Bray said. "This is only getting worse. Please do something. Otherwise, we'll vote you all out."

Manatee Avenue and 75th Street in Bradenton was a known hot spot for panhandling. That was where Bray's tense encounter with the man took place.

"Ryan's issue kind of shined a light on it for everyone to see," Manatee County Commissioner Misty Servia said.

The county attorney is now researching ordinances from across the state as they look for solutions in the next 60 days.

"We have to approach it carefully so that we don't end up in a lawsuit that costs our taxpayers lots of money," Servia said.