81-year-old woman trapped in submerged car for 10 hours, rescued by kayaker and paddleboarder 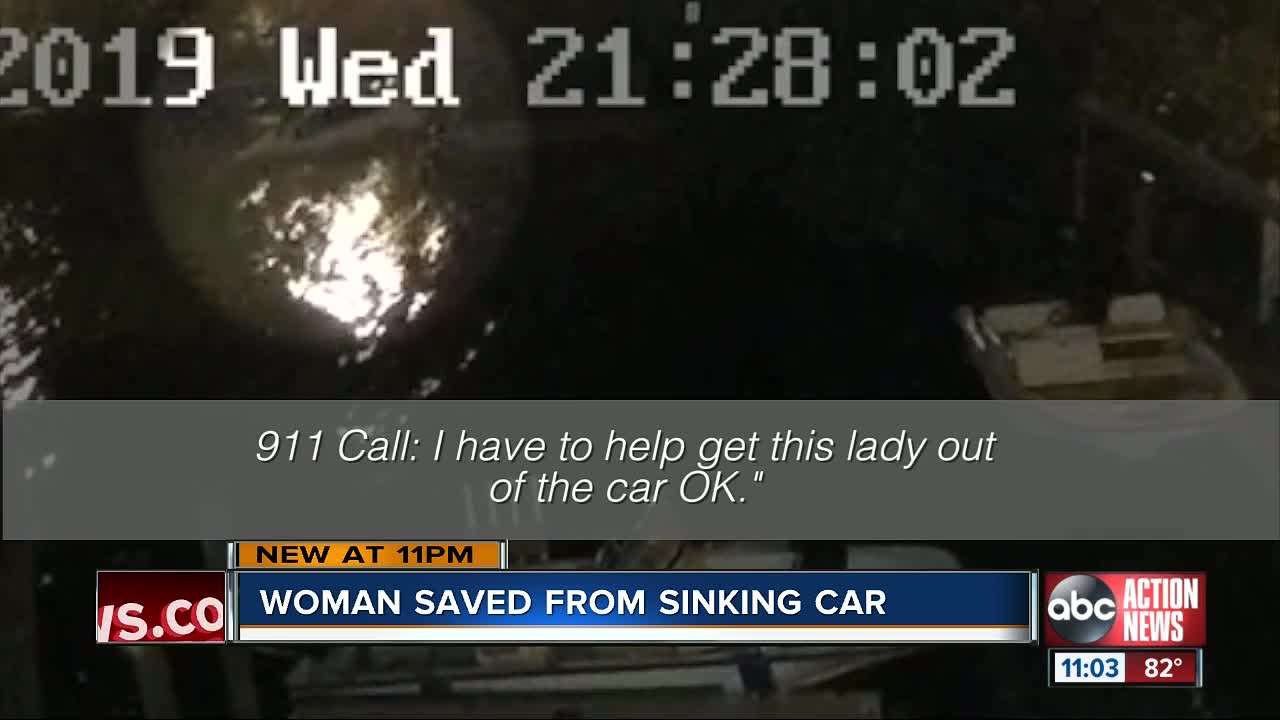 An 81-year-old woman is lucky to be alive thanks to a kayaker and paddleboarder who rescued her from a car that was submerged in water overnight. 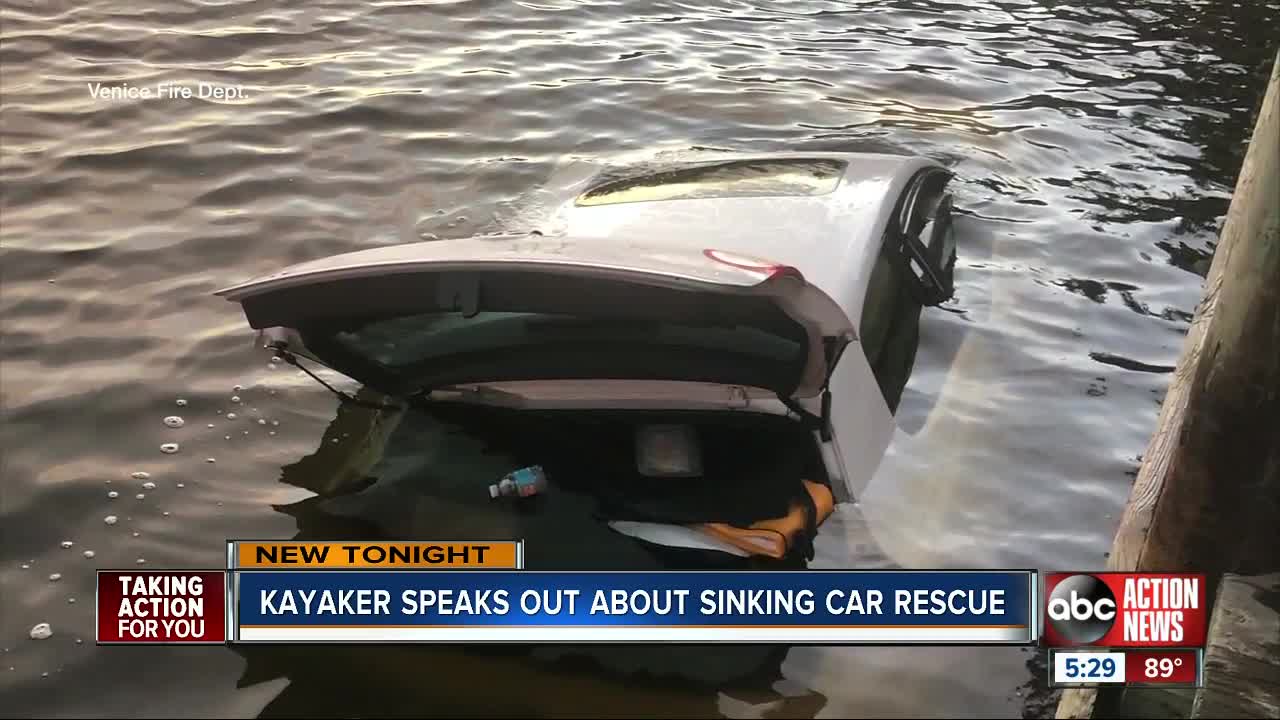 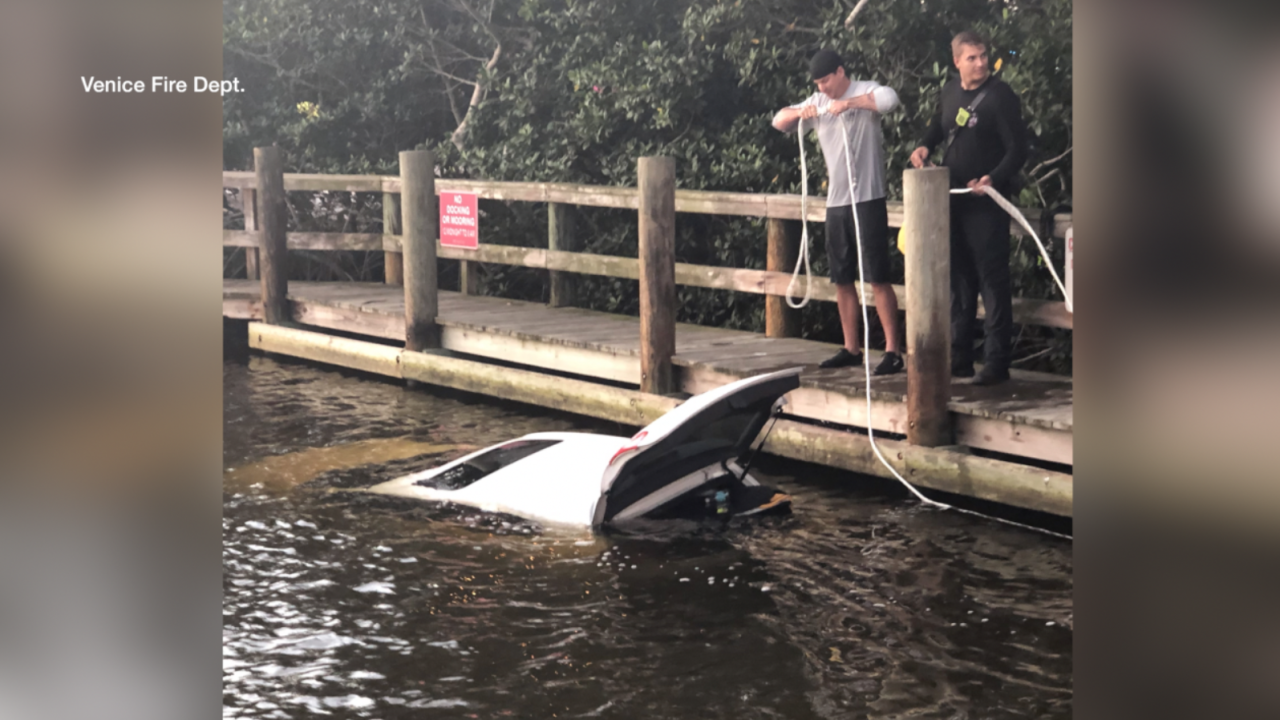 VENICE, Fla. -- An 81-year-old woman is lucky to be alive thanks to a kayaker and paddleboarder who rescued her from a car that was submerged in water overnight.

Police say the woman somehow drove her car into the water at the Higel Marine Park boat ramp in Venice around 9:30pm on Wednesday.

Kayaker, Rob Goodman, says he was loading his kayak into the water around 7 a.m. on Thursday when he noticed a few inches of the roof of a car in the water.

Goodman says he flagged down a paddleboarder, and that’s when they realized there was someone was in the car.

"As we approached the car her hand came out of the window and at that point we had to change the rules a little bit and the next thought was get her out. We got her out probably about a couple of minutes before rescue got here. And she was cold so I just held onto her until she was able to be taken over by rescue crews," said Goodman.

Firecrews say the woman had been in the water for nearly 10 hours with only inches of breathing room, and the tide was rising.

Goodman says he’s thankful the woman will be OK and that he was in the right place at the right time.

"Because there was nobody else her,e just him and I, so I thank the Lord that she’s good," said Goodman.

The woman was taken to a hospital but is expected to be OK. It’s still unclear how her car ended up in the water.