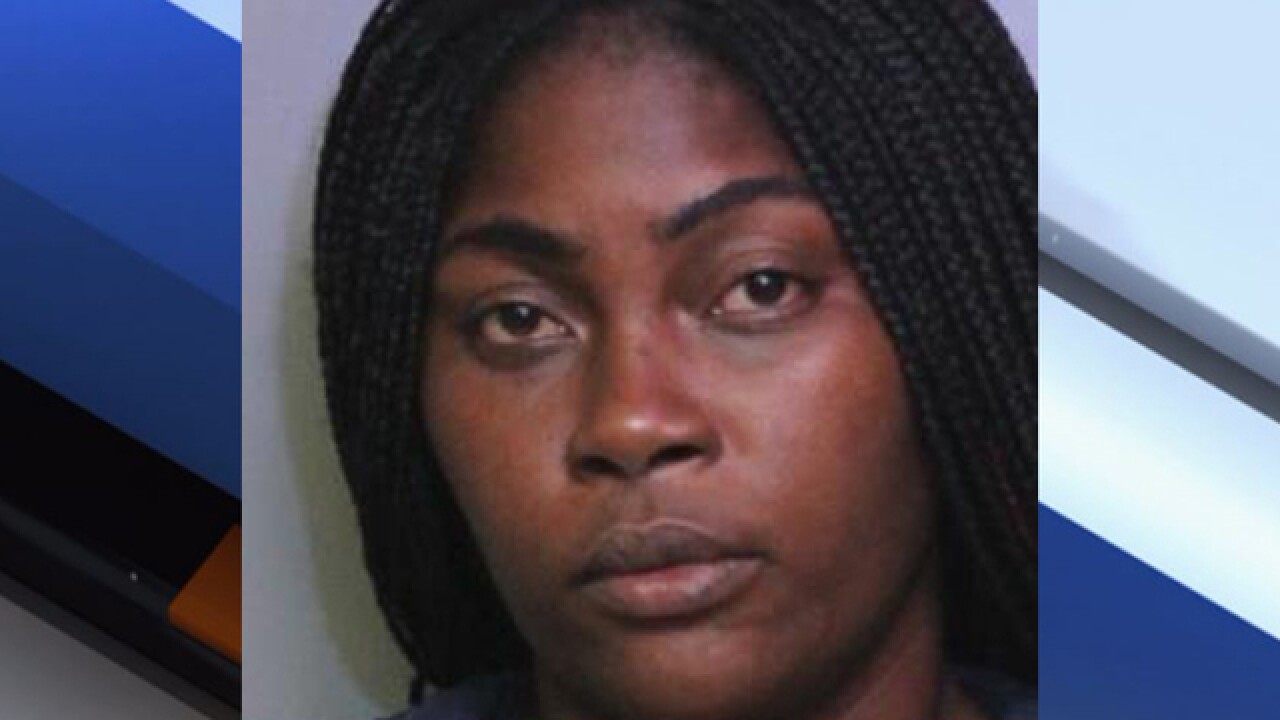 WINTER HAVEN, Fla. — A Winter Haven mom was arrested over the weekend after police say she crashed while driving drunk, and had four unrestrained children in the vehicle.

Officers say that on Nov. 4 at about 6:11 p.m., they responded to a traffic crash at 6th St. NW and Ave. L NW. Shawana Jones, 28, was driving one of the vehicles and told officers the traffic in front of her suddenly stopped and she couldn't stop in time.

Police noticed the smell of alcohol on her and performed field sobriety tests, which she failed. When the breathalyzer was conducted, she blew a .177, more than twice the legal limit.

Officers also found that four of the five young children in the car with her, ranging in age from four months to five years old, were unrestrained in the vehicle.

She said she was working with a local shelter to get restraint devices, but said she only had one. All five children were taken to Winter Haven Hospital with minor injuries. Jones was not injured.

The kids were turned over to DCF after being medically cleared. Jones was booked into Polk County Jail and charged with driving under the influence and five counts of negligent child abuse. She was also issued six traffic citations to include four for the children not being properly restrained, careless driving and failure to provide proof of registration.

"There is absolutely no excuse for someone, especially a mother, to put the lives of children in danger like Jones did," said Public Safety Director Charlie Bird. "It's bad enough when someone chooses to drive under the influence, but involving five very small children and not having proper restraints is inexcusable. We are grateful that the children only received minor injuries and nobody else was hurt."