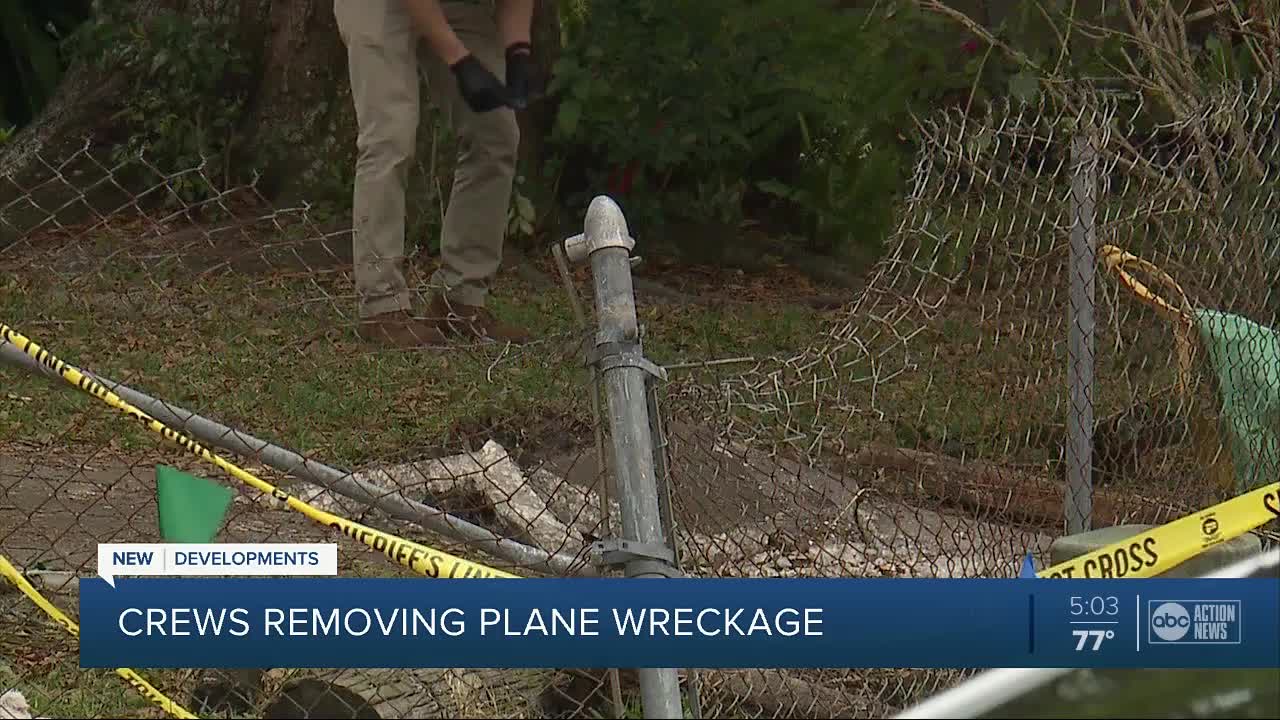 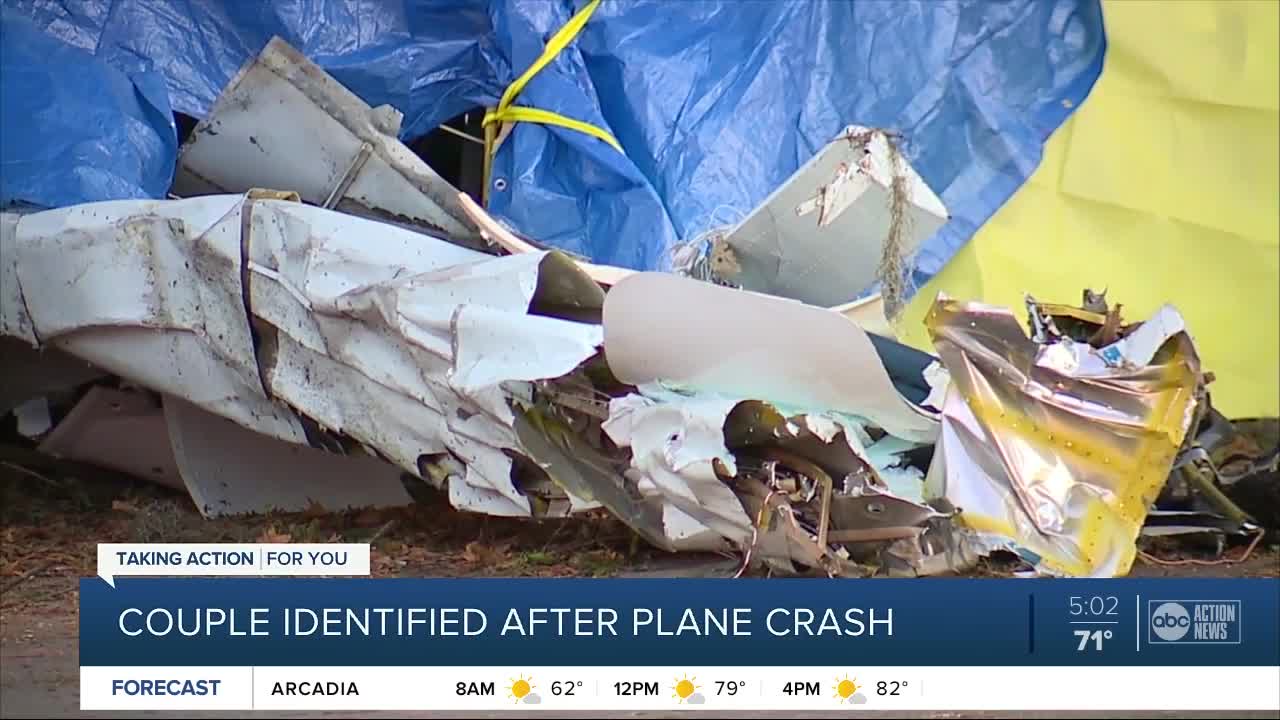 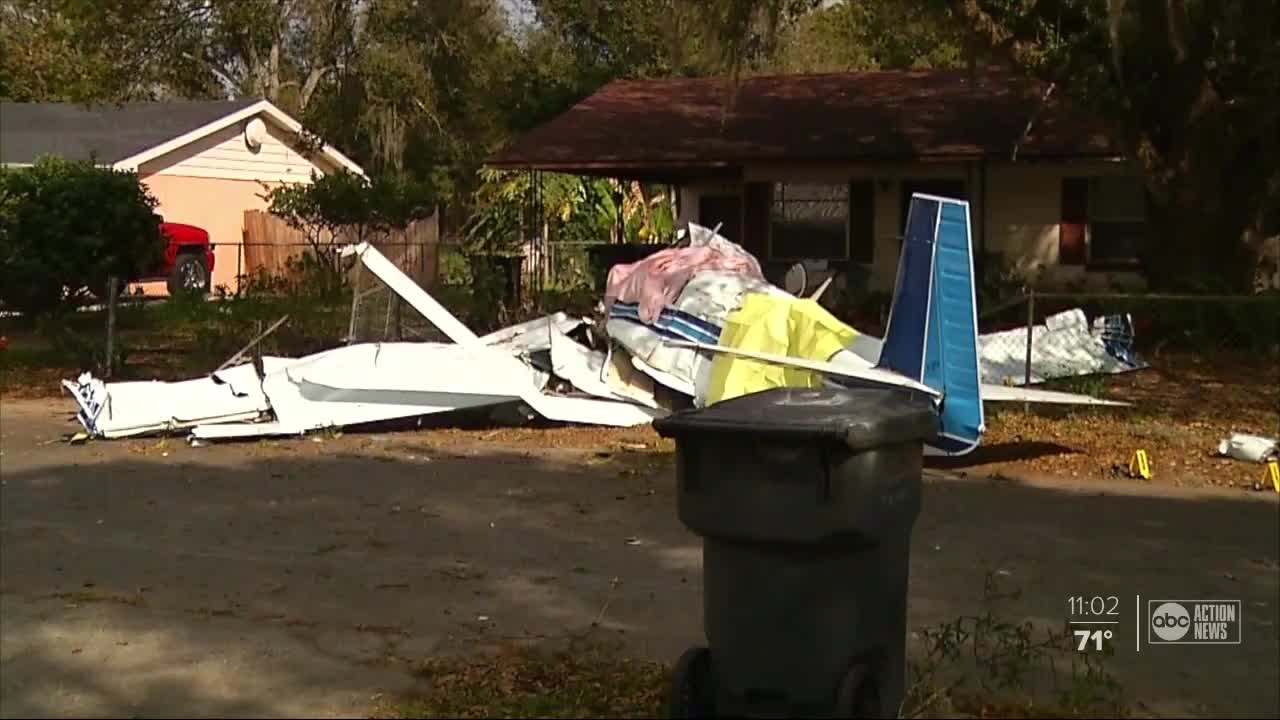 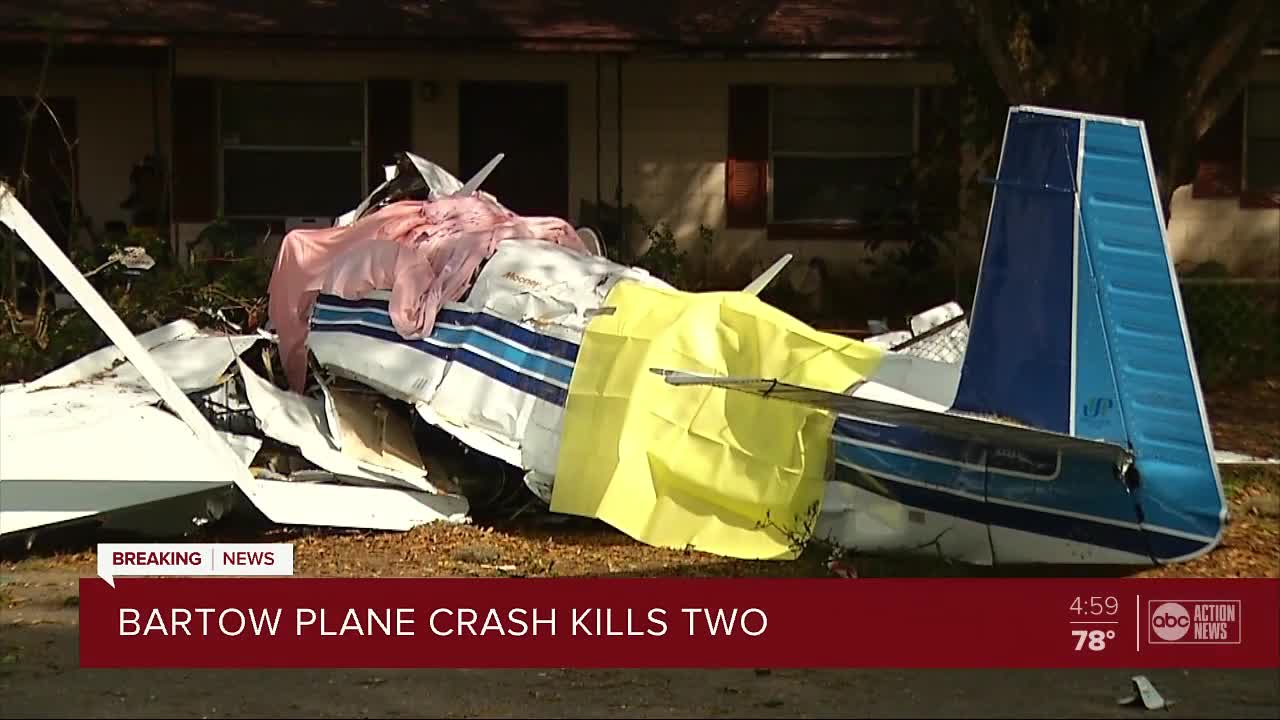 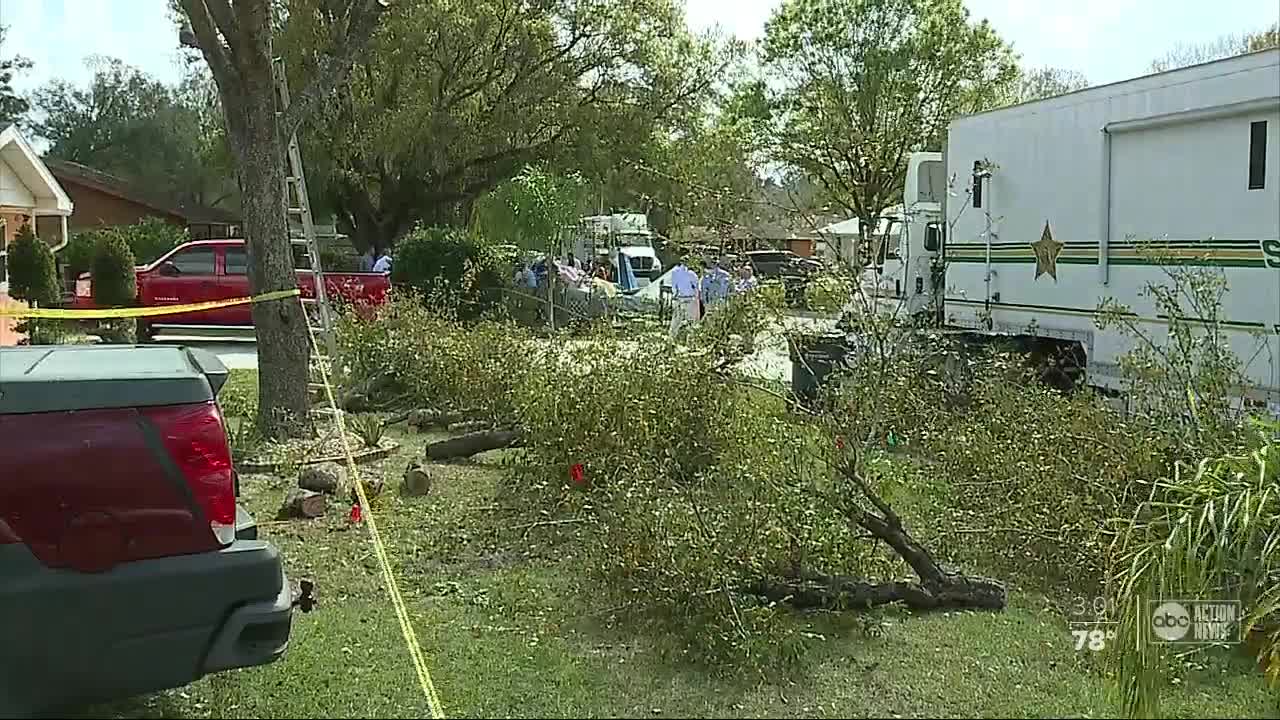 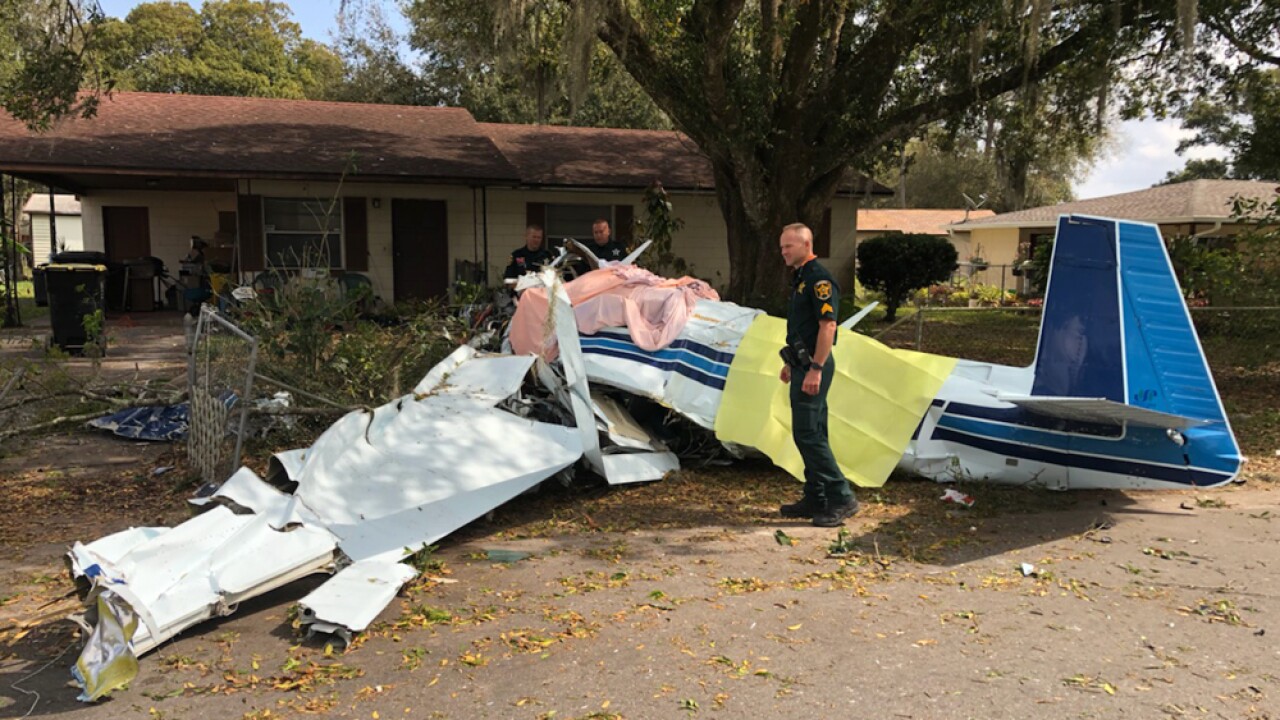 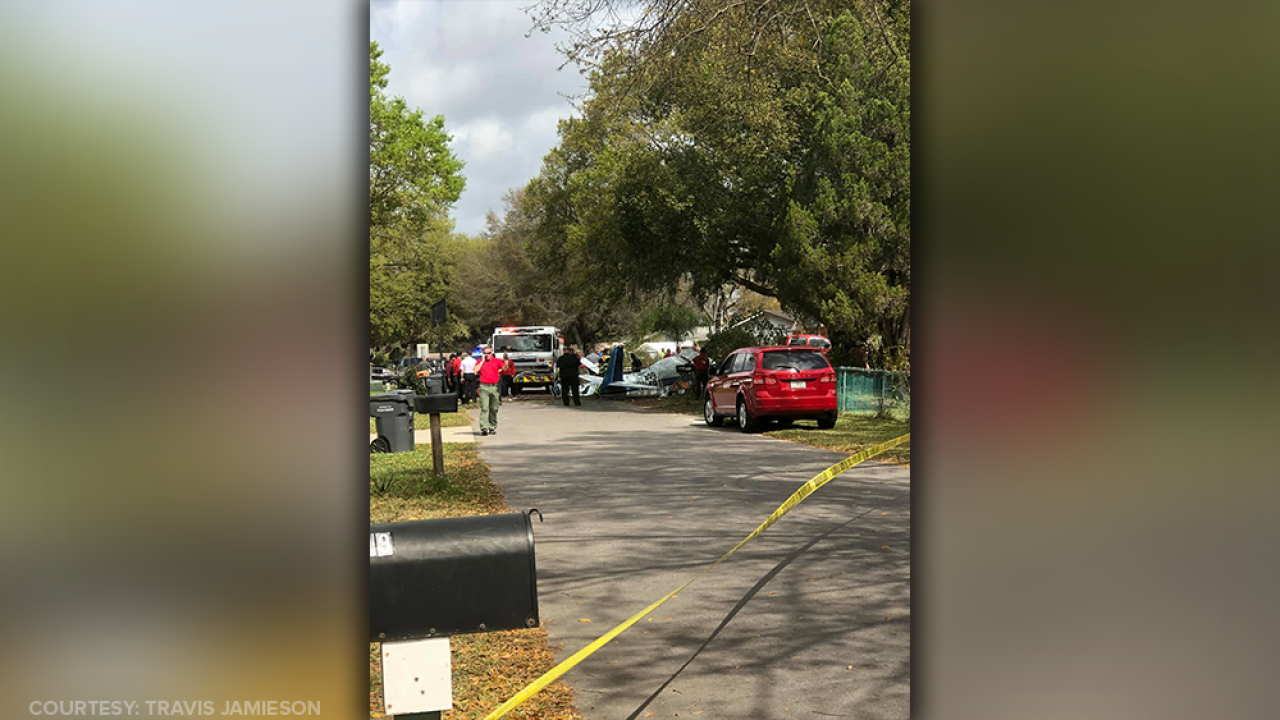 BARTOW, Fla. — Polk County Fire Rescue said a couple was killed when a plane crashed in Bartow on Thursday.

Polk County officials said when they arrived, crews found a single engine fixed-winged land based aircraft down in the front yard of the residence. The Polk County Sheriff's Office identified the two people killed in the crash as 73-year-old Bonnie Powell and 76-year-old Dennis Powell. The couple was from Port Orange, Florida, according to deputies.

According to the sheriff's office, the Powells with in contact with Bartow Airport and were intending to land. Authorities say they were no unusual or warning communications from the plane prior to the crash.

"As soon as I looked at them, there was nothing I could do, nothing at all. I wish I could have saved them," said neighbor April Merrill.

Christopher Hernandez said he was in his car when the plane crashed. He heard the impact.

"Heard the plane kind of sputtering and then nothing then you heard stuff coming into the trees real quick and right after that it was the plane. Just a big boom," said Hernandez.

Neighbors said a propeller knocked out a car window.

No residents in the surrounding area were injured.

"You know there are people that care about them and now their whole life is gone in a blink of an eye. It goes to show you how quick you can lose your loved one and how you can't take your life for granted," said Merrill.

The Federal Aviation Administration and the National Transportation Safety Board are investigating the crash.

According to the sheriff's office, the couple was in communication with the airport prior to the crash and had intentions of landing. There was no unusual or warning communications from the airplane.