Bears on the move searching for a mate 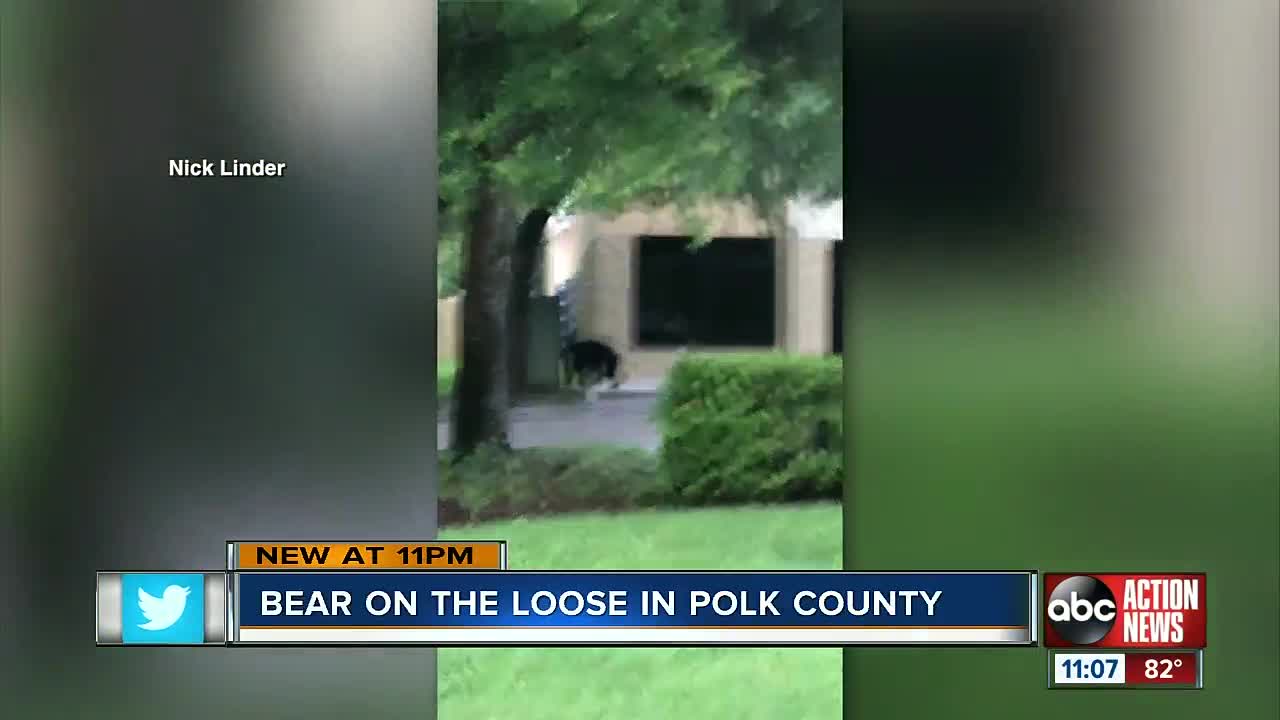 The Florida Fish and Wildlife Conservation Commission and local agencies took reports of bear sightings starting on June 16. Wildlife officers believe these sightings involve the same bear. In June, bears may travel more widely in search of a mate. 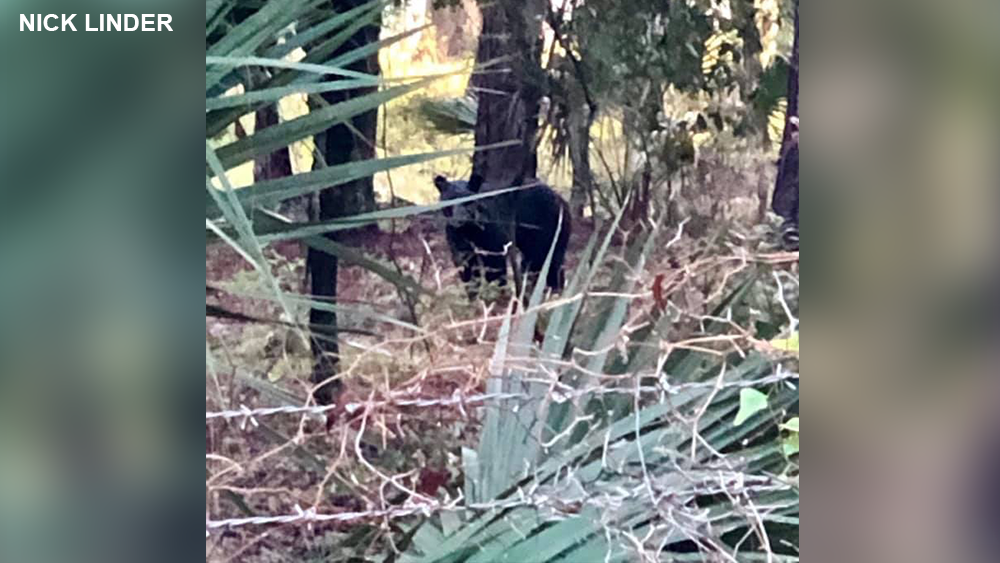 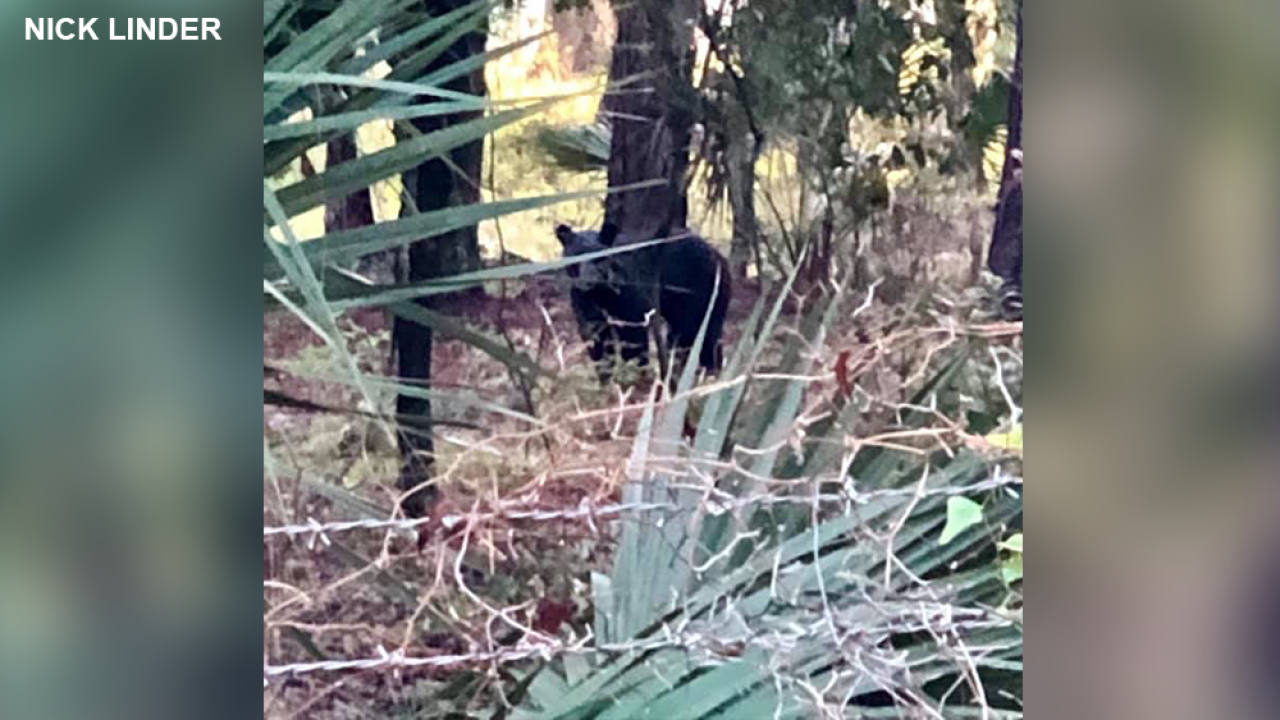 A bear was spotted on Drane Field Road in Lakeland near the airport.

Nick Linder took video of the bear on Monday around 7 a.m.

Pamela Simmons spotted the bear the day before on Sunday.

"I saw movement out of the corner of my eye. My first thought was wow that's a really big dog," said Simmons.

Simmons said she was in her garage at her home on Ewell Road in Lakeland.

"I was like okay it's definitely not a dog and I'm pretty sure I know what it is. My mind was really not accepting it cause it was right here," said Simmons.

Simmons said she removed all bird feeder from her yard. About three weeks ago, she said bird feeder on her back patio was scattered all over the place.

"The bag had been torn open and bird seed was all over the porch and the screen door was open. I assumed it was raccoons, but now I don't know," said Simmons.

Noralynn Anderson saw the bear around a lake in Plant City. She said her community, "Walden Lake Community Association," posted about the bear sighting on its Facebook page.

"My initial reaction was shock. I looked for a little while until I absorbed what I saw," said Anderson.

Wildlife officers said sightings this time of year are not uncommon. Juvenile bears are leaving the family unit and looking to establish an area of their own. Also, June is the start of bear breeding seasons and bears may travel more widely in search of a mate.

FWC urges the public not to approach a bear if they see one and to keep a safe distance. If you do encounter a bear at close range, do not run.

Instead, wildlife officers said speak to the bear in a calm assertive voice and slowly back up while leaving the bear with a clear escape route.