Taking Action for You: Polk Co. railroad to be fixed after drivers complain

Taking Action for You: Polk Co. railroad to be fixed after drivers complain

A Polk County railroad crossing is in shambles.

ABC Action News first told you about this particular crossing a few weeks ago, when reporter Andrea Lyon addressed the issue with CSX, a company that owns the crossing property.

According to drivers the railroad is a potential risk to not only the vehicles but those inside.

Many say, it’s an accident waiting to happen.

“I was driving into work and I noticed that something looked a little different,” Dave Rowaland said, after our report aired about the Lake Alfred crossing.

Dave Rowland was the first driver to point out the railroad, in need of a good makeover.

ABC Action News then spoke with Polk County commissioner, Bill Braswell who says the railroad has looked like that and only gotten worse for at least the last twenty years.

“There is safety concerns in vault with this incident,” Rowland said.

After our story aired, CSX did make immediate changes, but not anything Rowland was excited about.

“I pulled over and took a picture of it and I was like, ‘oh wow, interesting’” Rowland said.

He sent the picture to ABC Action News. 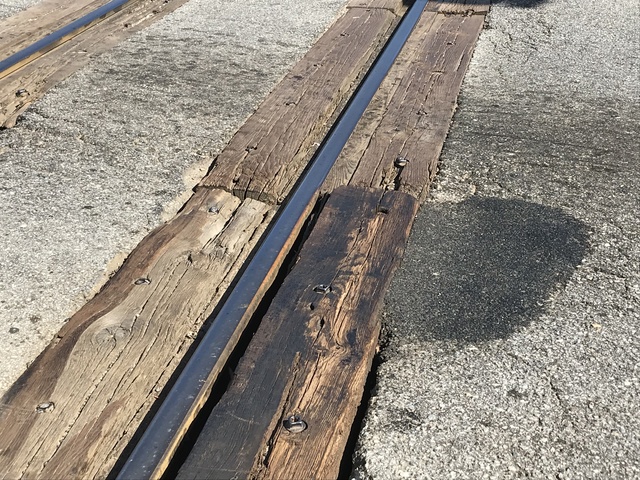 The image showed a small amount of tar poured into a hole in the tracks.

“A start” a text said from Dave Rowland.

But for drivers, it wasn’t enough and Dave was hoping this wasn’t CSX’s only answer.

“I was like while I appreciate they came out and did something, that’s not good enough,” He said.

CSX is aware of the condition of the grade crossing at North Buena Vista Drive in Lake Alfred and we are coordinating closely with Polk County officials to schedule maintenance work there. County officials will temporarily close the road and post detour signs, allowing CSX crews to replace the rail, crossties and asphalt, which will provide a safe, smooth surface for drivers. We are working to schedule this project before the end of the year, and it is expected to take five to seven days, barring any severe weather or other unforeseen delays. Maintenance work like this is critical to the safety of both train operations and roadway traffic, and CSX stands ready to begin work once materials, crews and road closures are in place.m - Rob Doolittle, CSX

“They need to come out and take responsibility and do it right,” Rowland said.

And he may just get what he was wishing for.

CSX says by the end of 2017, they plan on working with Polk County officials to schedule maintenance. The road will be temporarily closed at some point and CSX will be replacing the rail. According to the statement, work should only take about 5-7 days.