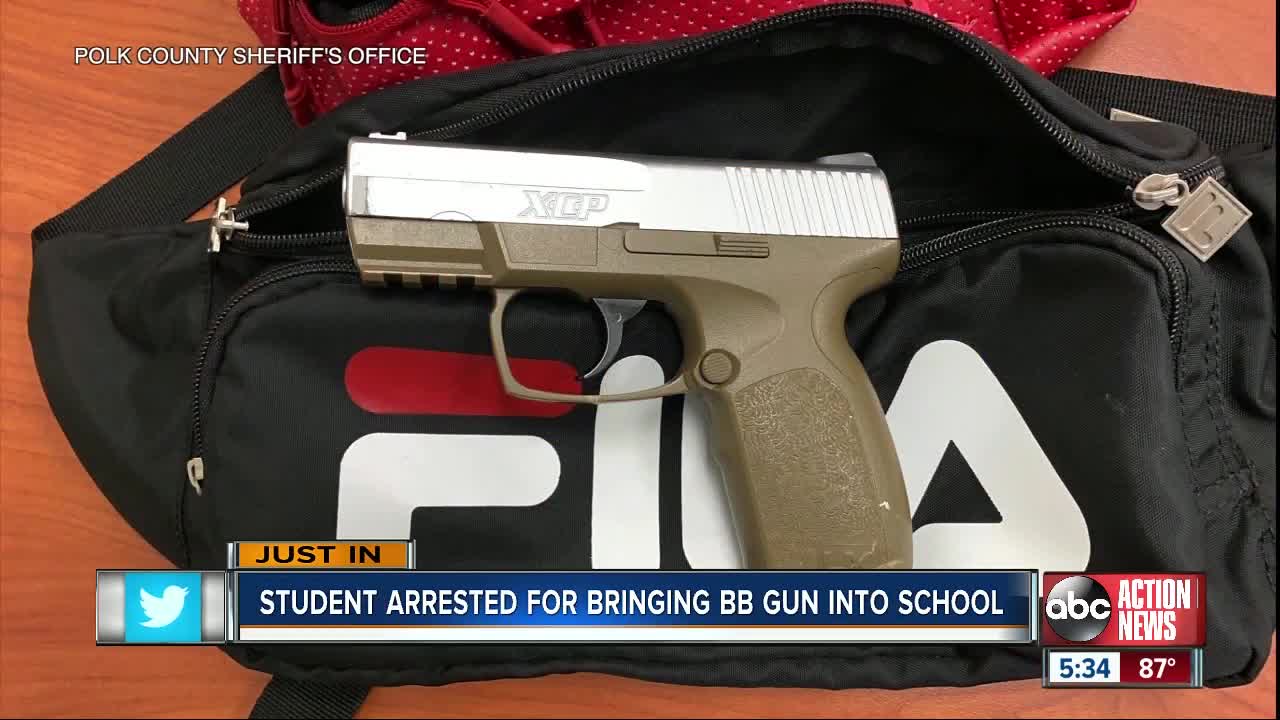 A student at a school in Lakeland is accused of bringing a BB gun to campus. 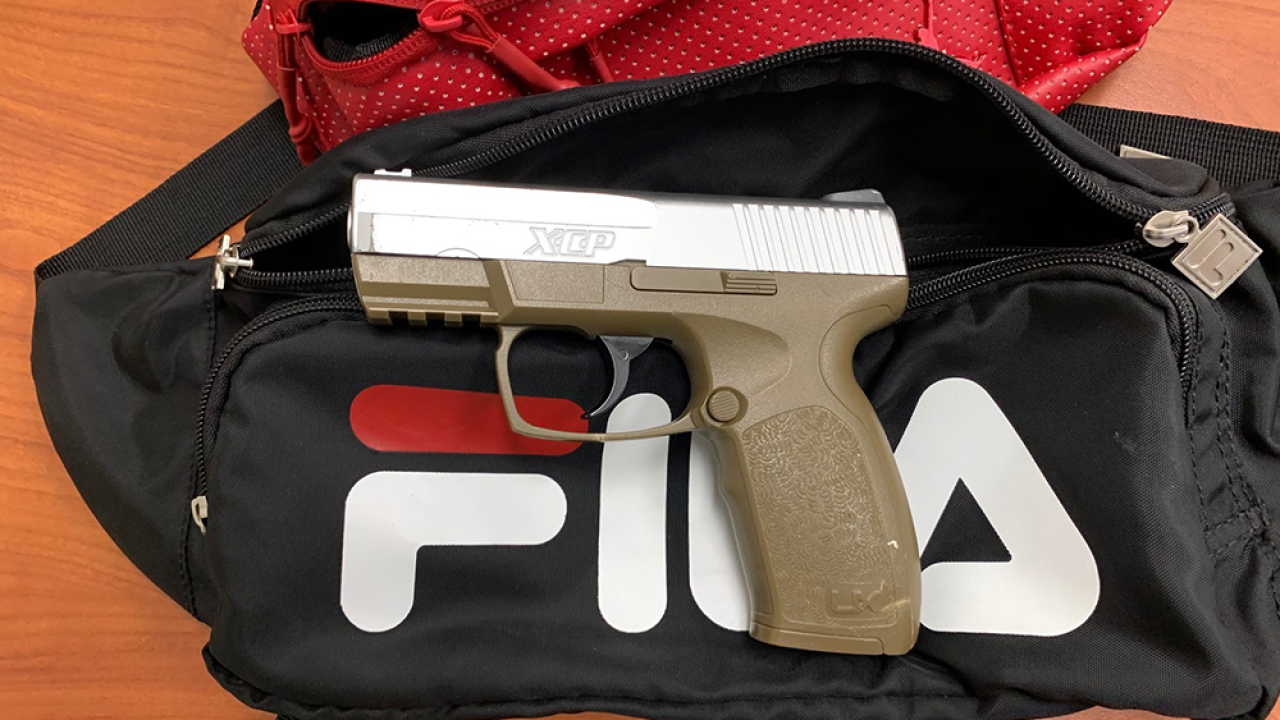 LAKELAND, Fla. -- A student at a school in Lakeland is accused of bringing a BB gun to campus.

Staff with the REAL Academy on Mt. Airy Avenue responded to a tip form a student saying they witnessed another student possessing a firearm in one of his two fanny packs. Once the school was able to locate the suspect student, they began searching his two fanny bags, according to the Polk County Sheriff's Office.

Following a search, the school found a silver and tan BB gun. The student told authorities he brought the BB gun to school because he was afraid of being bullied at school.

Deputies received several written statements from other students saying the suspect student "made verbal statements that he had a gun in his fanny pack and would shoot people on the bus if they did not stop messing with him."

Deputies then investigated the suspect student's phone and saw over 10 images relating to the street gang, the Bloods. The suspect student denied being affiliated with the gang and said his older brother had saved several of the images on his phone.