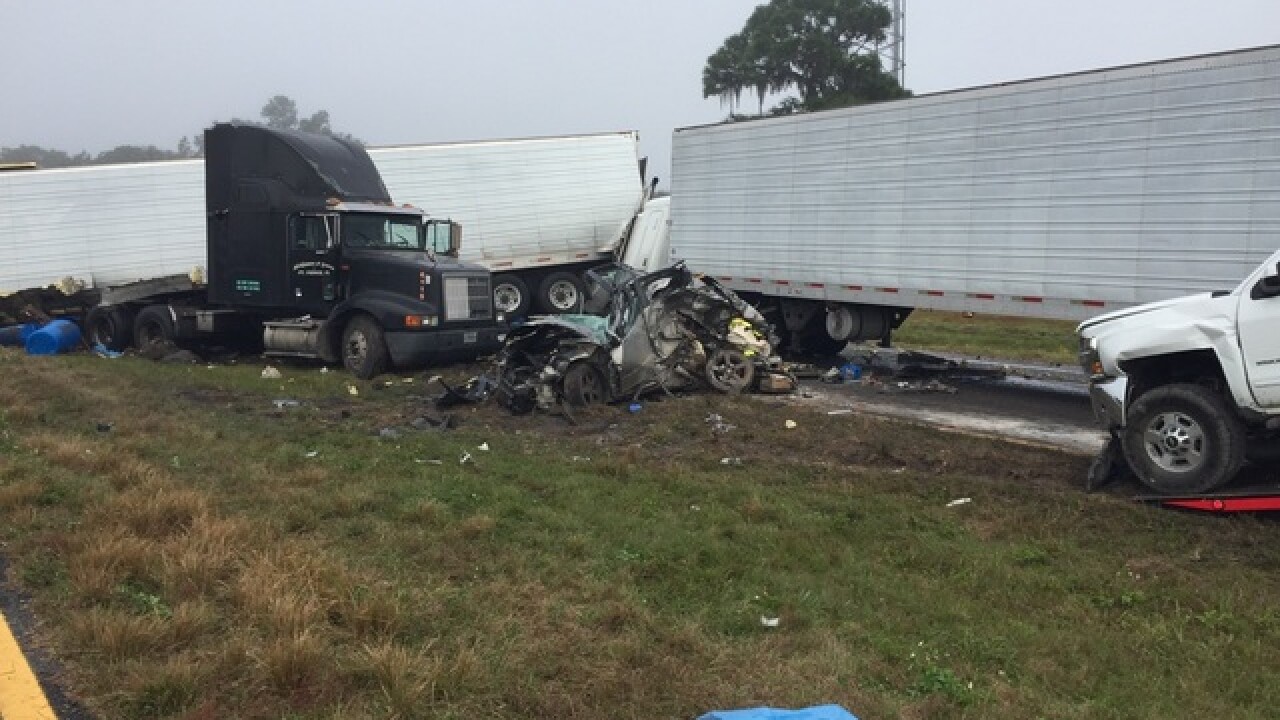 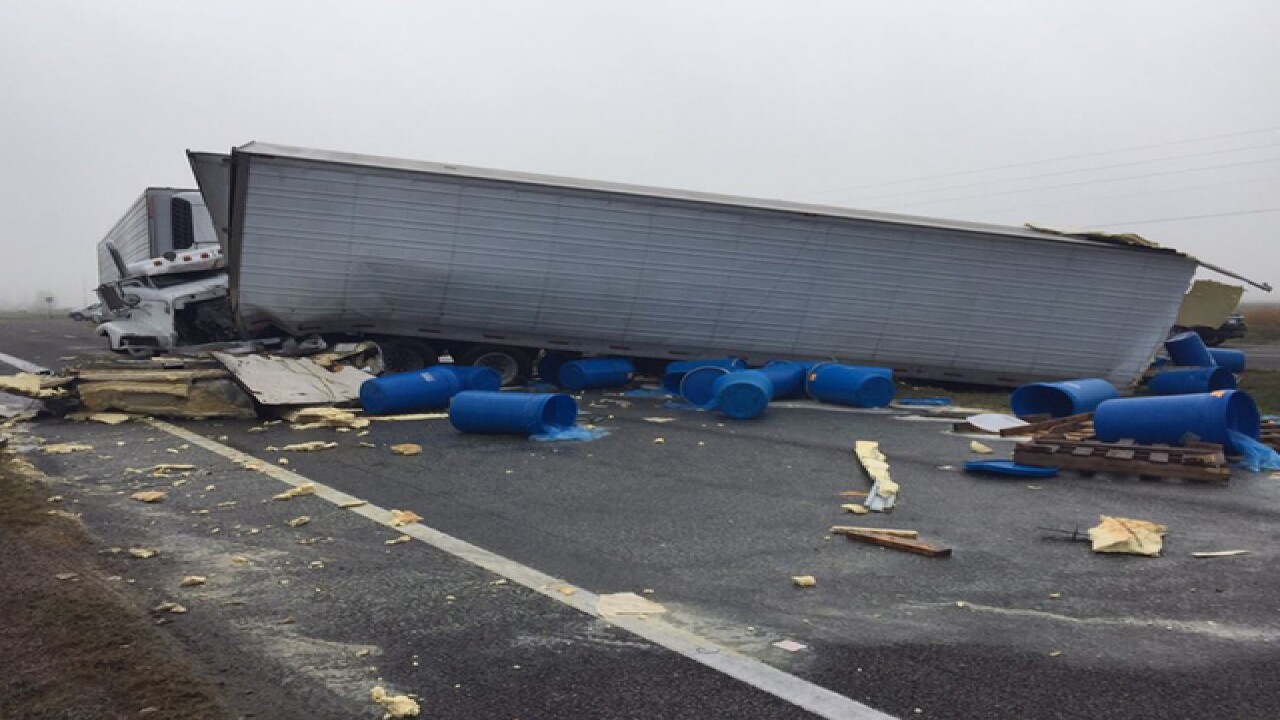 The driver of the first semi has been identified as 36-year-old Omar Almestian of Davenport.

Christopher Baker, 32, of Dundee was the driver of the third semi.

The driver of the Saab SUV was 46-year-old Christopher Ellis of Fort Meade. He was listed in stable condition at Lakeland Regional Medical Center being treated for non-life threatening injuries.

Jarrett Kelly, 21, of Zephyrhills, was driving the Chevy Silverado.

The driver of the Ford Focus, which was hit by a barrel in the eastbound lane, was Abraham Rodriguez, 29. of Haines City.

The crash left one man injured and fuel and orange juice spilled on the road.

Deputies say at approximately 6 a.m., two semi-tractor trailers were heading westbound in the outside lane of SR 60 East near Logistics Parkway. For unknown reasons, the second semi rear-ended the first semi, causing it to jack-knife in the road.

The adult male driver in the SUV was transported to the hospital and is listed in extremely critical condition.

There were no other injuries involved in the crash.

Deputies on scene say the fog was very heavy in the area. They are asking motorists to slow down, use low-beams and avoid the area of the crash completely.